JEFFERSON COUNTY, Colo. (CBS4) - A brush fire that burned along Highway 285 on Wednesday afternoon forced the evacuation of dozens of homes but they've been lifted and the fire is reported to be 100 percent contained. 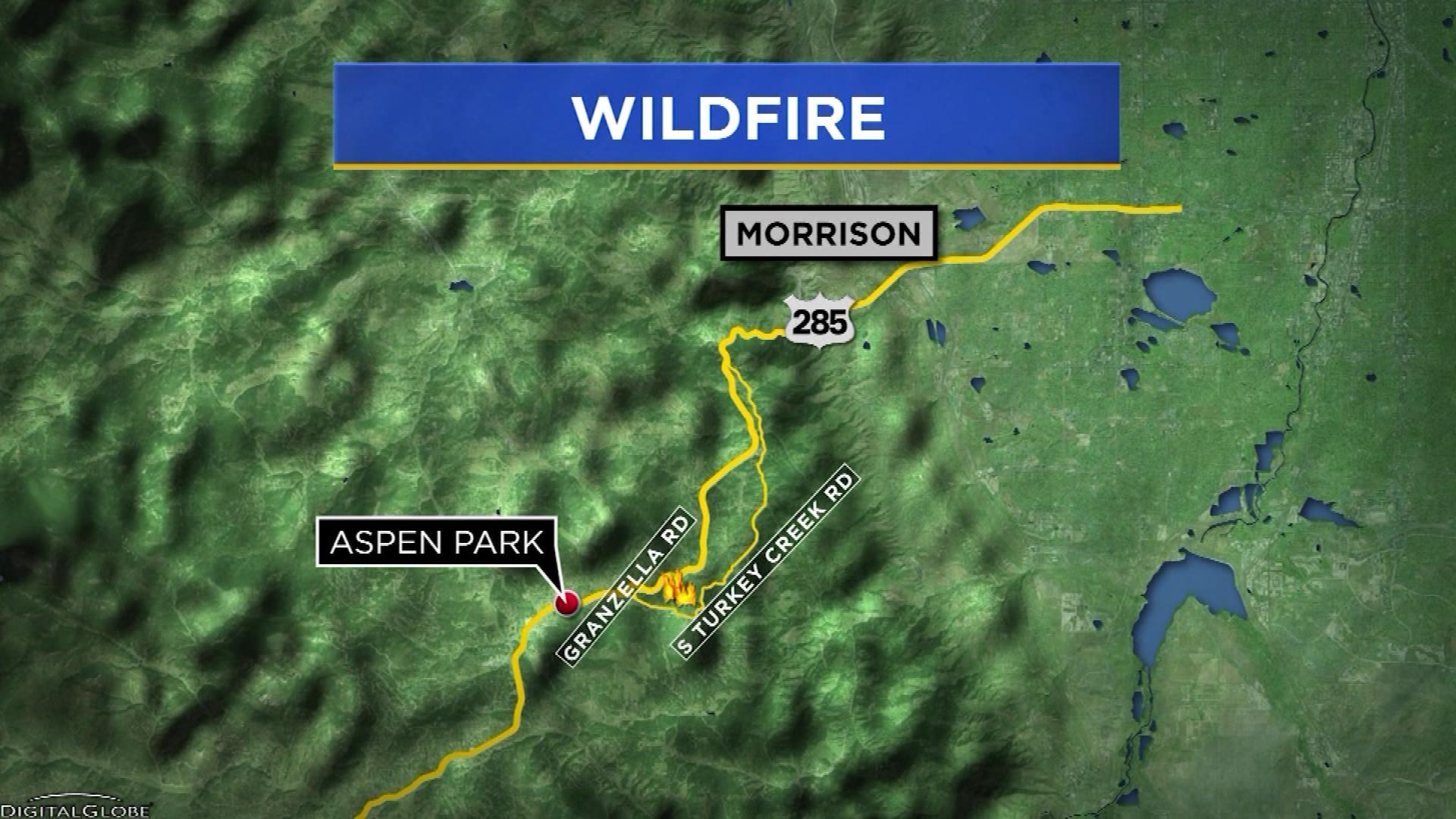 Thirteen to 14 homes on Rock Ridge and Granzella roads were evacuated. Another 25 to 30 homes in were also evacuated in the area. A Level 1 notice was issued for others to prepare to evacuate.

The fire broke out along the highway near South Turkey Creek Road. The evacuated homes included the Arrowhead Manor Bed and Breakfast.

The fire was estimated at approximately six acres.

Smoke could be seen billowing from the area from the CBS4 Tech Center camera.

There were five different fire departments that worked the fire with between 30 to 40 firefighters.

What caused the fire is being investigated.

Highway 285 was reopened to traffic at 3 p.m. once crews got the fire contained.