RIFLE, Colo. (CBS4) - Being rattled awake in the middle of the night by an earthquake isn't a common occurrence in Colorado, and when it happened to Rachel Opstein she wasn't sure what was going on. Opstein lives in the Rifle area, one of two different places in the state where earthquakes were recorded on Friday.

"I thought it was thunder but I woke up to a loud noise," Opstein told CBS4.

The overnight earthquakes rattled nerves and surprised several people like Opstein. The first hit in southern Colorado at about 2 a.m. The U.S. Geological Survey in Golden says it hit 24 miles from Trinidad, near the New Mexico state line and was a 3.2 magnitude quake. 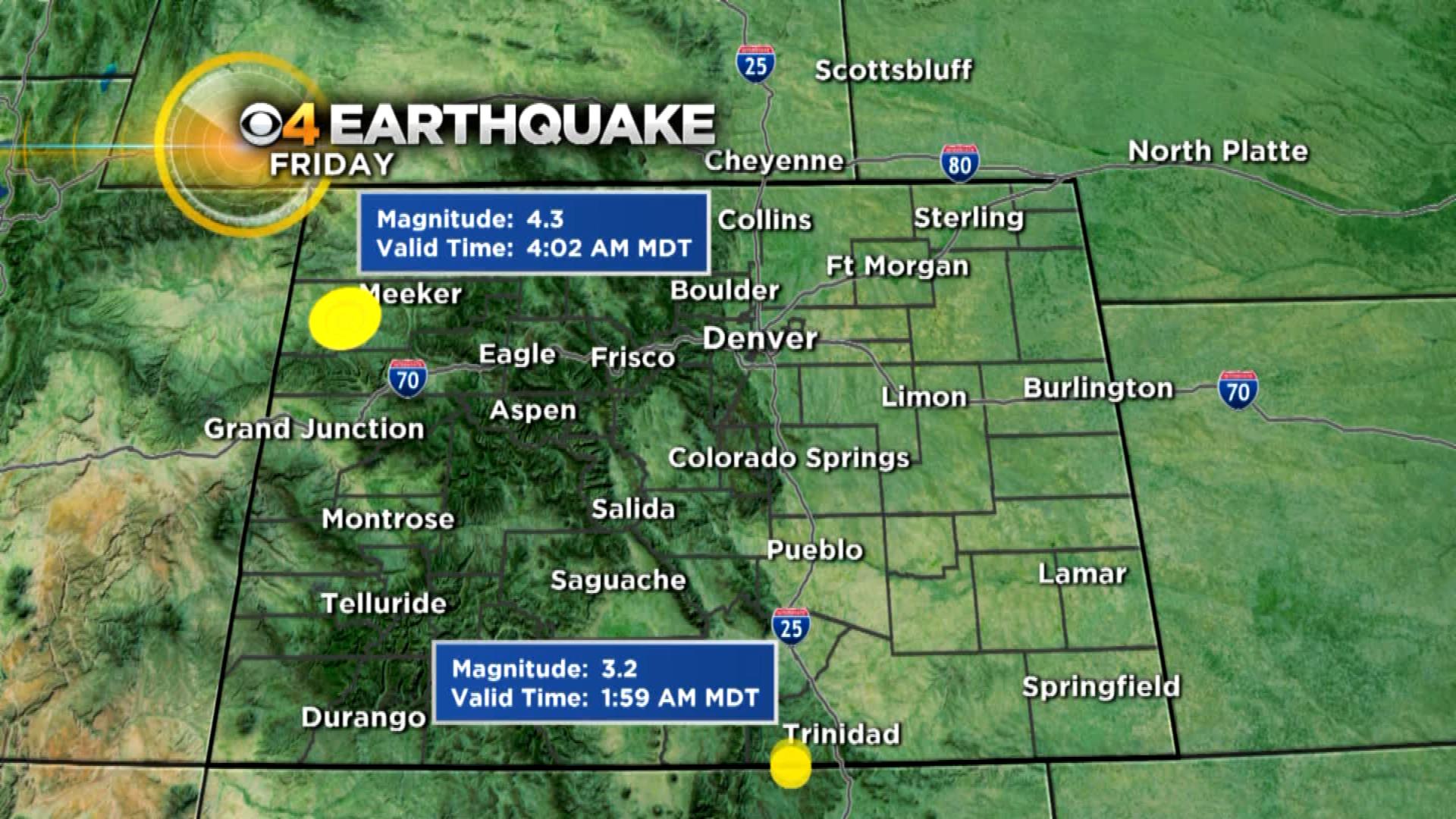 Later there was a more powerful earthquake in northwest Colorado, 26 miles northwest of Parachute.

While it was three miles deep, Opstein and others could feel it a few minutes after 4 a.m. She lives north of Rifle.

"I felt the house shaking. And I thought it was thunder at first and I thought I was dreaming, but I wasn't."

She said her son came into her bedroom.

"He said 'Mom I think a car hit the building.'"

There were no reports of damage in Parachute, according to Mayor Roy McClung.

While McClung slept through it, he has heard stories of people like Opstein who were shaken awake.

"It's like when thunder hits your home but it was a little stronger than that," said Opstein. "Our birds, they were actually flying around and chirping and just going nuts."

Opstein said her husband was snoring, but she woke him up, not knowing what was happening.

"We thought maybe someone was intruding in our home so we brought our guns out and we started searching our house for it."

Finding nothing, they eventually fell back asleep. Only later did she learn from a family member there had been an earthquake.

The USGS in Golden said it was a 4.1 magnitude earthquake. About an hour and fifteen minutes later, a smaller 2.9 magnitude temblor followed. There is oil and gas drilling in the general area, but scientists did not know if there was a connection. There have been earthquakes in some parts of the country associated with the injection of wastewater from drilling and fracking operations back into the earth.

Rachel took the earthquake in stride and a story to tell. "I guess that's one thing I check off my list."

Alan Gionet is anchor of CBS4 This Morning and reports on a wide variety of issues and "Good Question" stories. He started at CBS4 in 1994. Follow Alan on Twitter @AlanGTV or on Facebook.