DENVER (CBS4) - We have a fascinating weather pattern in place over Colorado right now thanks to our beautiful and tall Rocky Mountains. Check out this high temperature map for Saturday! Denver and the eastern plains will be anywhere from 20-40 degrees colder than locations in the mountains and on the western slope. 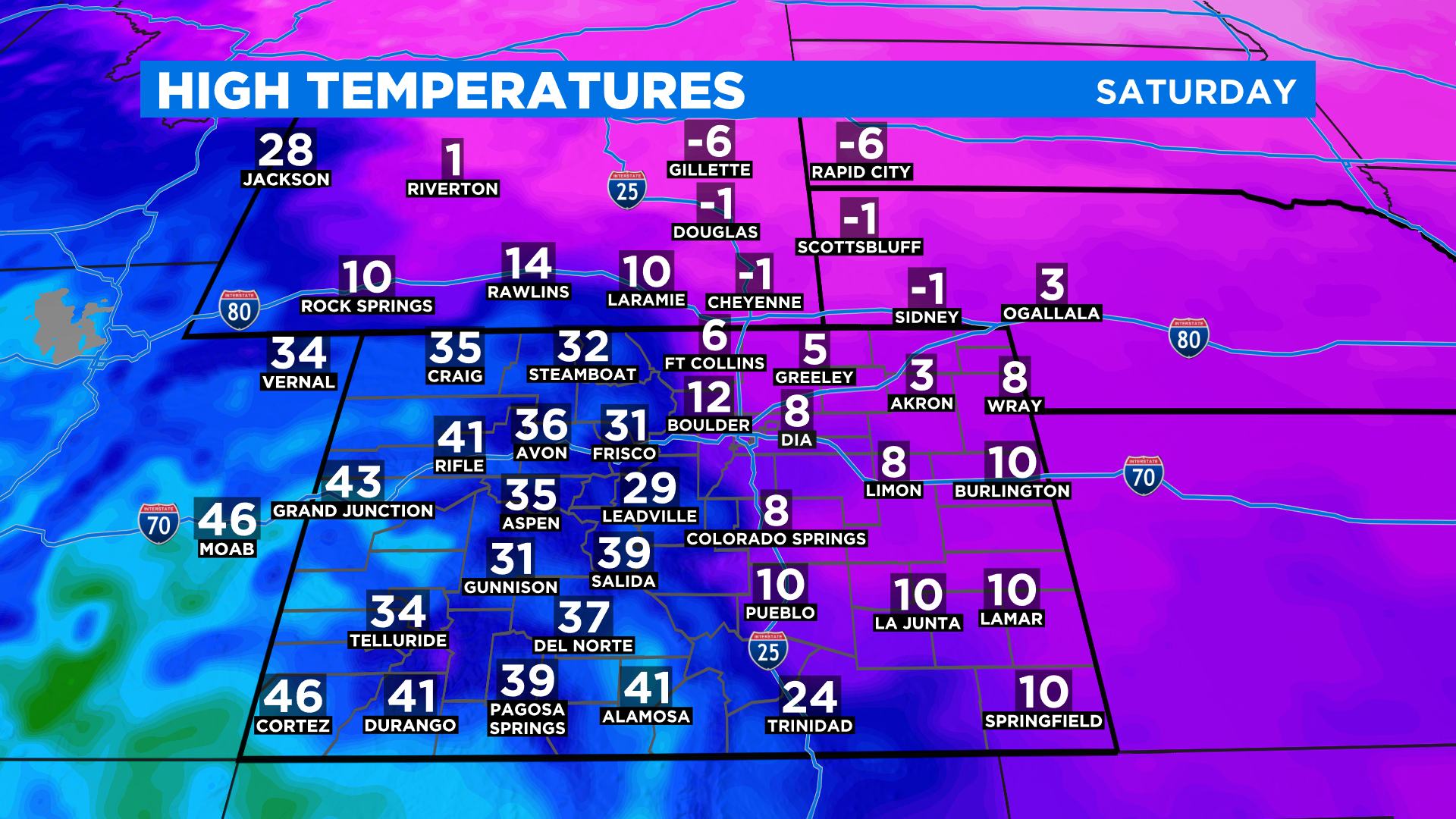 For those living in the foothills west of Denver between 7500 and 8500 feet it has been a wild temperature ride over the past few days thanks to a massive pool of cold air stuck against the base of the foothills. The region has been under a massive temperature inversion for days.

The air just a few thousand feet above Denver right now is literally 20-30 degrees warmer than it is at the ground. We can see this in the data from the Saturday morning weather balloon launched out of Denver's Central Park neighborhood. (image below)

Take a look at the map below showing temperatures around 7 a.m. on Saturday along the Front Range between Colorado Springs and Cheyenne. The cold arctic air mass on the eastern plains, which is only a few thousand feet thick, had temperatures near zero or colder. Because cold air is dense and sinks it cannot get up and over the higher terrain west of Interstate 25.

RELATED: Denver Weather: Snow, Record Cold On The Way, Temps Could Near -20°F By Monday 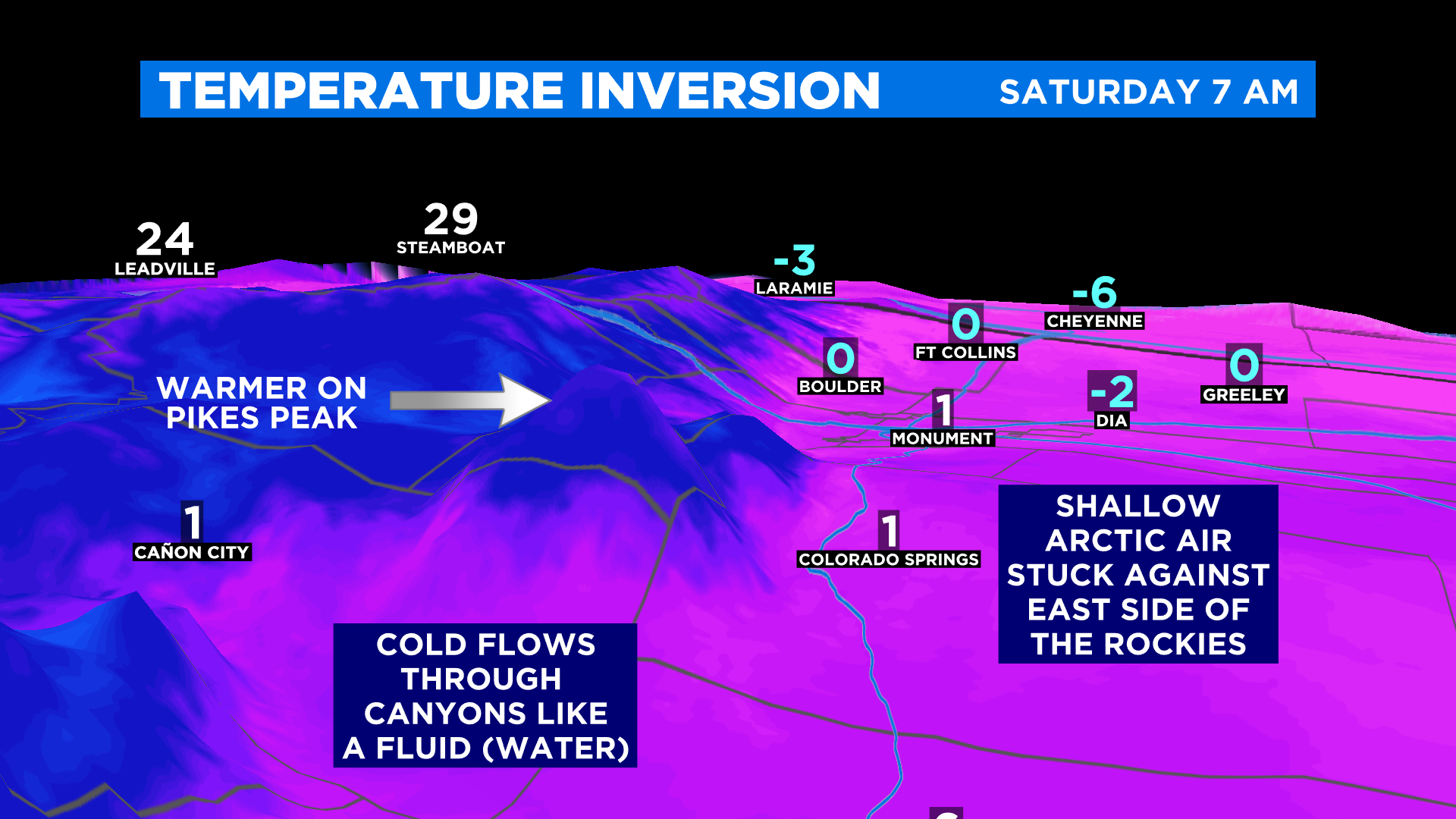 Now for the rest of the explanation you have to think of the atmosphere as a fluid. Picture the ocean in your mind. The cold air is able to flow into canyons and through river valleys along the foothills which is why it was so cold in Cañon City.

But remember cold air is dense and it can't go up unless there was something to force it like a front. This is why you can see features like Pikes Peak literally sticking out of the cold on this 3-D map.

Now back to the ocean analogy. On top of this cold air there are waves sloshing up against the foothills. When a wave crests, elevations at the top of the air mass (between 7,500 and 8,500 feet) briefly feel the cold air. When the waves retreat back to the plains those locations warm back up. 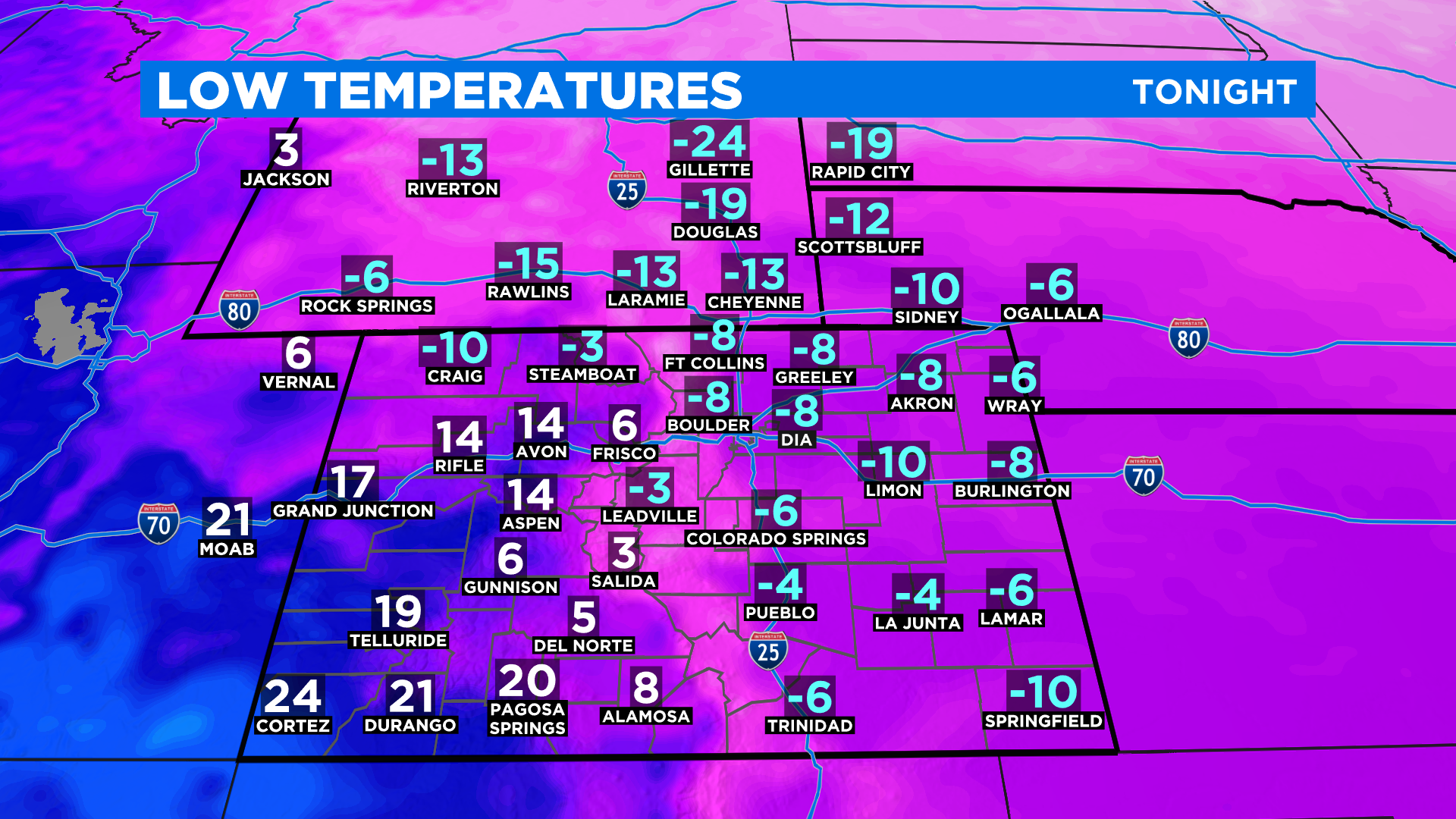 A second surge of cold air will move into the state tonight and it should deepen the cold air in place right now, meaning it will get thicker. This should allow the colder air to climb in elevation and spill over the Continental Divide and into western Colorado.

While the mountains and western slope will be much colder on Sunday it will not be nearly as cold as Denver and the eastern plains where some high temperatures will remain below zero. It's shaping up to the coldest Valentine's Day on record for places like Denver. 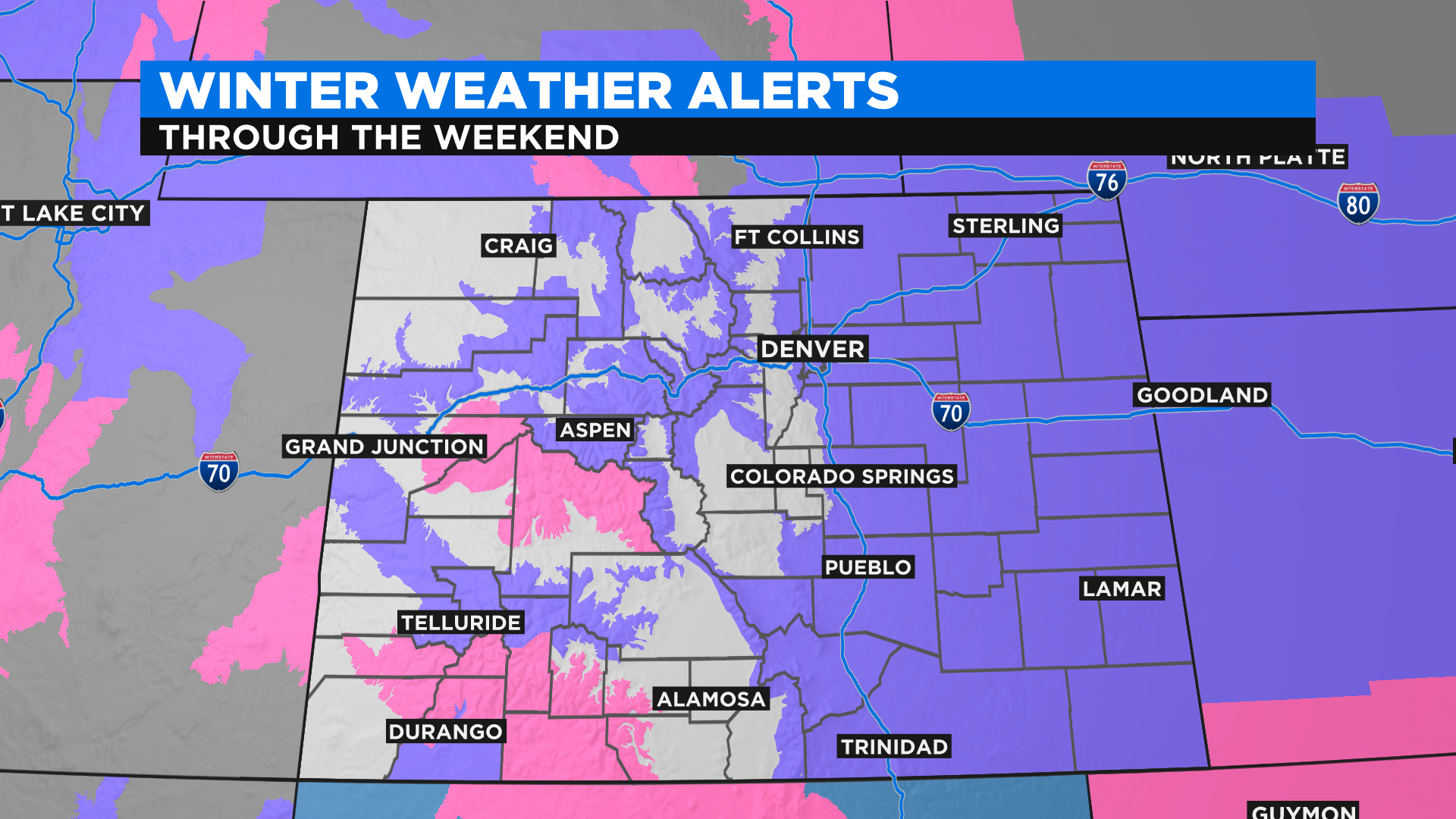 Meanwhile a storm will be moving across the region tonight and it will produce more snow across the state. We could see several inches in the mountains with some places in the southwest part of the state approaching a foot of new snow. 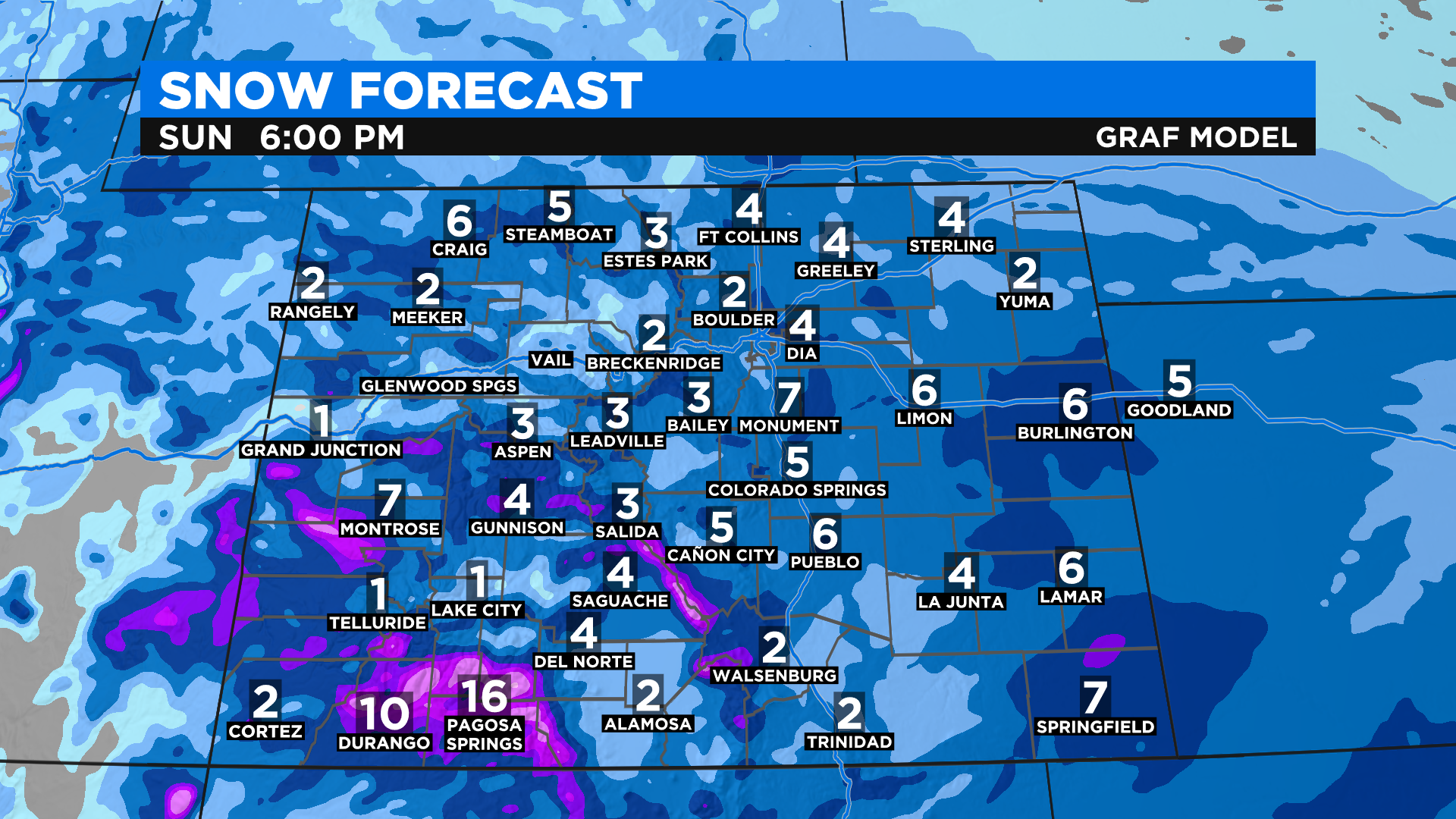 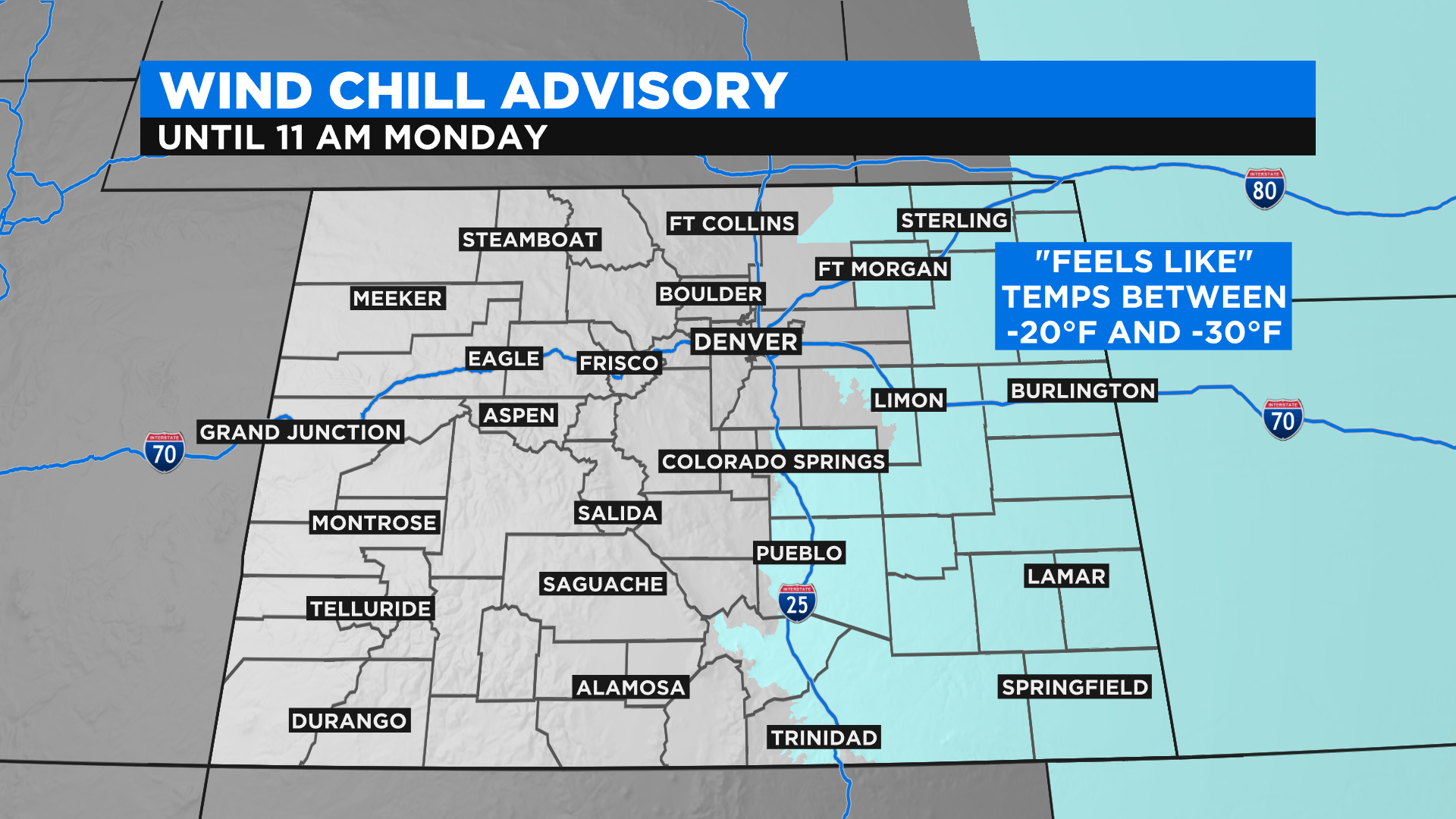 Light wind speeds now through Monday morning will drive wind chill values down into the -20s and -30s in eastern Colorado. We will see a gradual warming trend as we move into the middle of next week. 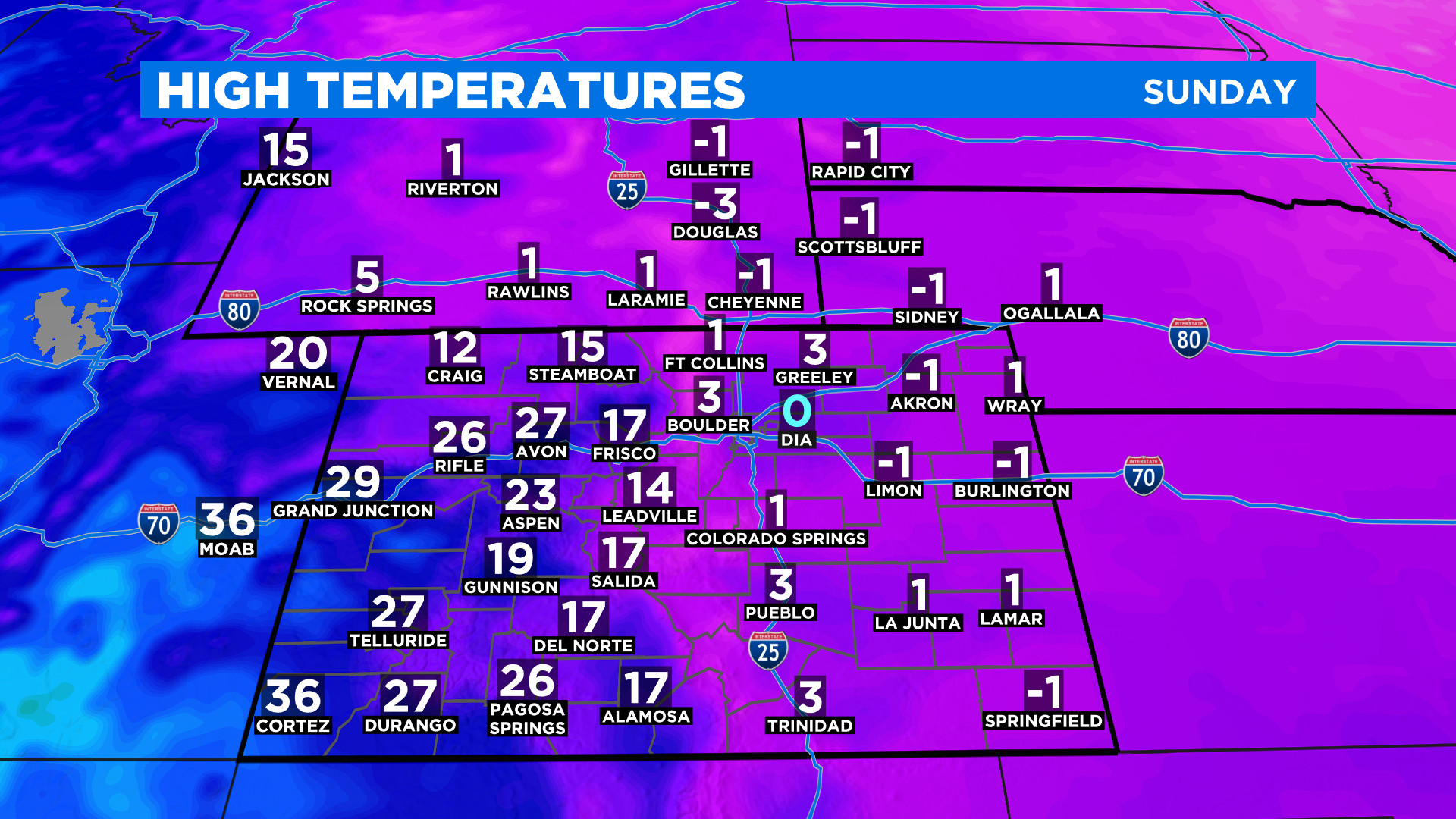