DENVER (CBS4) - A potent and unusually cold late May snowstorm will leave Colorado today after dropping more than a foot of snow on the higher elevations to the west and south of Denver. Some parts of Summit County, Jefferson County and Douglas County reported 15 to 20 inches of snow!

A fair amount of moisture remains in the atmosphere over northern and central Colorado and with daytime heating we'll see some unstable air develop. This will create a few rain or snow showers but we aren't expecting anything widespread or organized after the band of snow on the southeast plains moves out. 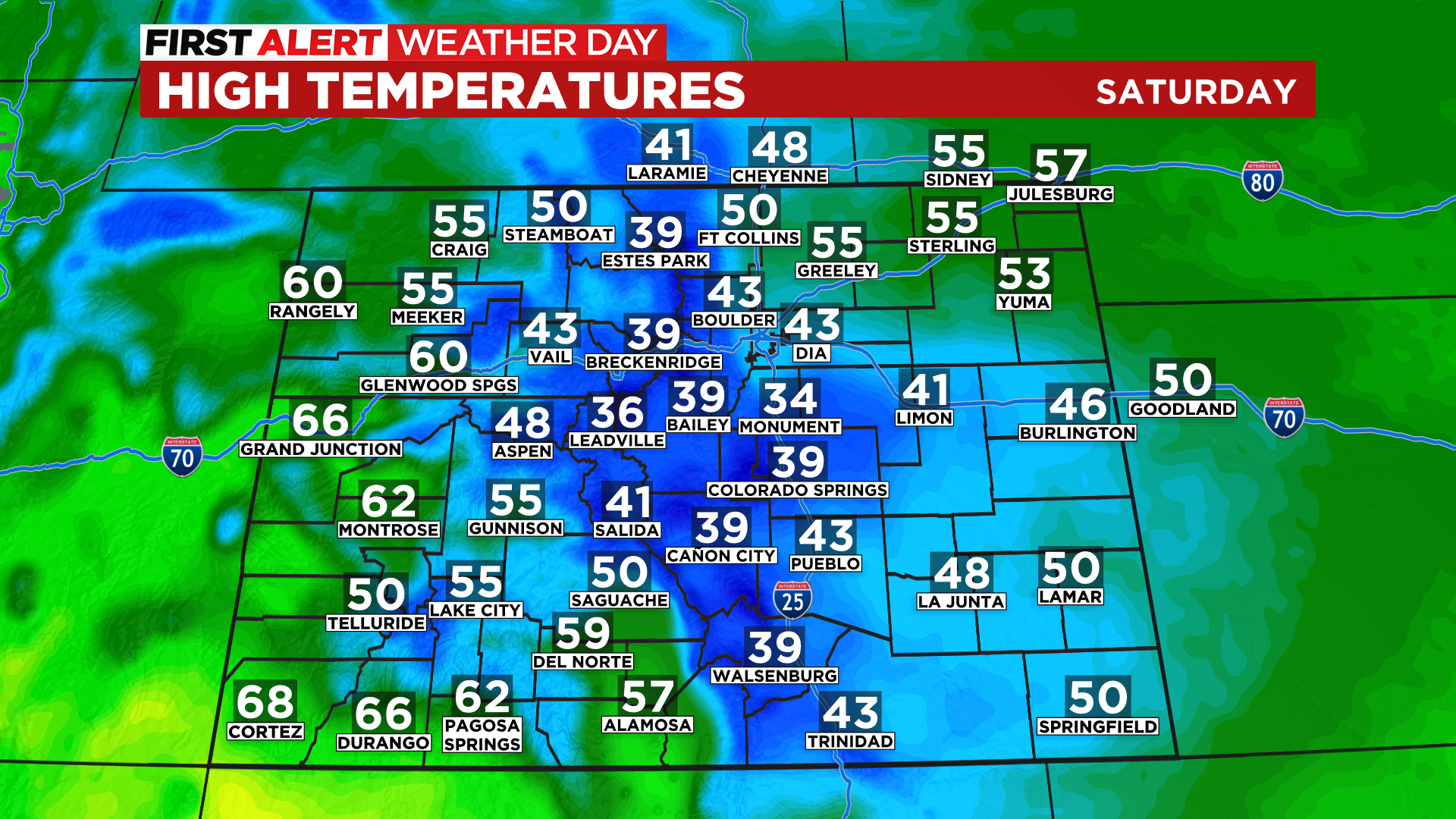 Most of Colorado will be below normal for afternoon highs on Saturday with 40s and 50s from the mountains to the plains. The western slope will have the most sunshine and temperatures there should climb into the 60s.

Saturday night into Sunday we'll see a large part of Colorado at or below freezing for overnight lows. In some places we could be as cold as 28 degrees for several hours, which would trigger a hard freeze. Keep your tender vegetation under cover for one more night just to be safe.

For the week ahead it will remain unsettled with the chance for scattered showers or storms just about each day. The highest chance looks to be on Tuesday with a more organized weather system crossing the region.

A warming and drying trend will kick in on Wednesday and really get into high gear on Thursday. Most of the upcoming Memorial Day weekend should be warm and dry with only scattered thunderstorms expected at this time. 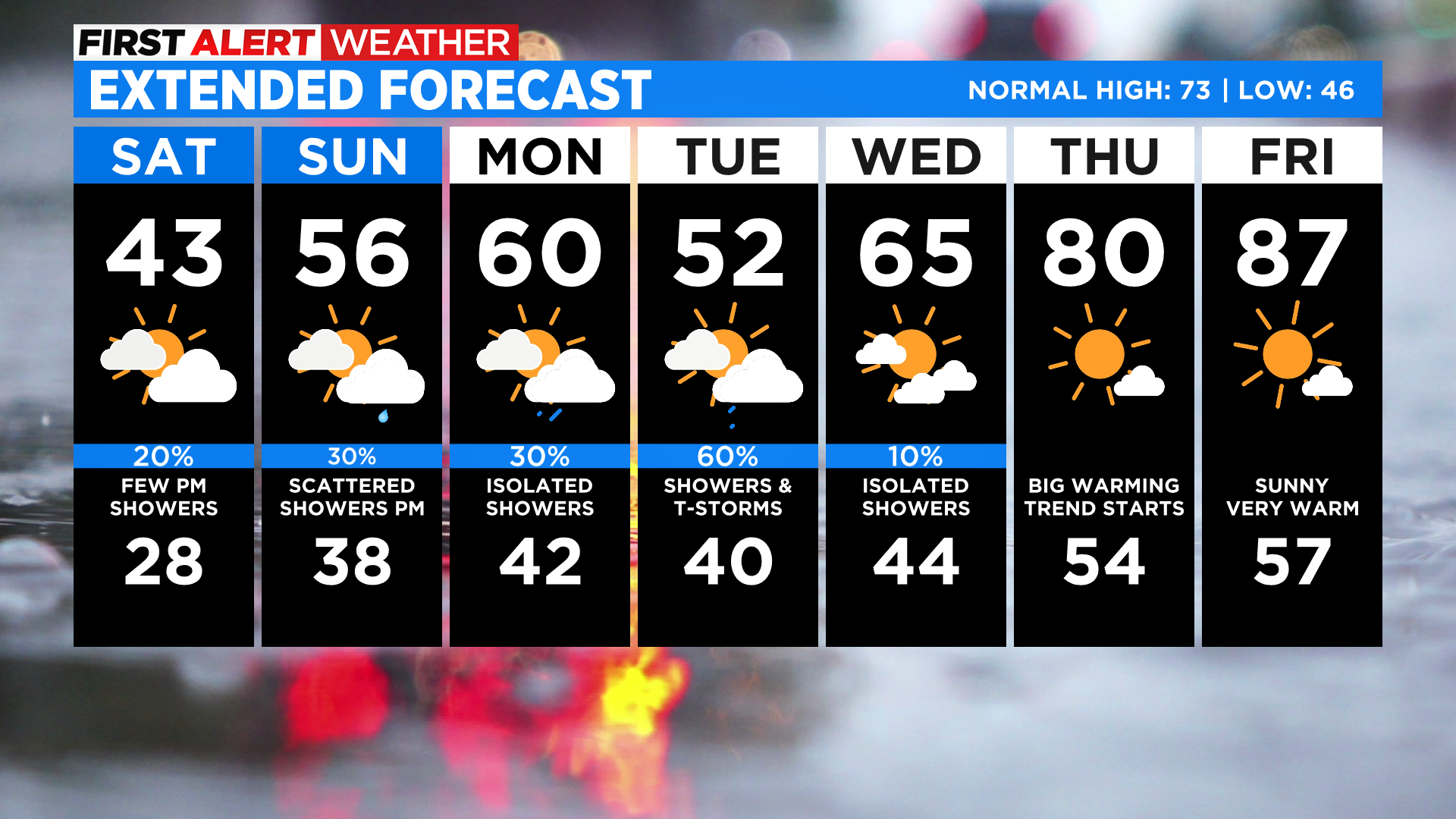