DENVER (CBS4) - Happy Tuesday! A weak weather system will pass to the north of Colorado today. It will drag a band of cloud cover across the state and the wind will kick up from time to time. Some places could see wind gusts as high as 20 to 30 mph during the afternoon.

It will be above normal for this time of year in terms of the afternoon highs once again around Colorado. In Denver, we're expecting a high in the lower 50s. We'll see mostly 30s in the mountains with 40s in some valleys. 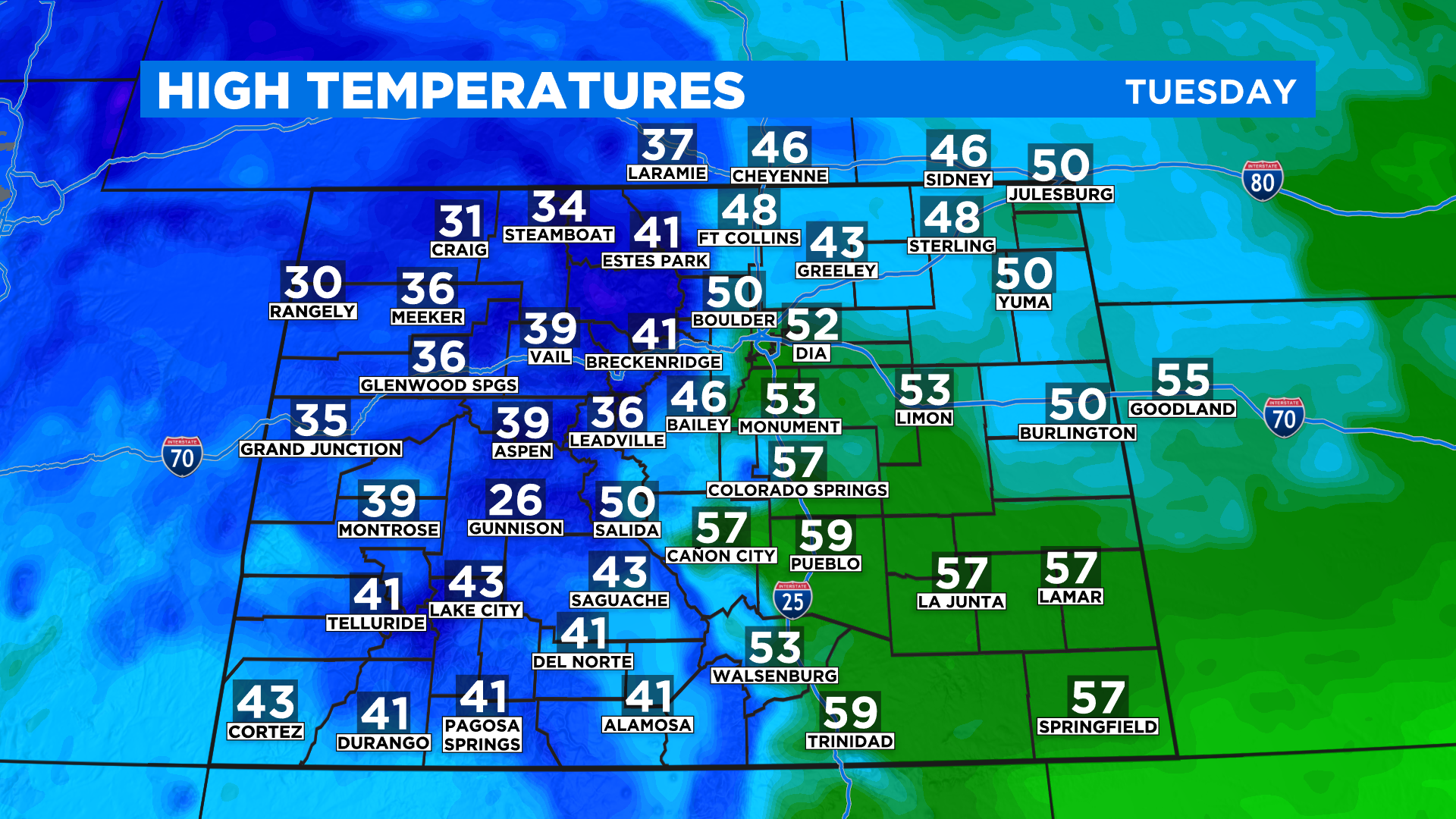 The next storm to impact Colorado is currently over the Pacific Ocean, just a little bit north of Hawaii. It will arrive into Colorado early Friday with much colder air and some light mountain snow. We could even see a few snow showers during the afternoon and evening around Denver and on the eastern plains. 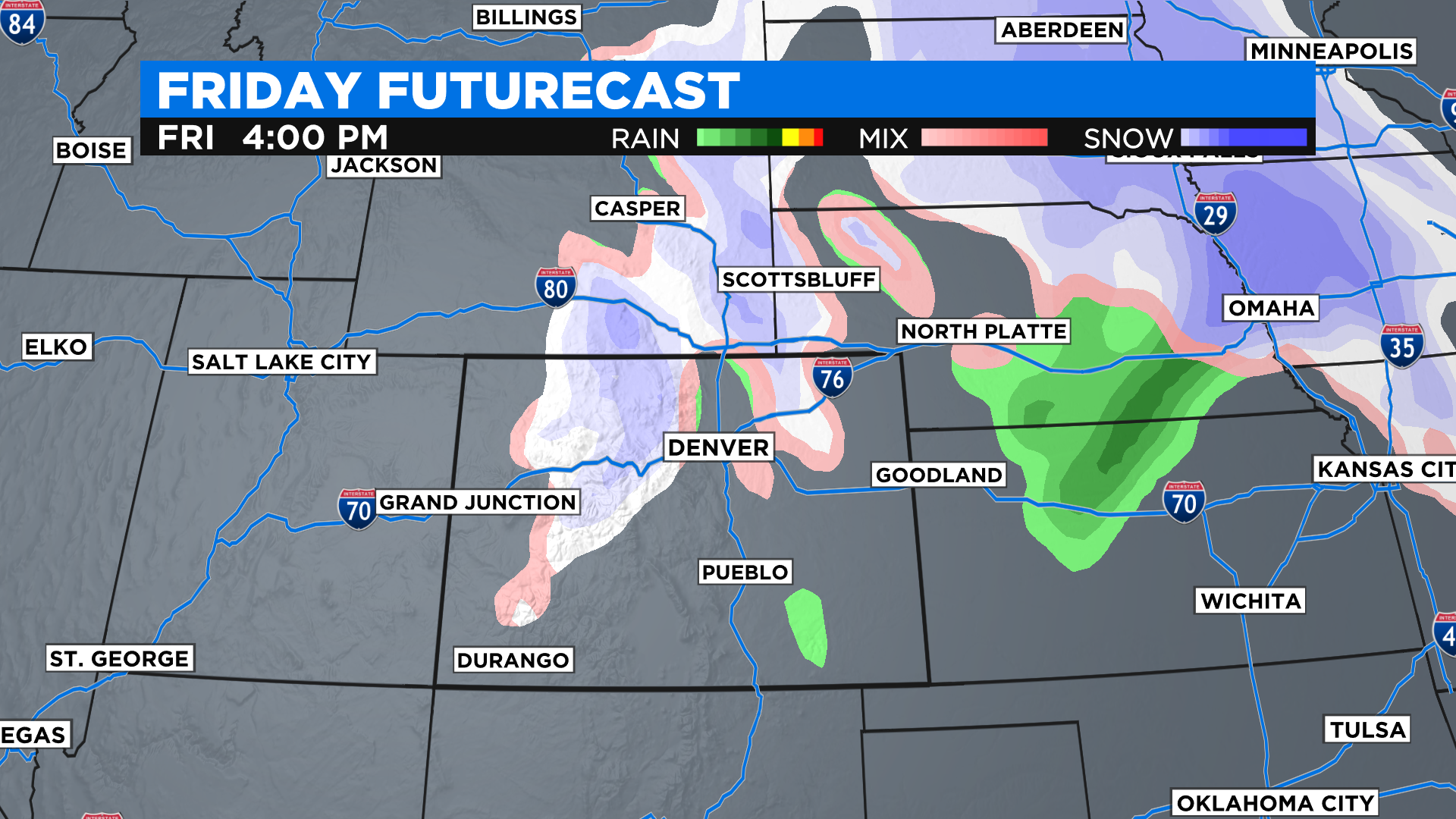 The Friday storm system will be on the move, arriving early in the morning and exiting the state by late Friday night. Because it is moving so fast it won't have time to produce a lot in the way of snow.

We're expecting a few inches in the northern and central mountains with the potential for a dusting in some spots on the eastern plains. Conditions will begin to clear up on Saturday although it will be chilly. 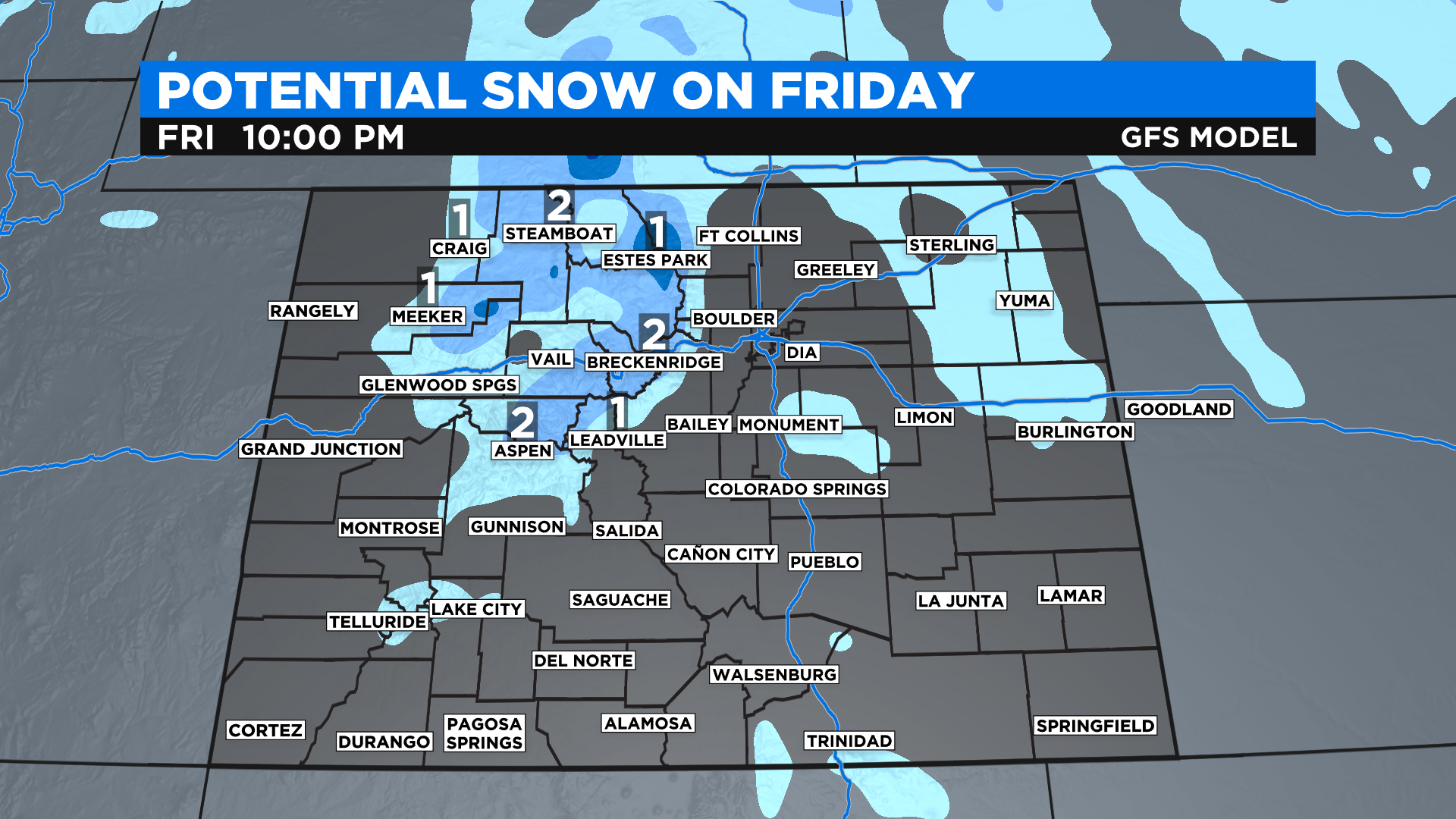 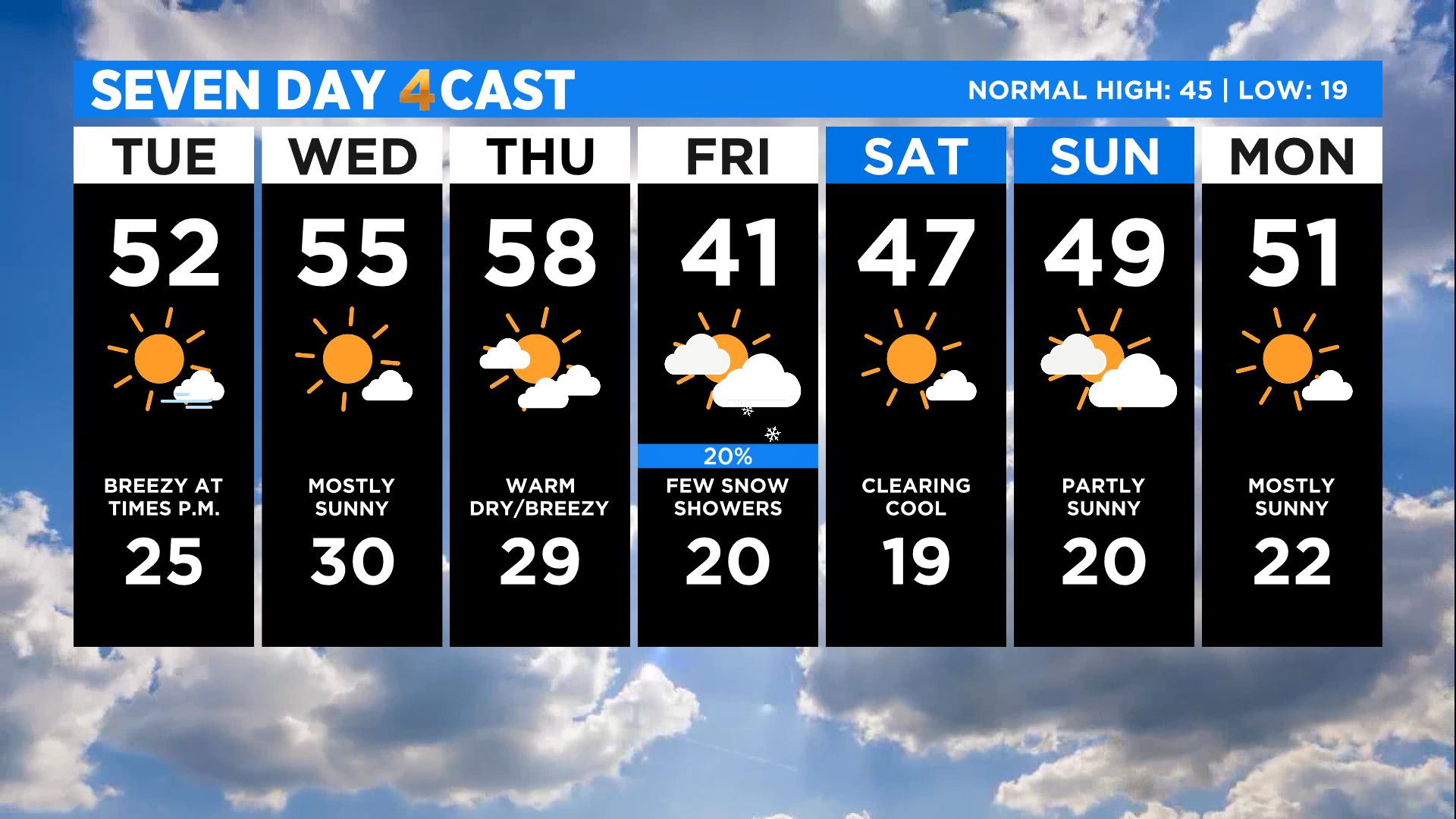