DENVER (CBS4) - Hail is a big part of the severe weather season in Colorado and it is responsible for tens of thousands of dollars in damage each year to crops, homes, businesses and vehicles. Sometimes so much hail can fall during a thunderstorm that snowplows are called out to clear the roads. 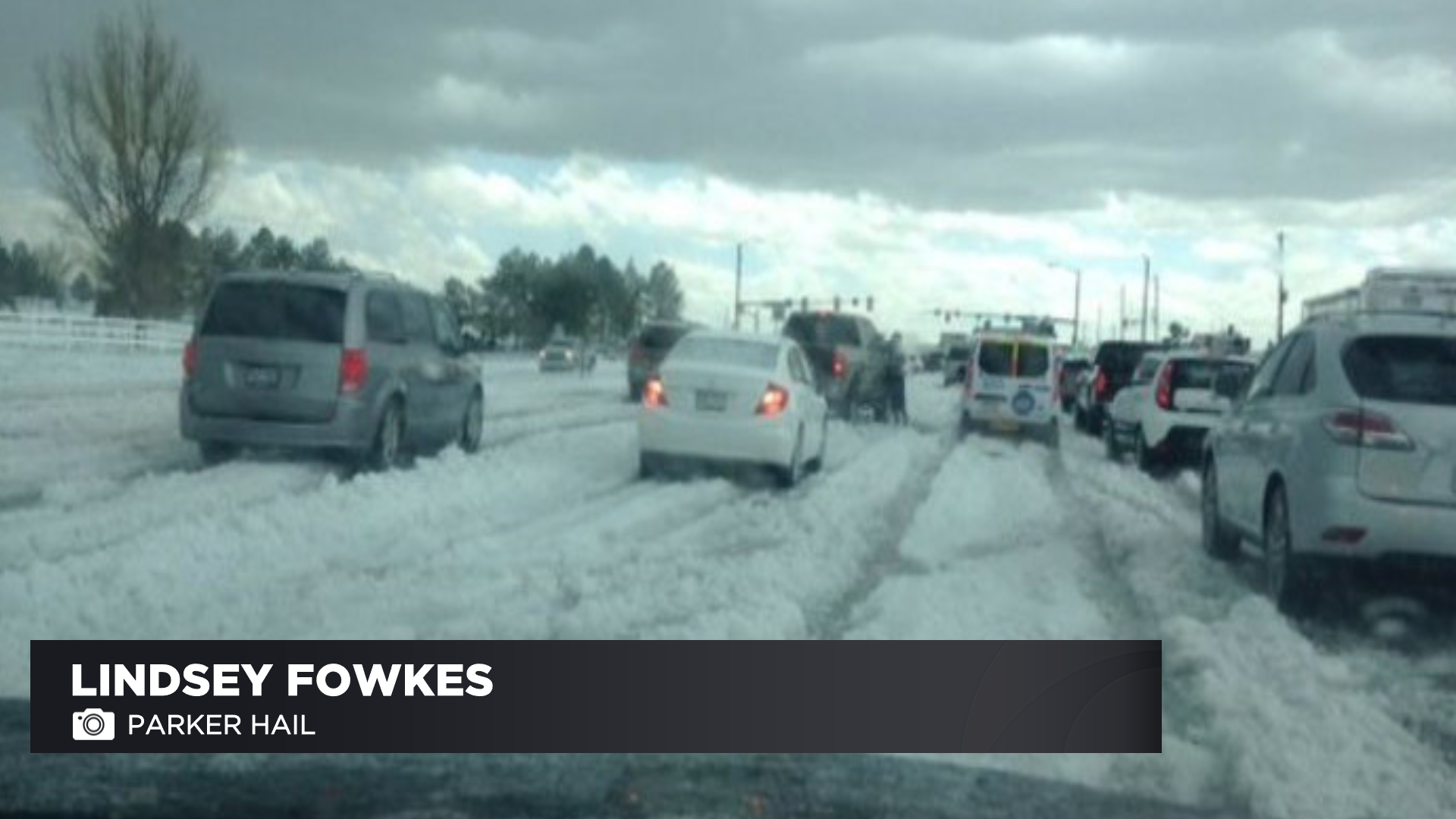 One reason we are so prone to hail is our altitude. Because Colorado has such a high average elevation we are closer to the freezing level in the atmosphere. This allows strong updrafts to reach the hail producing region of a cloud.

Another reason is the cloud itself and the processes taking place. We tend to have cold, mixed-phase clouds over Colorado during the summer, as opposed to warm clouds that are all liquid, which you will find in the tropics and sub-tropics on Earth. (more on mixed-phase clouds in a bit) 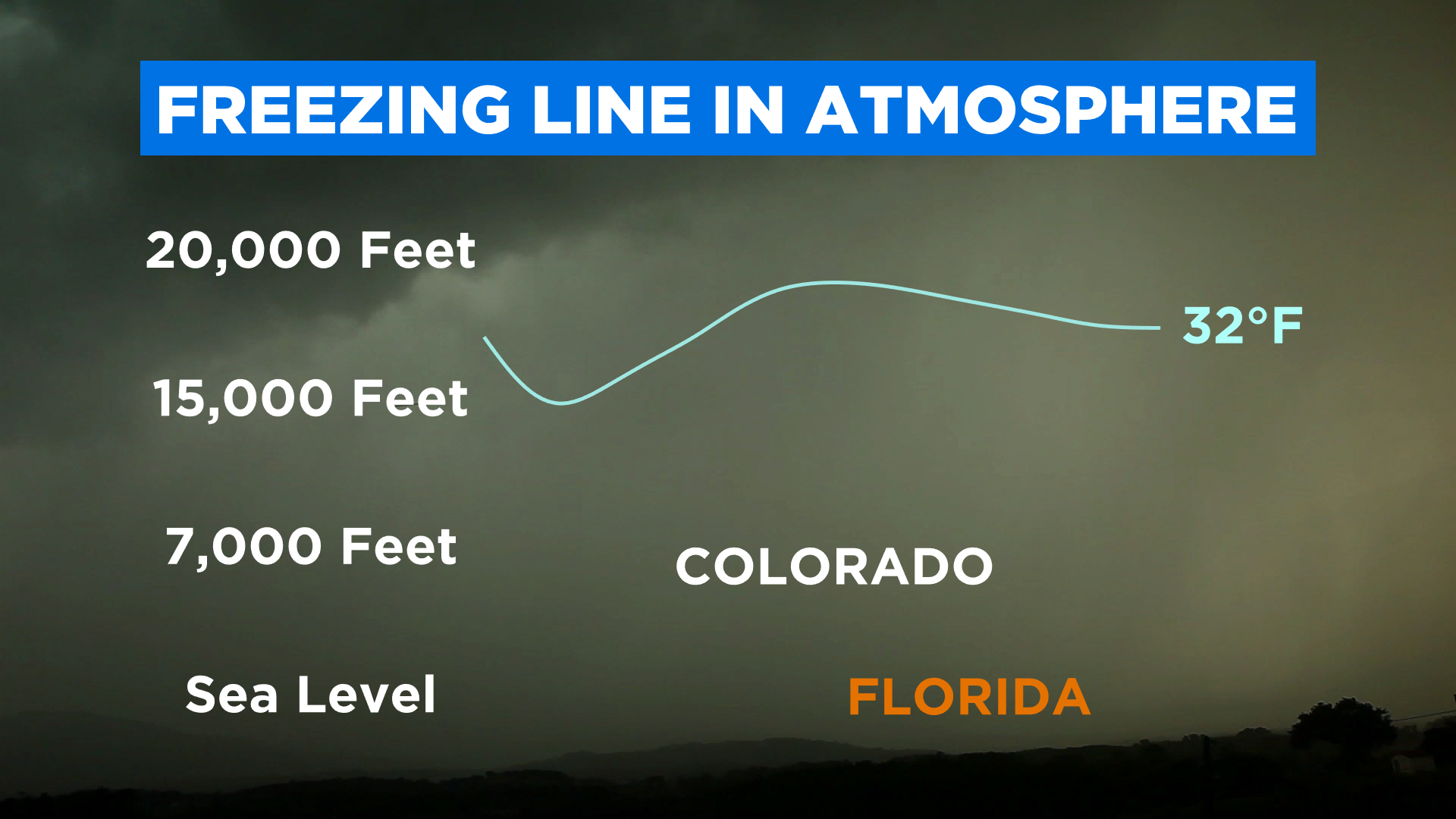 The Front Range of the Rocky Mountains and the adjacent high plains is known as the 'hail capital' of North America. We have as many as 7-9 days each season with hail. While the frequency of hail is high the average size is usually small. But on some days strong southeast winds at the surface can transport large amounts of water vapor to the plains which sets the stage for the potential to see large hail. 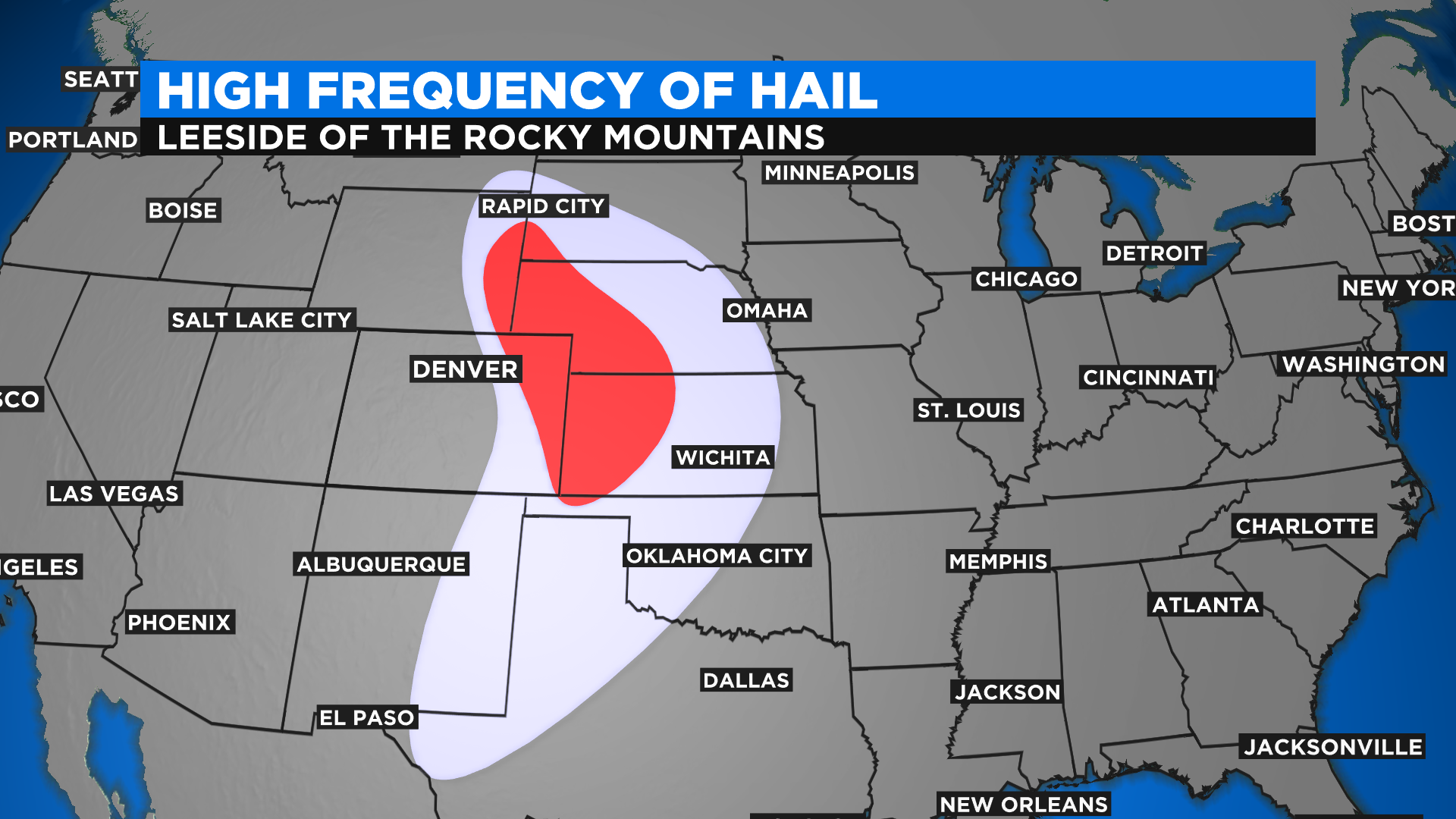 A major hailstorm hit Colorado's eastern plains on August 13, 2019 and dropped a hailstone large enough to set a new state record. The 4.83 inch (diameter) piece of ice fell in the small town of Bethune. 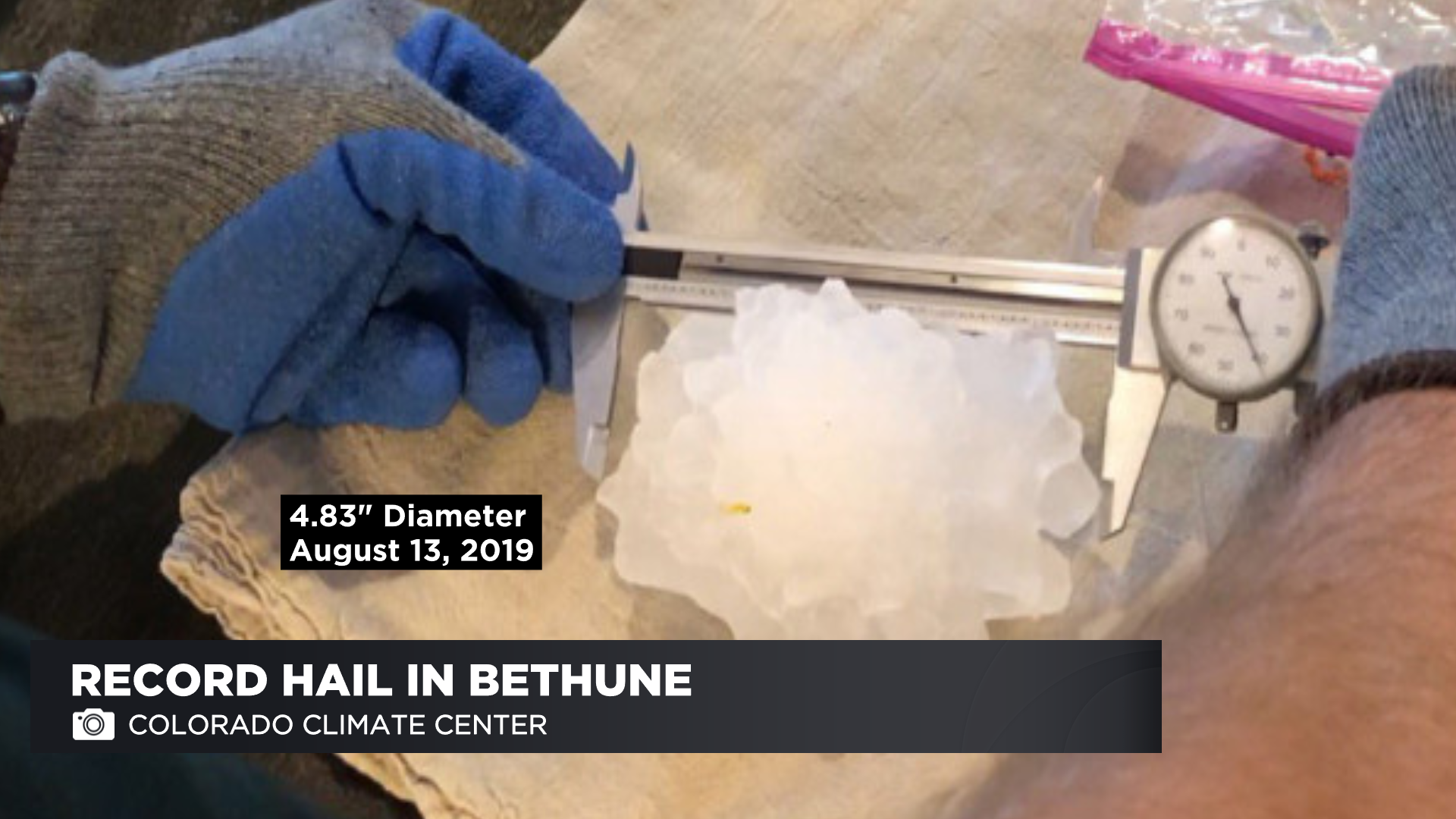 Hail can fall at any elevation in Colorado and it is most common in June, but hail can fall as early as March and as late as October. We often see balls of ice fall during some winter storms and often times people will call this hail, but it is really graupel, a piece of ice that forms in the cloud from a process that is similar to, but different than the process that forms hail.

Large hail is most common along and east of Interstate 25 where moisture to fuel storms is usually most abundant. Hail in the mountains is normally soft and small but it can occasionally reach severe thunderstorm criteria, which a 1-inch or larger in diameter. 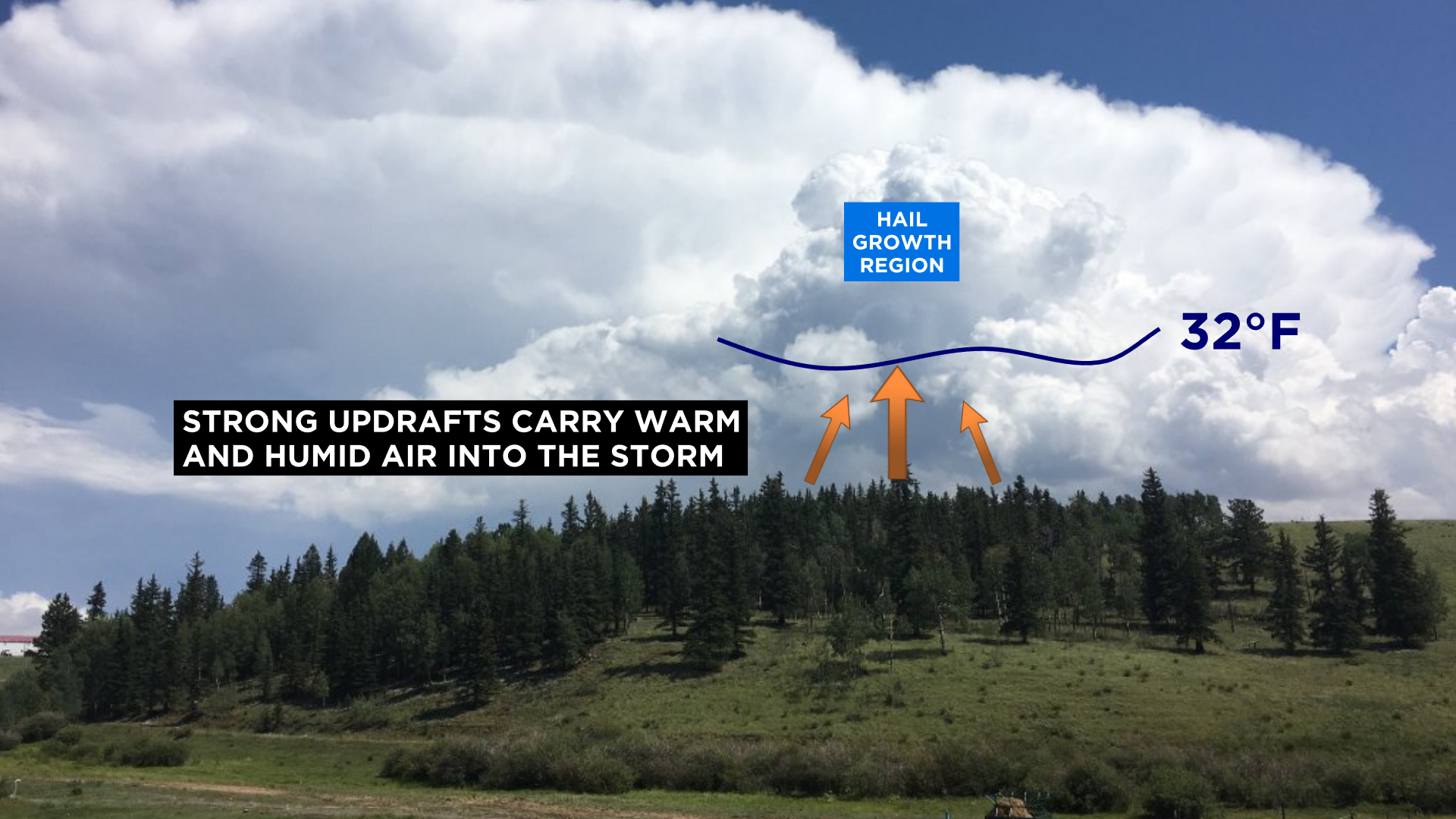 The process for getting hail begins with a strong updraft associated with an intensifying thunderstorm. The rising air transports copious amounts of atmospheric moisture high into the storm cloud to an area known as the hail growth region. 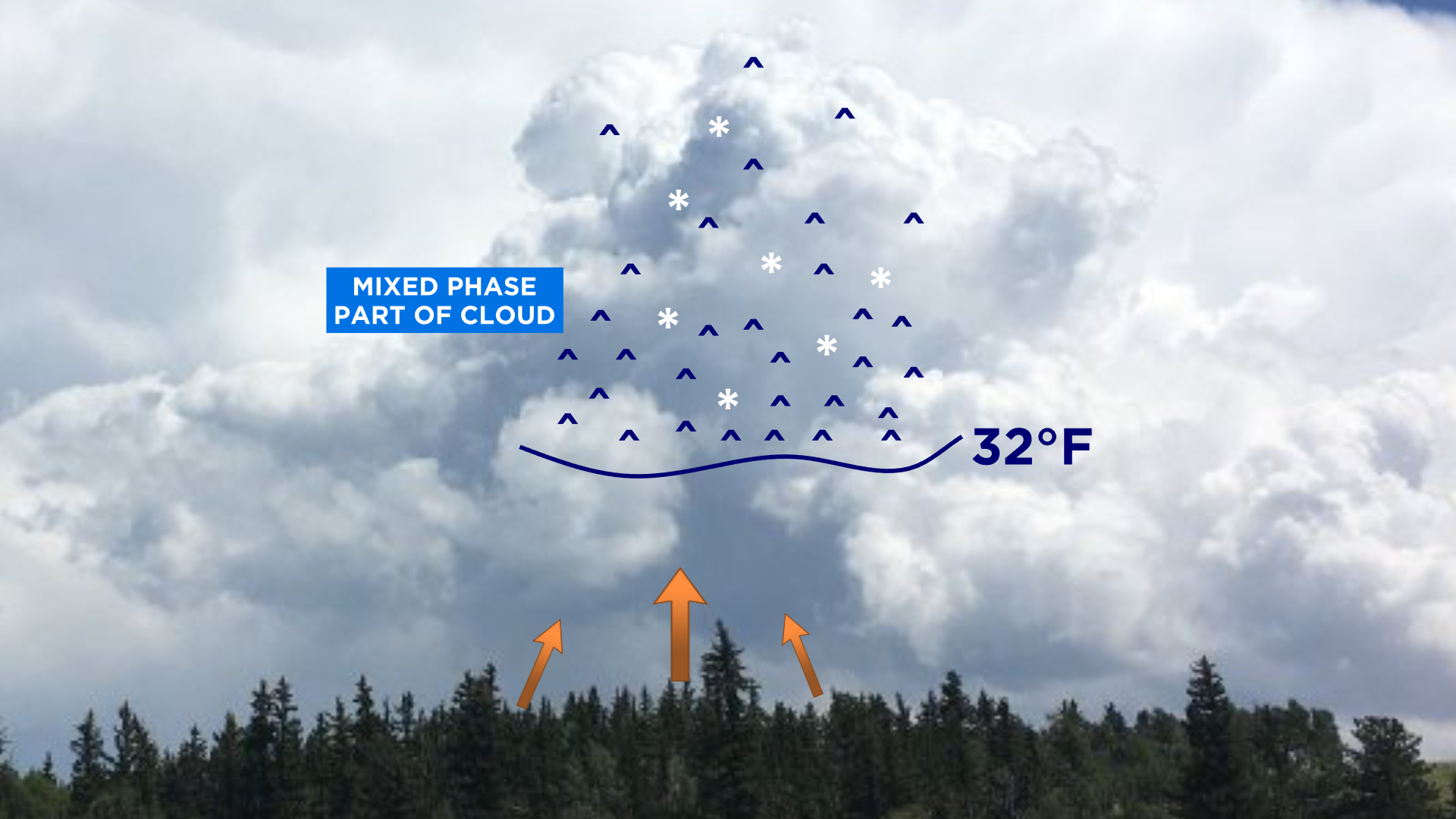 The hail growth region is located inside of a mixed-phase cloud, meaning there are super cooled liquid water droplets (cloud droplets) and small pieces of ice or ice nuclei in the same space. This sets the stage for a process called accretion to take place which allows the hail to grow. It's another reason why we are so hail prone. Our altitude gives us these mixed-phase clouds that allow ice to grow during a summer thunderstorm. 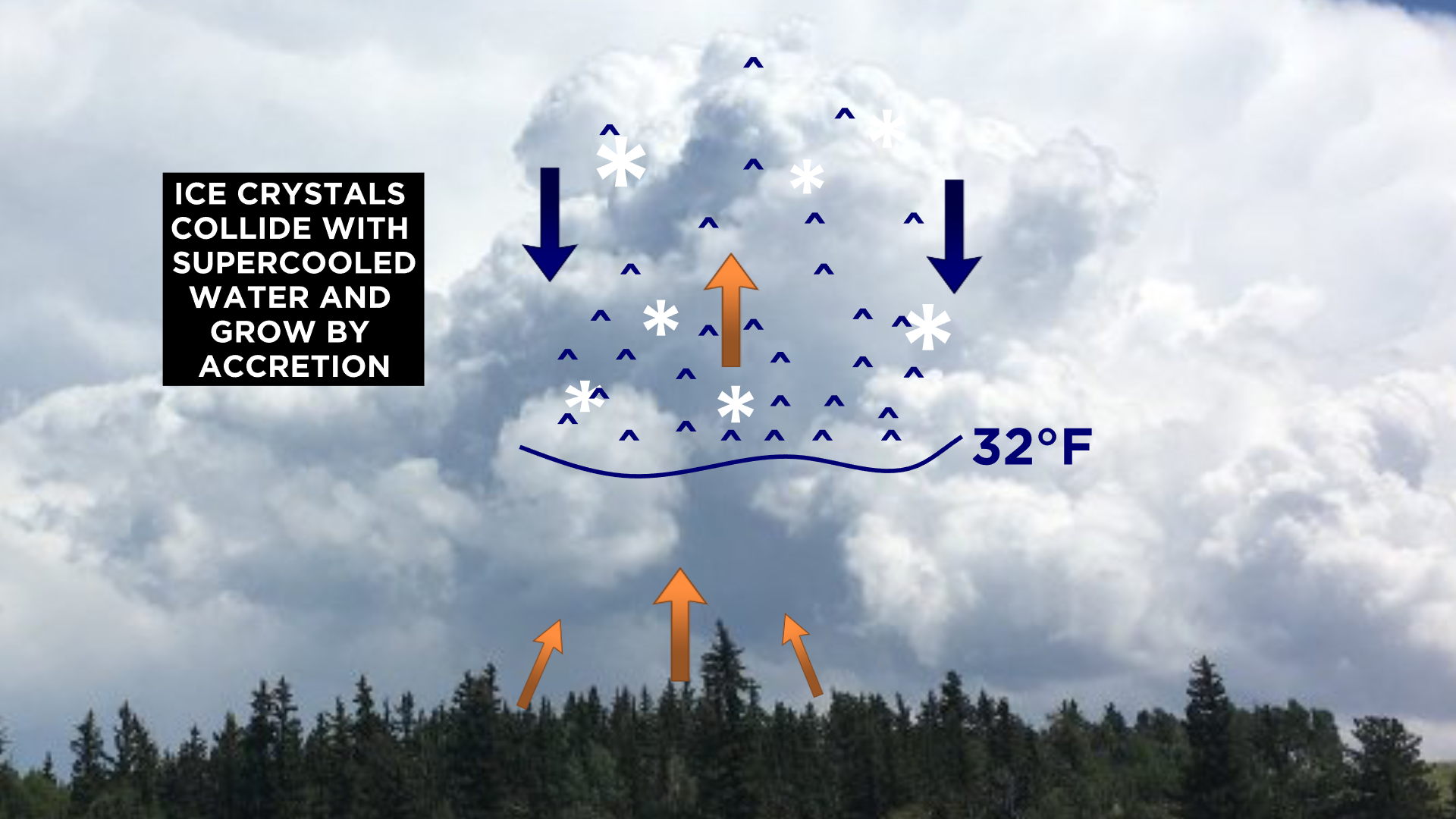 As hailstones grow inside the cloud they become bigger and bigger over time and will eventually grow so large that the updraft can no longer keep them suspended aloft. This is when they fall to the ground. The stronger the updraft the bigger the hail can grow.

If you examine a hailstone closely it will tell a story about how long it was inside the cloud. With each pass up and down through the storm the hailstone will pass through various temperature layers, causing the ice to freeze fast or slow. 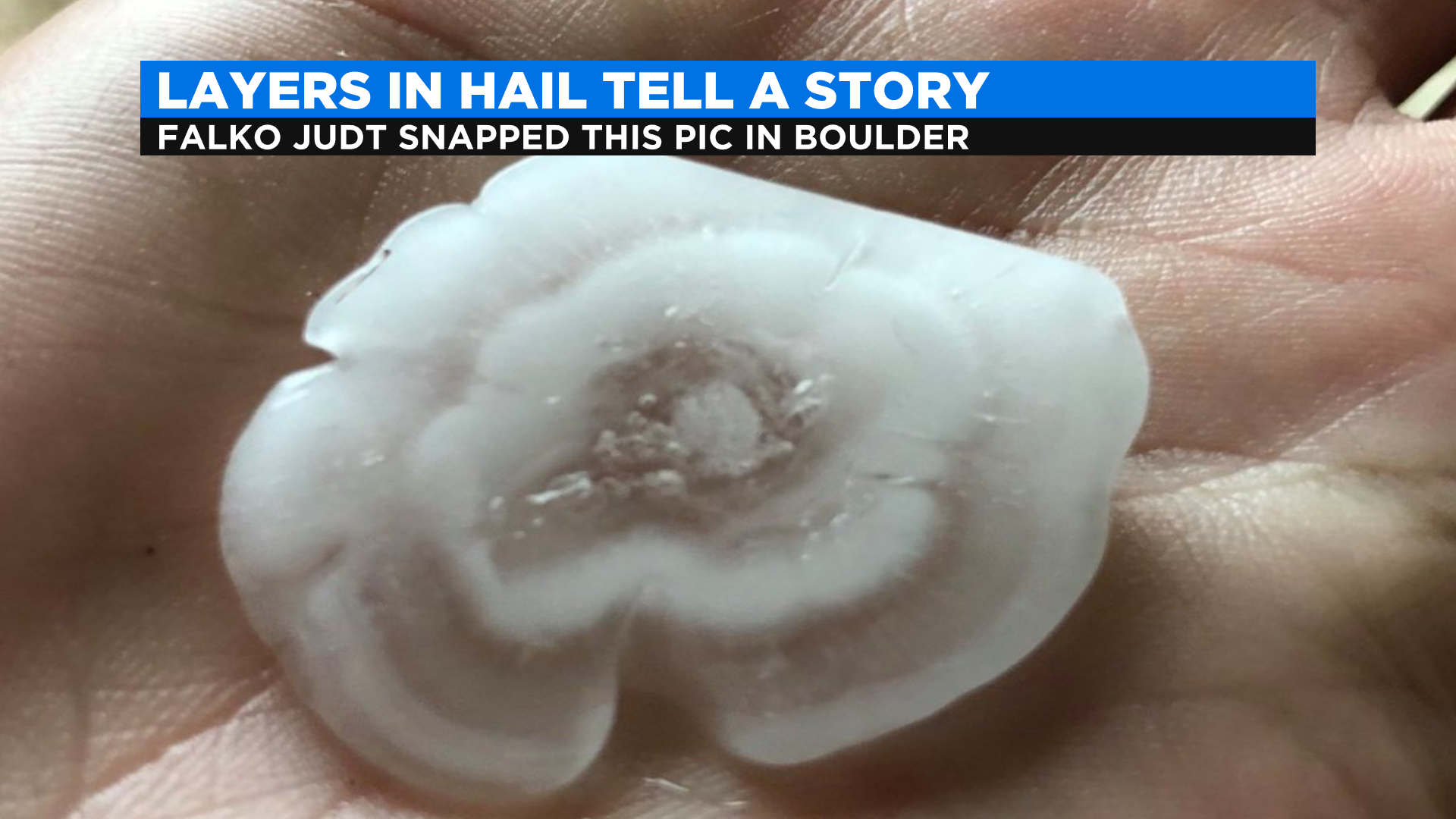 Higher up in the cloud where the air is colder super cooled water droplets will freeze on contact with the hail. This is a very fast process and results in a cloudy layer of ice. It's cloudy because air bubbles get trapped inside. 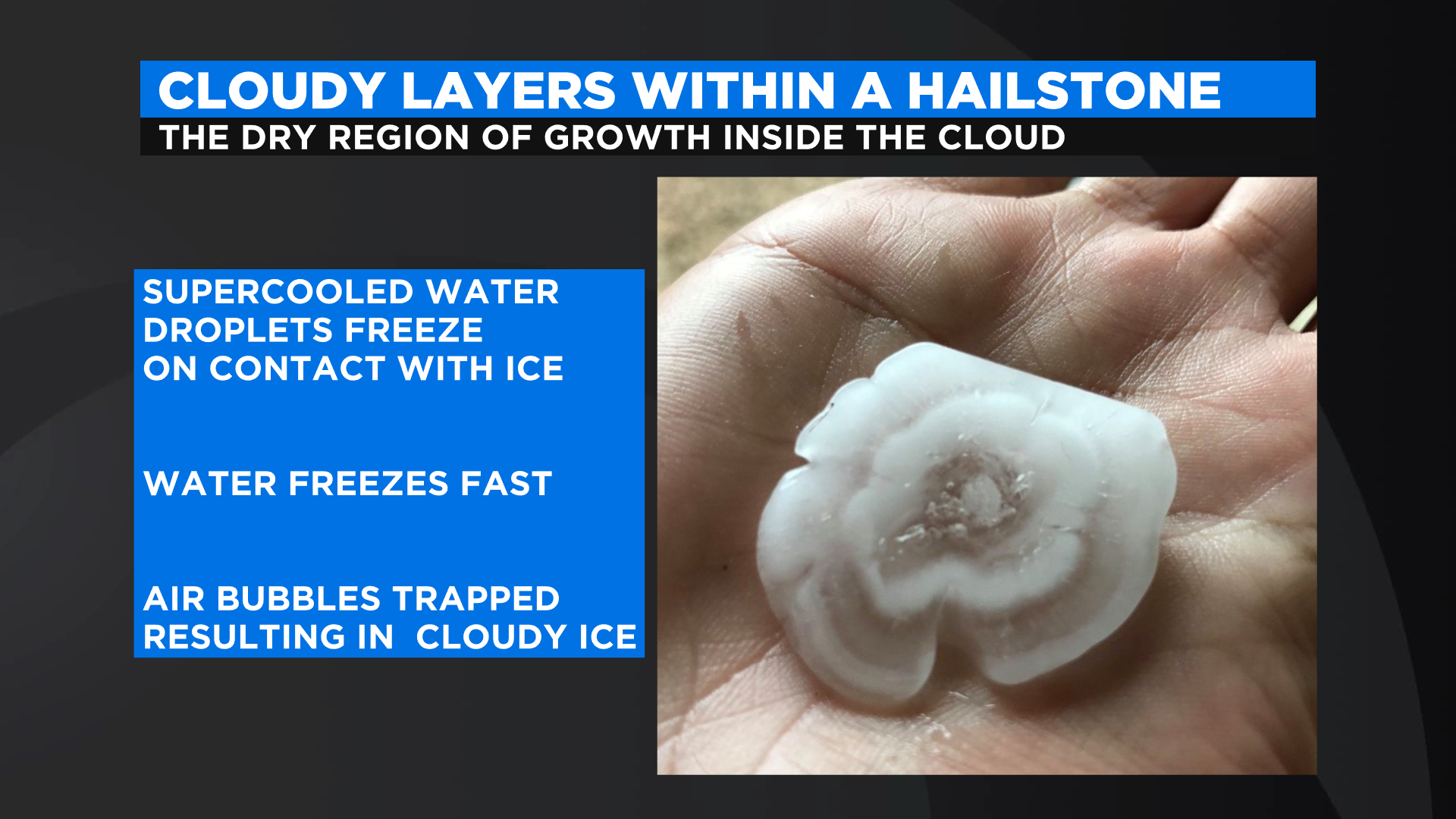 But lower in the cloud where the air is warmer and there is a lot more water vapor available the freezing process is much slower. This allows the air bubbles to escape and results in a clear layer of ice. 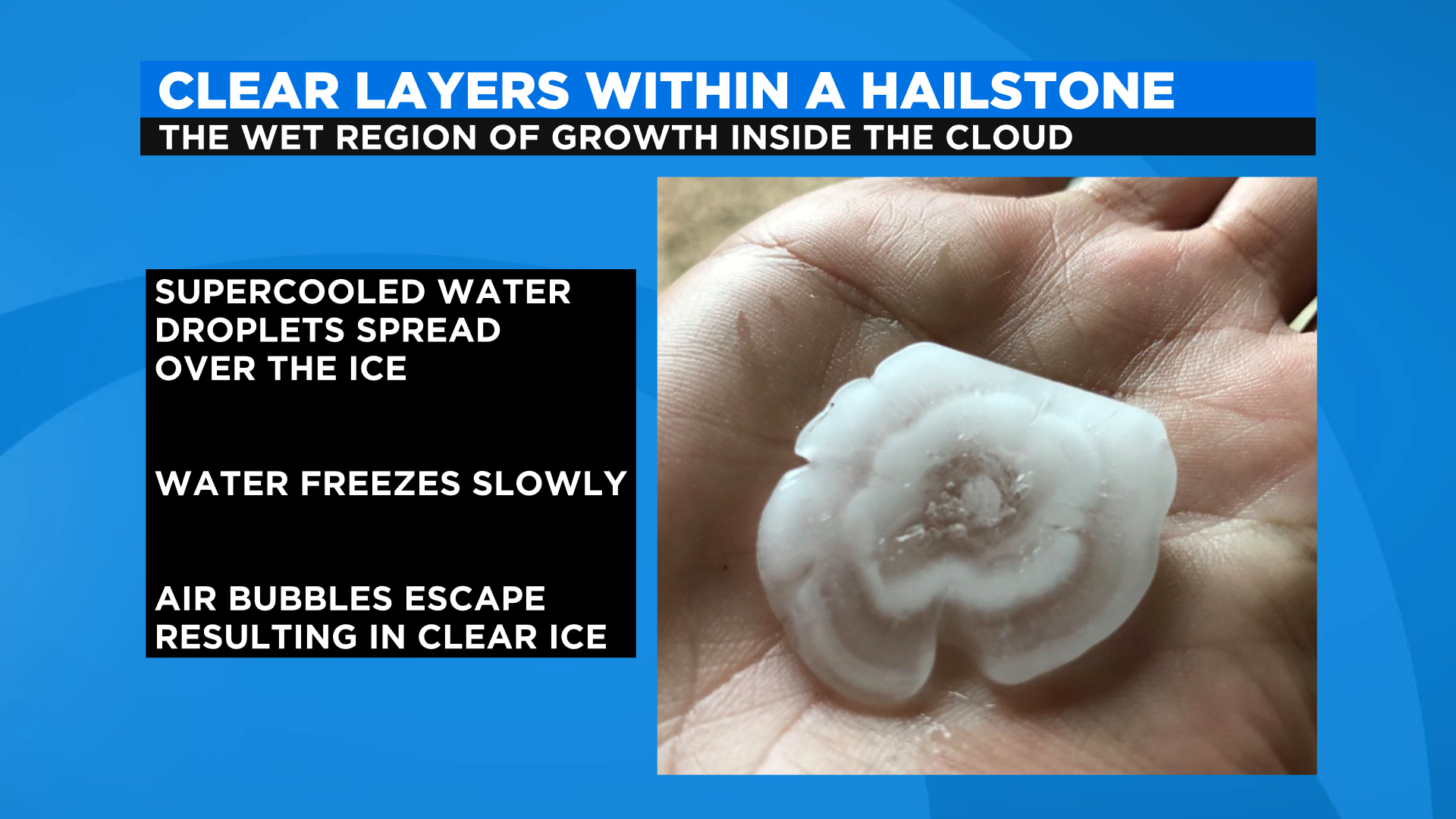