According to the American Meteorological Society a derecho must be at least 60 miles wide and travel for a distance of roughly 400 miles or longer. Although some in the field of meteorology say the distance only needs to be around 250 miles or greater. 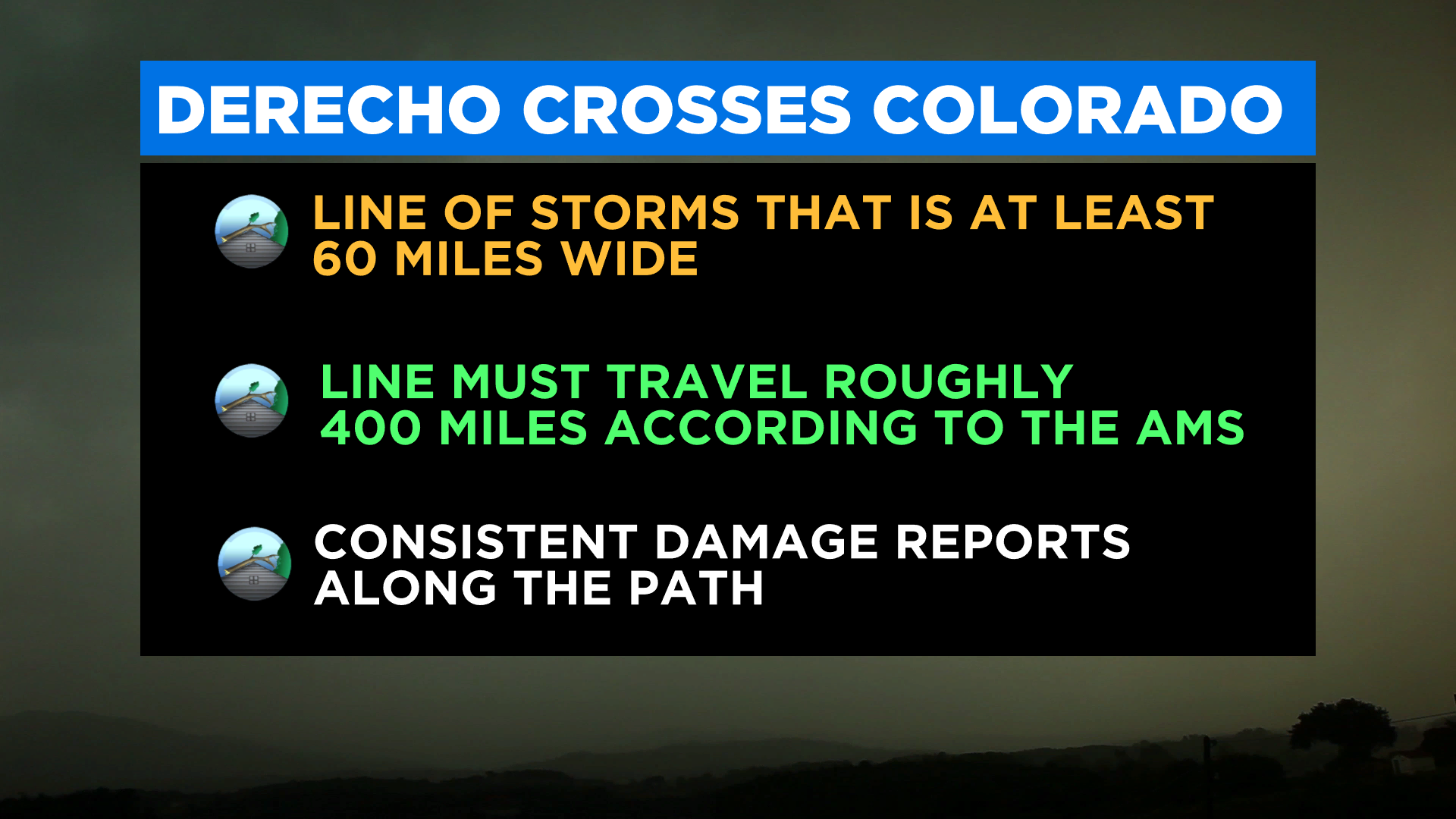 Numerous trees and power lines were downed by the hurricane force wind gusts as they moved through Colorado. A gust at the top of Winter Park Ski Area approached the strength of a Category 3 hurricane. 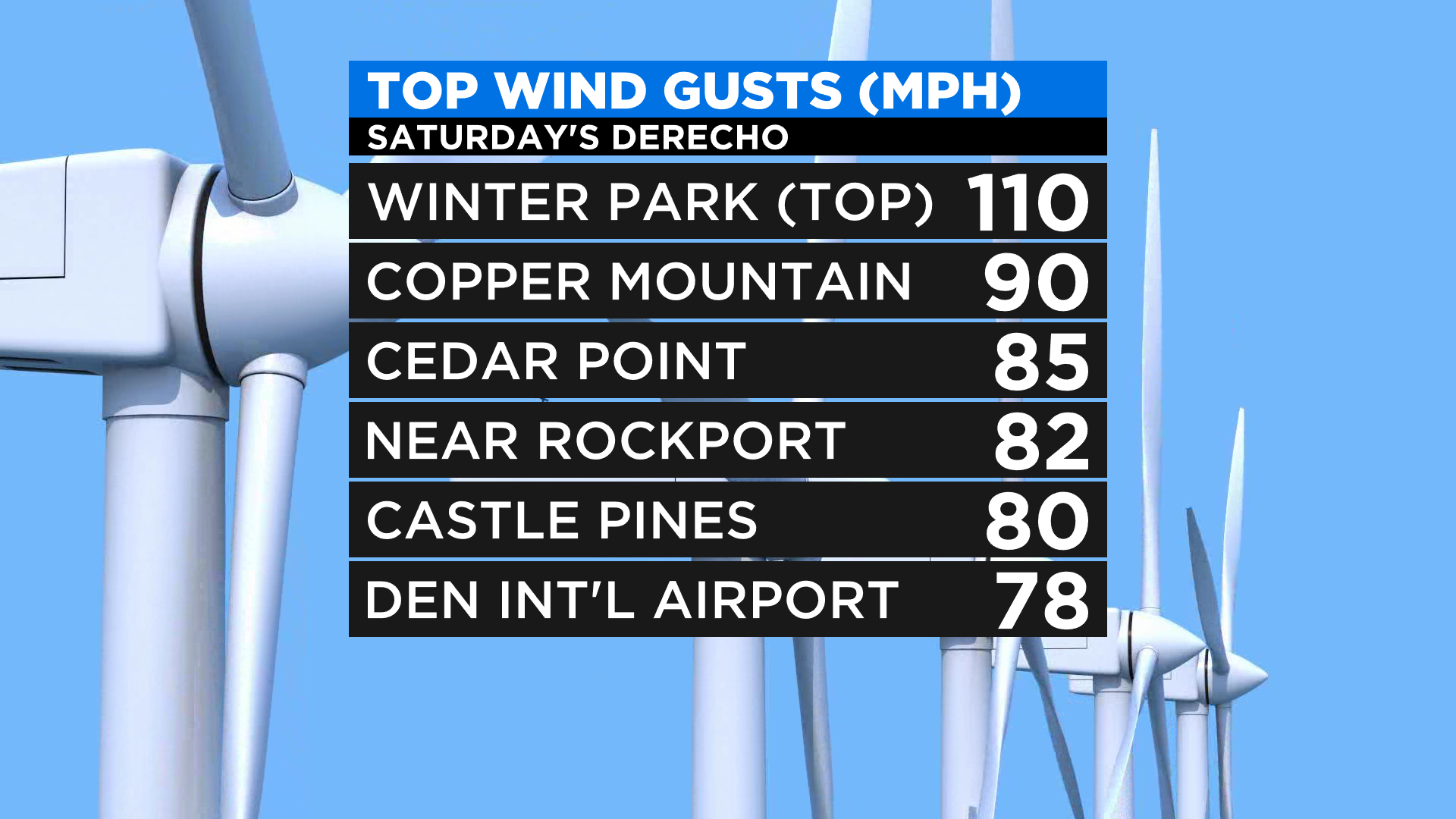 Saturday's event started in southeast Utah during the mid-morning hours and ended early Sunday morning in the eastern part of North and South Dakota. At times some of the thunderstorms in western Colorado were traveling between 100-120 miles per hour.

A meteorologist at NOAA's Storm Prediction Center tweeted early Sunday that in our written weather history there are only two other instances of a derecho being documented west of the Rocky Mountains. One of those clipped the northwest corner of Colorado on May 31, 1994.