BOULDER, Colo. (CBS) - Even though Colorado and many other states have legalized marijuana, federal law still prohibits scientists from studying the drug and its health effects.

However, researchers at the University of Colorado-Boulder have found a way to drive around that problem.

It's nickname is the CannaVan – a Dodge cargo van that's been modified to be a mobile laboratory.

"Instead of being able to bring the cannabis to the lab, we bring the lab to the people," Cinnamon Bidwell, an Assistant Professor at CU-Boulder's Institute of Cognitive Science and lead investigator of the study, said.

Inside the white van is a phlebotomy and assessment station, including a small desk, wooden dresser filled with equipment, and a purple tapestry hanging on a wall. It's designed to be a comfortable place for researchers like Taylor Armstrong to run a few tests.

"I'm one of the phlebotomists on the study," the CU grad explained to CBS4's Kelly Werthmann. "I'm drawing the blood and administering different tasks to get information on how marijuana affects people in general."

Here is how the mobile lab works: A volunteer subject first meets with researchers on campus to pre-arrange a time when they will meet them at their home with the CannVan.

That willing participant purchases a legal commercial cannabis product, brings it back to their home, but before consuming it jumps into the back of the van.

A researcher then performs a series of tests, like motor control and memory, and draws the volunteer's blood. Then the subject goes into their home to eat, smoke, dab or vape their cannabis product – researchers cannot be present when it is consumed – then return to the van for more testing.

"We have three different time points at which we draw blood during the appointment," Armstrong explained. "We correlate the blood levels of different cannabinoids to how they're doing on the test. We also have questionnaires on how they are feeling and how they think they're being influenced by the marijuana." 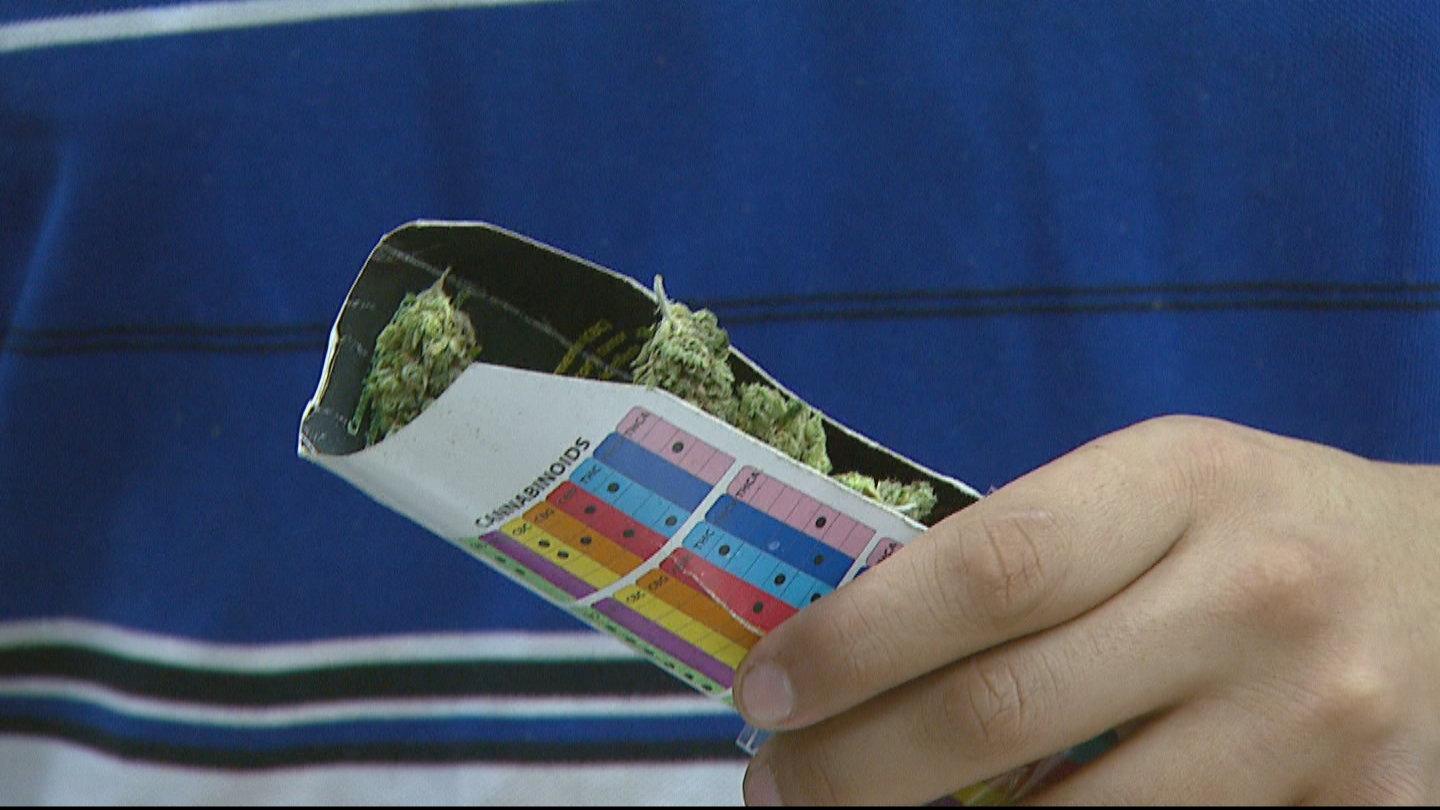 "Have you ever had a participant forget to come back out because they consumed too much?" Werthmann asked Armstrong Wednesday. "No," he replied with a smile. "We haven't had that yet, but we have had participants that have taken longer than we would like inside smoking."

Bidwell said the goal of this three-year study is to learn the health and public safety impacts of cannabis. One important question is how the drug affects driving.

"We are looking at particularly high potency products in terms of motor control and cognitive functions that underlie driving ability," she said. "How impaired do people get and does potency matter?"

Bidwell said she became interested in cannabis research after realizing there really isn't much scientific data out there. She wanted to find answers to help inform people on their choices from both a health perspective as well as risk perspective.

"People are out there using these products, but without anything to back it up," Bidwell said. "There is a huge perception of health benefits and some fairly strong suggestive evidence that there might be specific medical conditions that cannabinoids actually help with. We're looking to provide data on both ends of the spectrum."

The university was given a $839,500 grant from the Colorado Department of Public Health and Environment to study the effects of high potency cannabis.

Bidwell said they've been conducting their research for about a year and aren't yet ready to release any findings. There's a long road ahead to their research.

The research team is hoping to expand their CannaVan fleet, but need some help affording another van or two.

Kelly Werthmann joined the CBS4 team as the morning reporter in 2012. After serving as weekend morning anchor, Kelly is now Covering Colorado First for CBS4 News at 10. Connect with Kelly on Facebook or follow her on Twitter @KellyCBS4.