DENVER (CBS4) - A deadly storm being called a bomb cyclone because of its historically low pressure will continue to slam a large part of Colorado with heavy snow and wind fierce through Wednesday night. A Blizzard Warning has been issued through midnight for everyone along the Front Range east of Interstate 25. These areas should receive 6 to 12 inches of heavy, wet snow along with wind gusts of 70 mph and higher.

Some schools on Colorado's Front Range and on the Eastern Plains will be closed on Thursday, including Jeffco Schools. See the full list of school closings.

80 mph winds were recorded at Denver International Airport, which closed all of its runways in the early afternoon. Interstate 25 and Interstate 70 east, north and south of Denver were also among the highways that were closed in the weather conditions. Gov. Jared Polis declared a emergency on Wednesday afternoon and activated the Colorado National Guard to help stranded motorists and other people in need of assistance.

On Interstate 76 Wednesday morning a Colorado State Patrol corporal died in a crash in blizzard conditions. Daniel Groves was struck by a car in Weld County.

The wind will cause visibility to drop near zero at times and travel will become very difficult if not impossible. 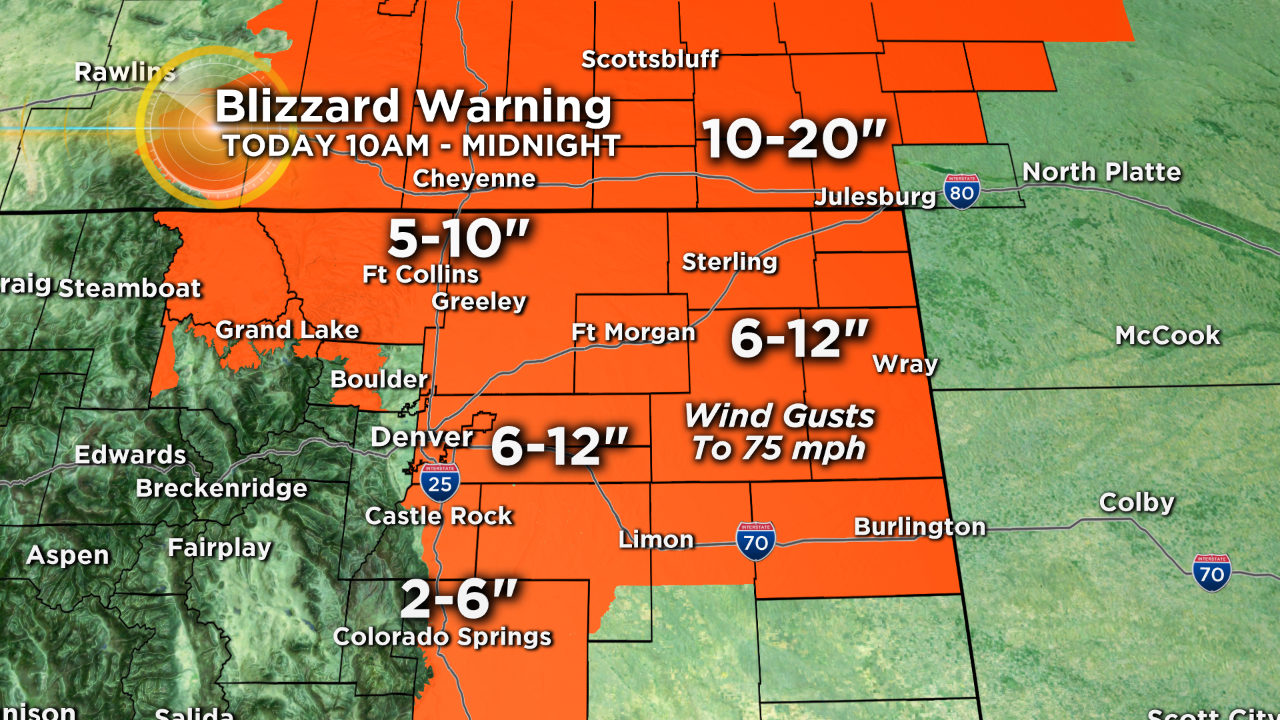 Farther west there is a Winter Storm Warning for most of Boulder and Jefferson Counties through midnight. These areas including Arvada, Boulder, Golden, Lakewood, Longmont, Idaho Springs, Conifer and Bailey will see 4 to 10 inches of snow and generally less wind compared to areas east of I-25. 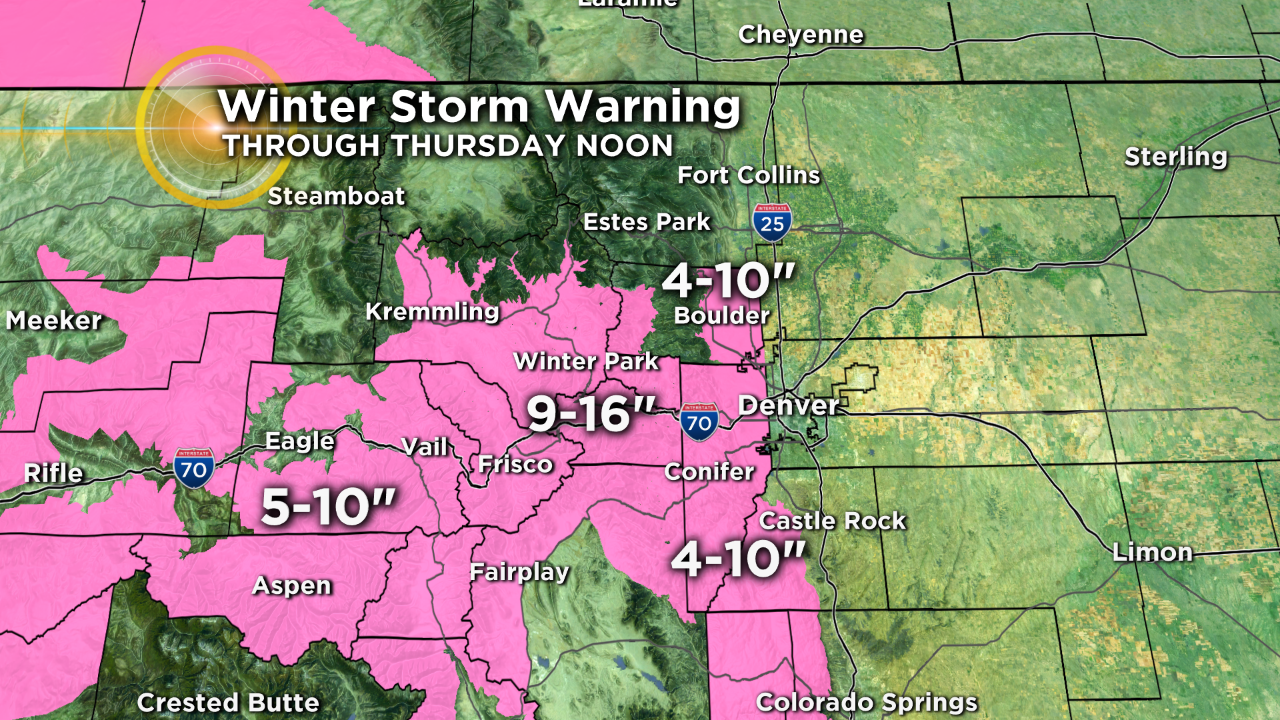 For the I-70 mountain corridor, plan on additional snow accumulations of 9 to 16 inches through Thursday morning plus winds gusting as high as 60 mph. Road closures are certainly possible in the mountains and blowing snow could significantly reduce visibility in the high country.

In southern Colorado, a Winter Storm Warning continues for the San Juan Mountain for at least 4 to 8 inches of additional snow through Wednesday night. 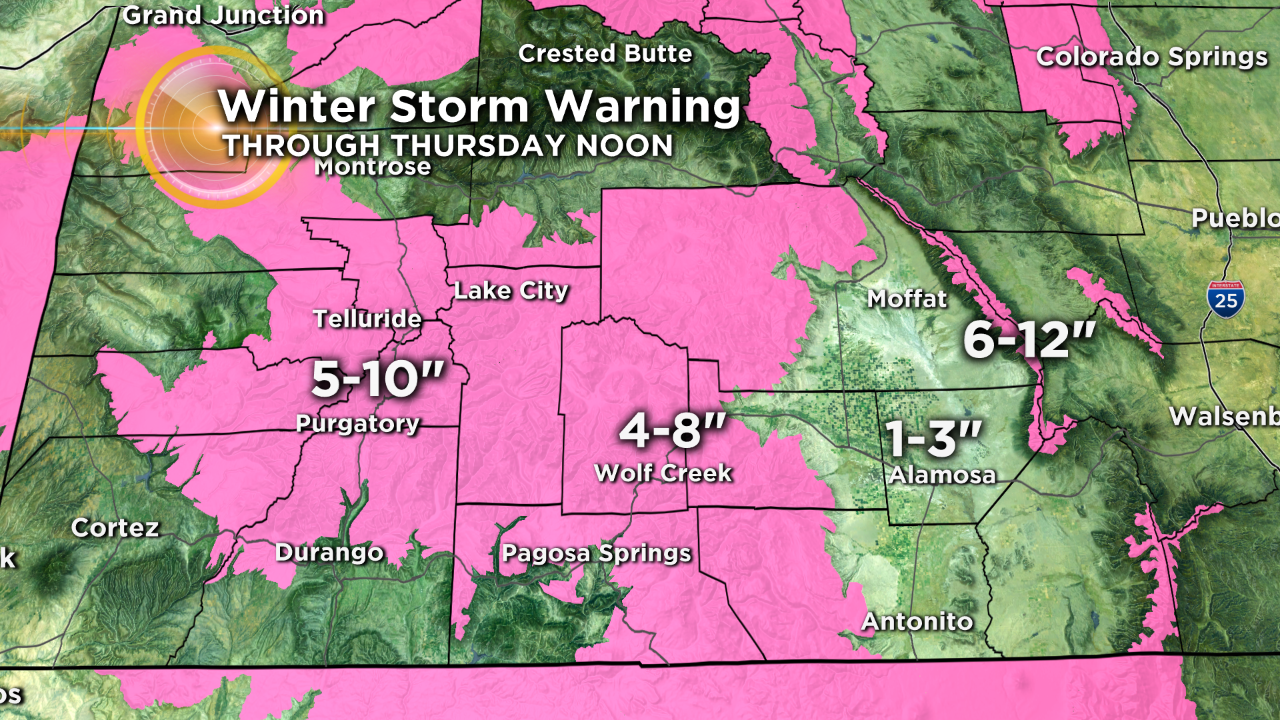 Meanwhile southeast Colorado will not see much snow but will get rain and a lot of wind. A High Wind Warning continues through 6 a.m. Thursday for locations such as Pueblo, Trinidad La Junta, Lamar, and Springfield for wind gusts up to 75 mph. 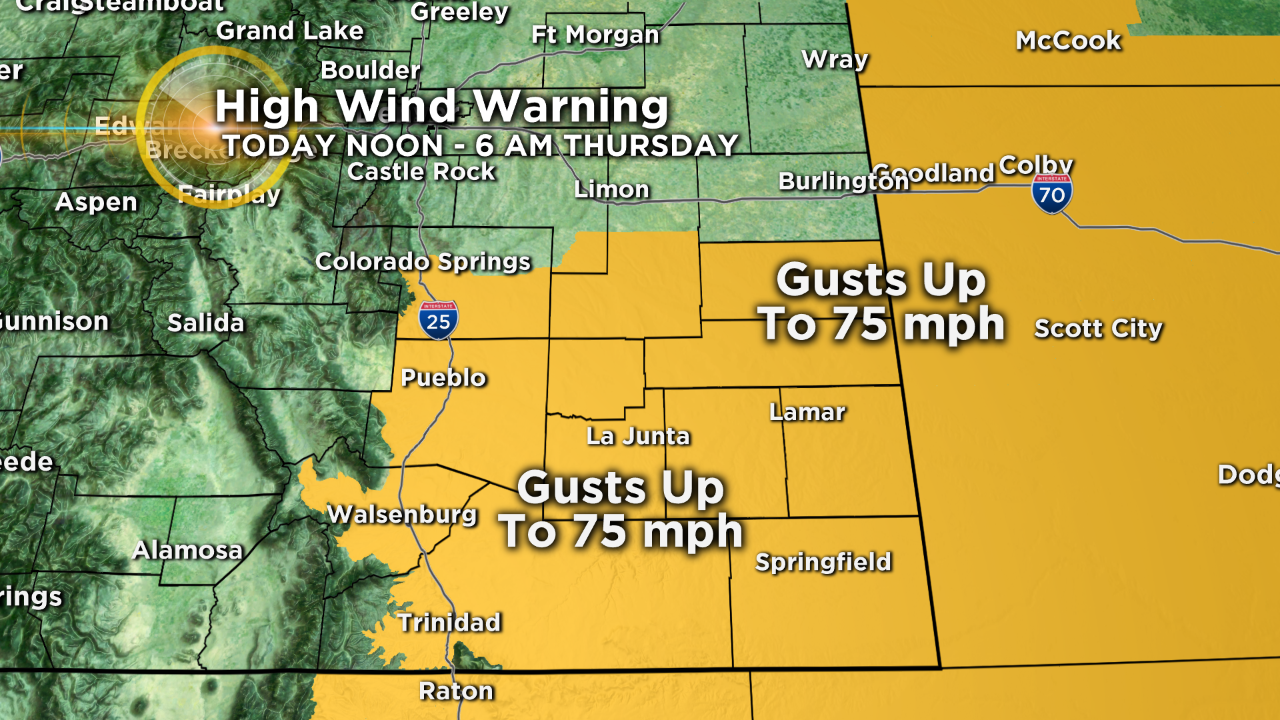