PINE, Colo. (CBS4)- A 71-year-old man and his wife used their bare hands and a baseball bat to chase a female bear and her two cubs out of their home in Pine on Monday night. 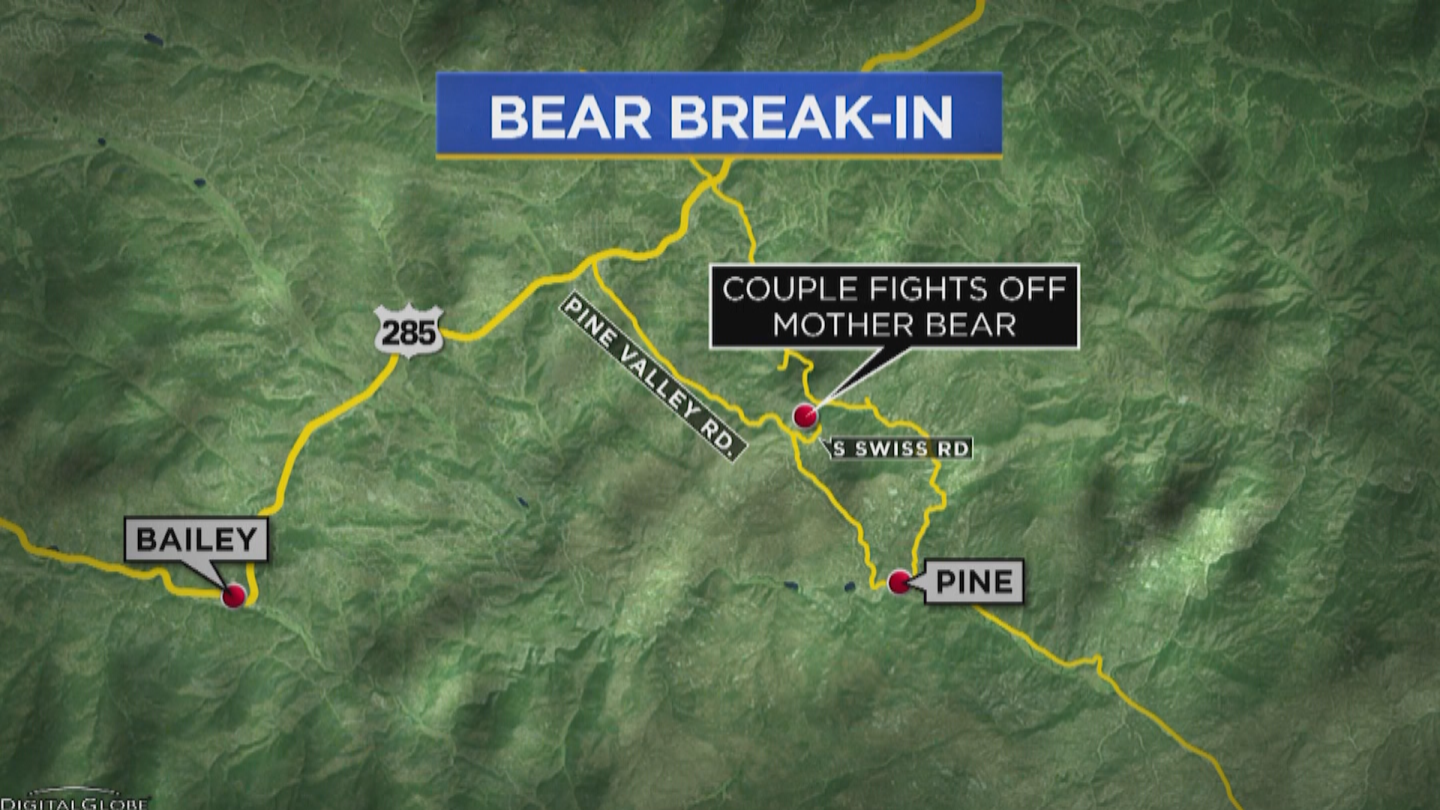 "The man was downstairs watching TV with his wife when he heard noises coming from upstairs," Colorado Parks and Wildlife said in a statement released Tuesday.

"After going up the stairs and turning a corner into his kitchen, he was face-to-face with a bear."

The Jefferson County Sheriff's Office said the man found the mother bear and her cubs eating a loaf of bread in the kitchen. The couple says the bears entered through a screen door.

"I was so scared for his life you have no idea," said George Field.

Field never thought she'd end up doing battle with bear inside her own home.

"It was growling, I was growling. Between the two of us we were having a lot of attitude," Jon Johnson said.

The sheriff says the mother bear began to attack Johnson. That's when he punched the bear in the stomach.

"She swatted me in the nose. She was down here, she was low when she swatted me. I turned around I punched her in the nose. From that point we started going back-and-forth like a dance. She took some swipes here swipe on my chest."

Field hit the bear with a baseball bat until both bears ran out the screen door.

"I grabbed the bat. I missed the big bear fight. All I remember seeing was a big brown blob in front of me. I empowered myself. I've never been that strong. I whacked that bear as strong as I could... you would have thought I was a Louisville slugger," said Field.

The couple says they take part of the blame because of their bird feeders.

"It was partially my fault for having bird feeders. I'm not happy about it, but on the other hand bears that do come into houses are in a situation where they make it a habit."