WESTMINSTER, Colo. (CBS4)- The B Line will continue to travel past two stations that the train shares with the delayed G Line. The stops on the route between Union Station and Westminster won't open by the anticipated date of May 21. 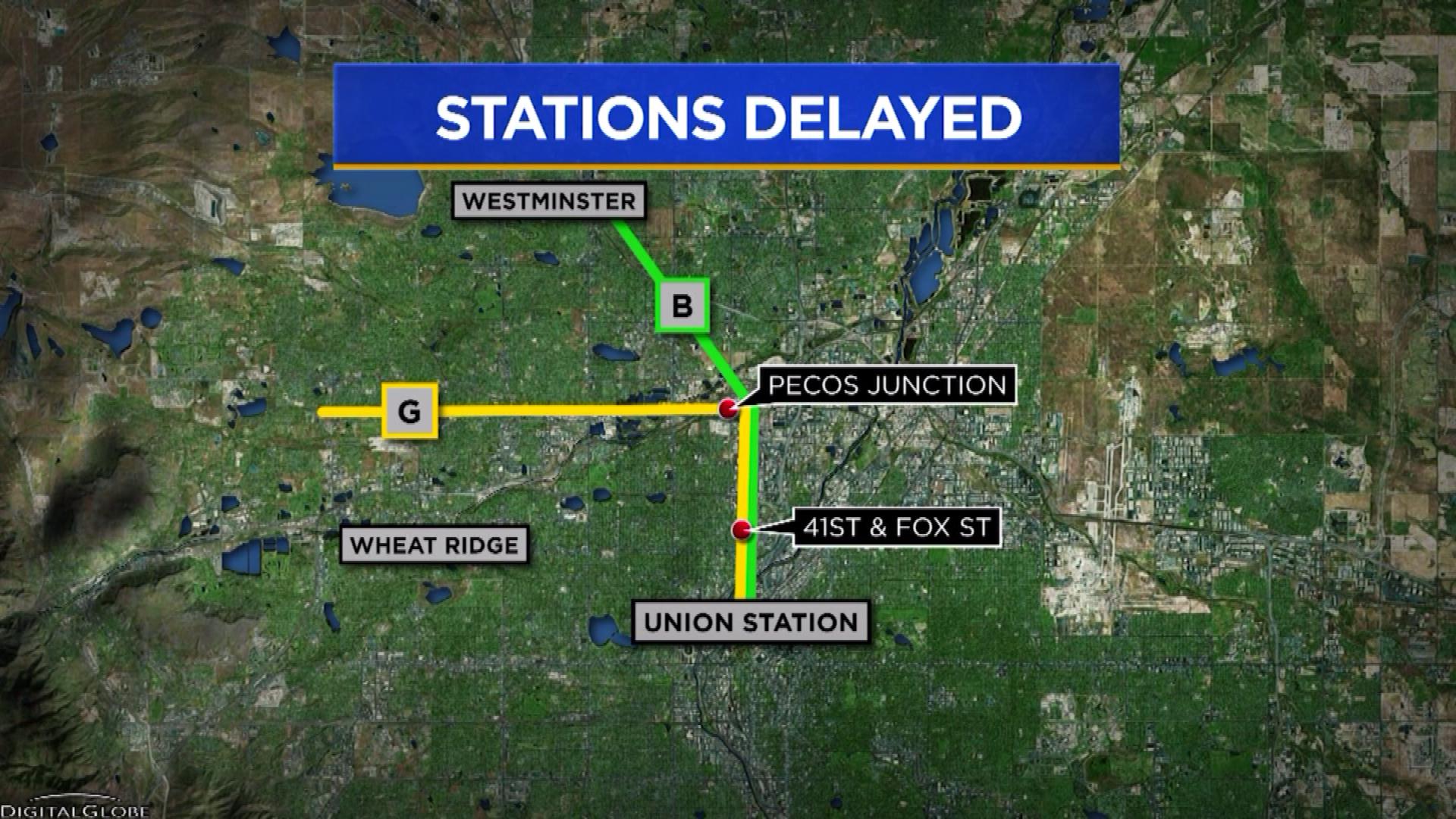 According to RTD, the B Line's proposed stops at the 41st and Fox station and the Pecos Junction station are not scheduled to open later this month as initially planned.

The stops are planned to be part of the G Line route to Wheat Ridge and Arvada. The G Line shares that portion of the route with the B Line.

The B Line runs past the two stations but doesn't stop. The G Line has been delayed from its opening date last year to later this year.

The Federal Railroad Administration stopped testing on the G Line until issues with the gates on the A Line from Union Station to Denver International Airport were resolved. Last week, testing was approved for the G Line.

When the G Line begins operating, trains on both the B and G Lines will stop at those two stations.