DENVER (CBS4) - Avalanche warnings have been extended through Saturday morning for most mountain areas of Colorado. After reaching a rare "extreme" danger level on Thursday for the first time since the warning system was created in 2006, zones around Vail, Aspen and Summit County are now considered to have "high" danger, which is rated 4 on a 5-point scale. 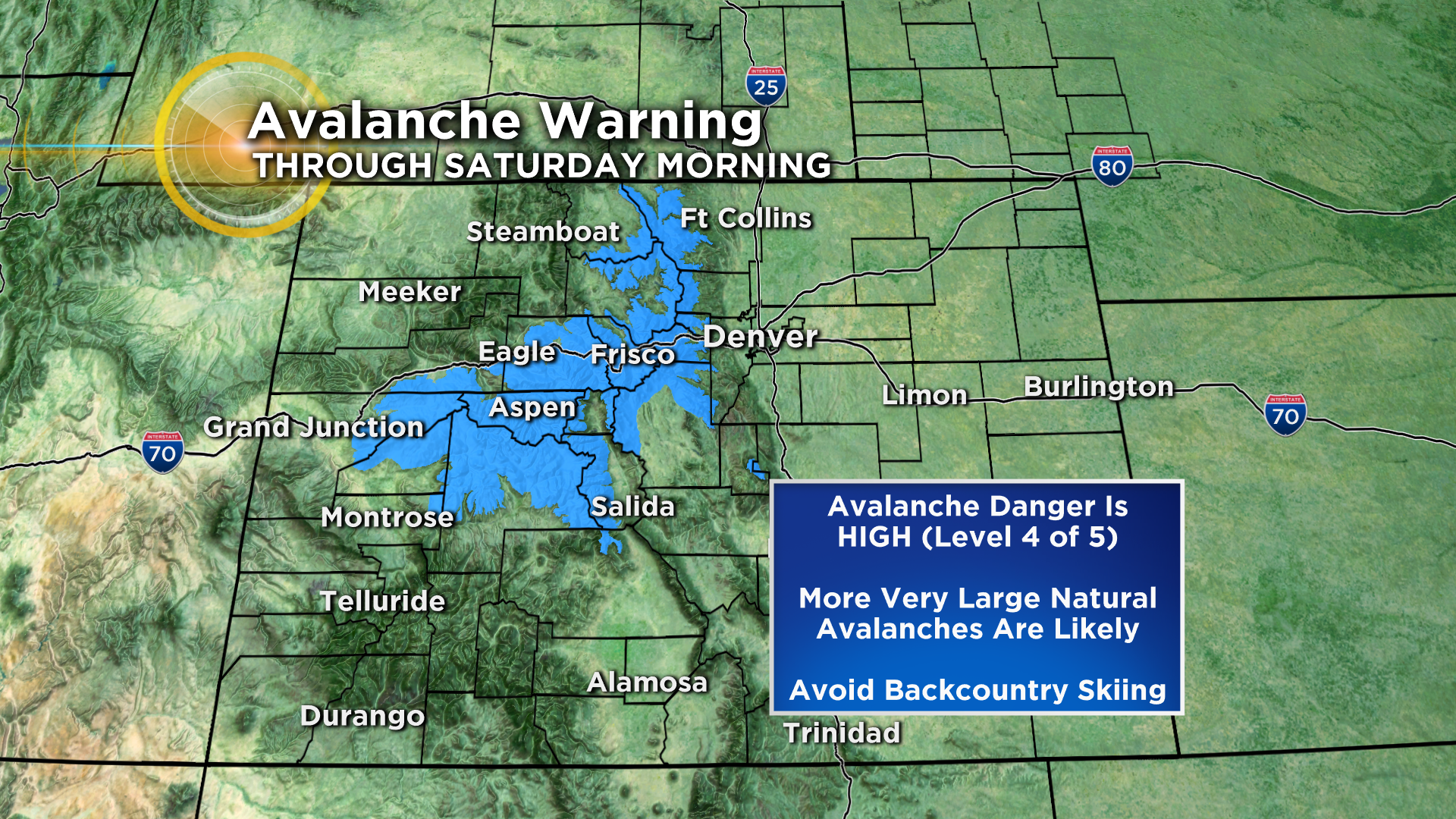 The first seven days of March produced at least 346 avalanches around Colorado, according to data collected by the Colorado Avalanche Information Center. A total of 37 were classified as "destructive," four of which were "historic" meaning they were "capable of destroying substantial amounts of forest or buildings."

Several of those slides covered major highways and trapped some motorists.

"Over the past 6 years, between November and May, we've averaged 2,133 avalanches per year," said Spencer Logan of the Colorado Avalanche Information Center. "We're already over 1,800 so far this season and there's still two and a half months to go."

Logan said avalanche activity has been odd this year, including the month of January, in which an unusual number of people were caught in avalanches.

Widespread snow is expected to fall through Friday night in the high country with a foot or more falling in areas where large slides have already been observed. In addition to the snow strong winds are also anticipated. 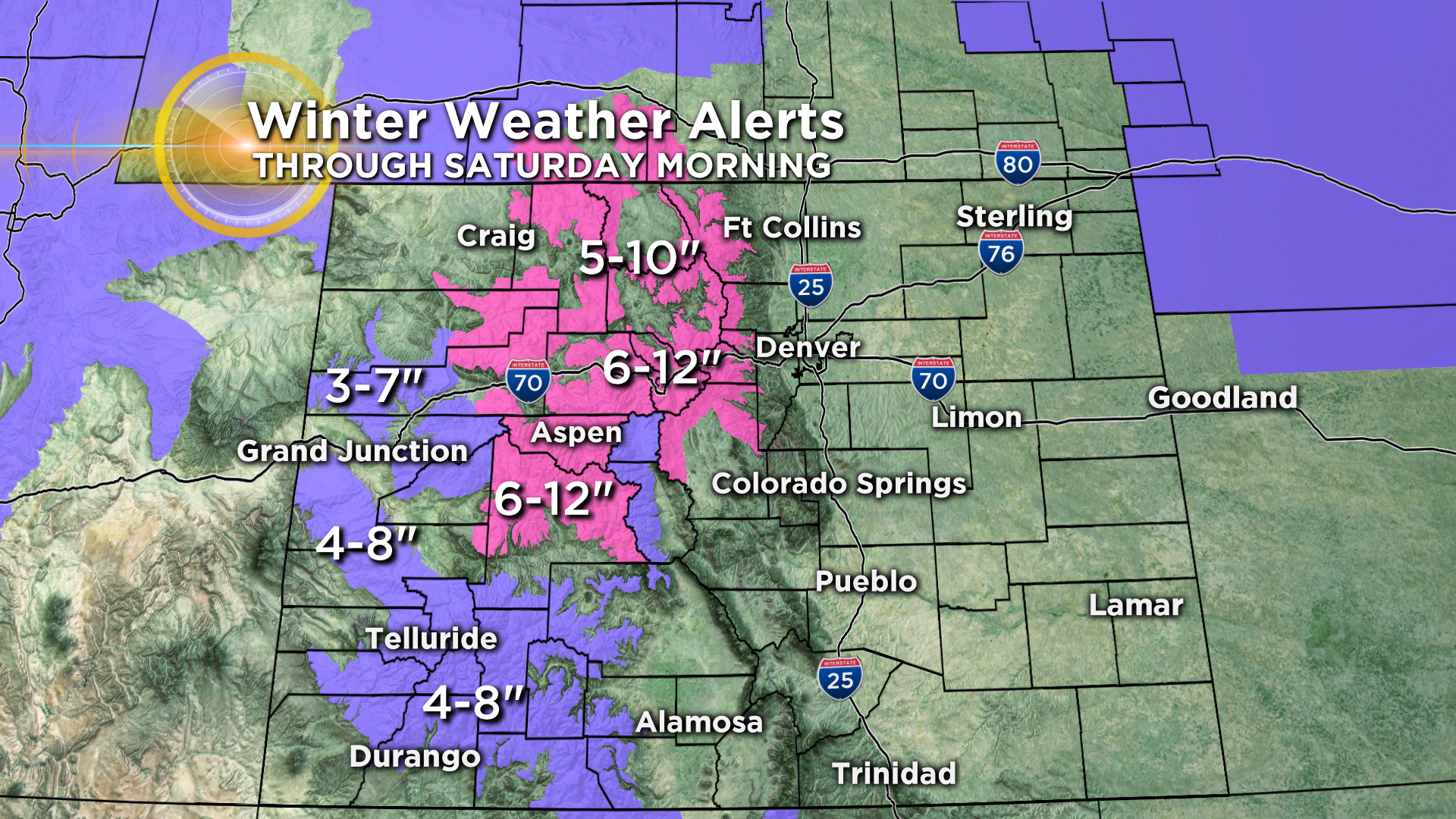 The recent heavy snow has been caused by an atmospheric river which has been transporting tropical moisture from the Pacific Ocean. Combine that with several storms riding along an active jet stream and you have the perfect recipe for March snow. 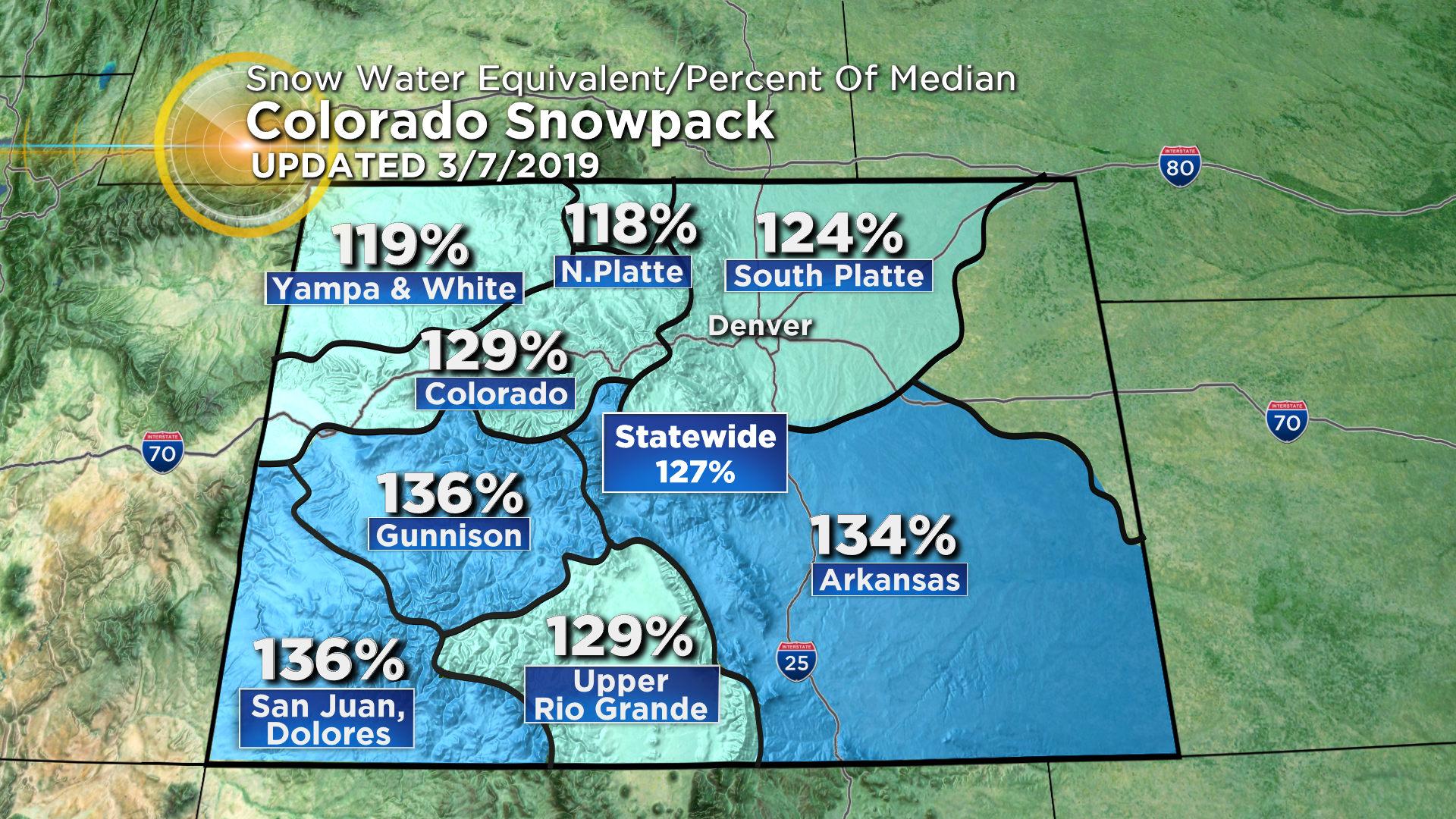 Because most of these storm systems have been relatively warm they've produced snow that is packed full of water. Denver Water reports that during the first 7 days of March they received their average monthly snow water equivalent over their Colorado River collection system.