PLATTEVILLE, Colo. (CBS4) – A police officer has been arrested, accused of causing a fatal crash in an apparent case of road rage in northern Colorado.

Forty-eight-year-old Blair Jackson, an off-duty Ault police officer, was arrested Wednesday after the crash with a pickup between Platteville and Gilcrest. The Weld County Sheriff's Office says the Ford Ranger rolled and the driver later died at the scene.

The deceased driver has been identified as Esteban Moreno Jr., 39, of Evans, according to the Weld County coroner.

Family members told CBS4 Moreno Jr. was headed to a relative's home in Longmont at the time of the crash.

According to a news release from the Weld County Sheriff's Office, Jackson was arrested on suspicion of second-degree homicide and reckless driving resulting in death. Thursday afternoon, a judge set Jackson's bond at $25,000.

Platteville police are investigating the case. As law enforcement ask for witnesses to come forward, they are keeping details of the circumstances of the crash, including why they believe road rage is to blame, under wraps.

Court documents detailing the reasons for Jackson's arrest have been sealed at the request of the Weld County District Attorney's Office. The office has also instructed investigators not to release a booking photo of Jackson to media.

Ault Police Chief Rich Strang says Jackson has been an employee of his department since December 2015, working as a patrol officer. Jackson is now on unpaid administrative leave, pending the outcome of the investigation. 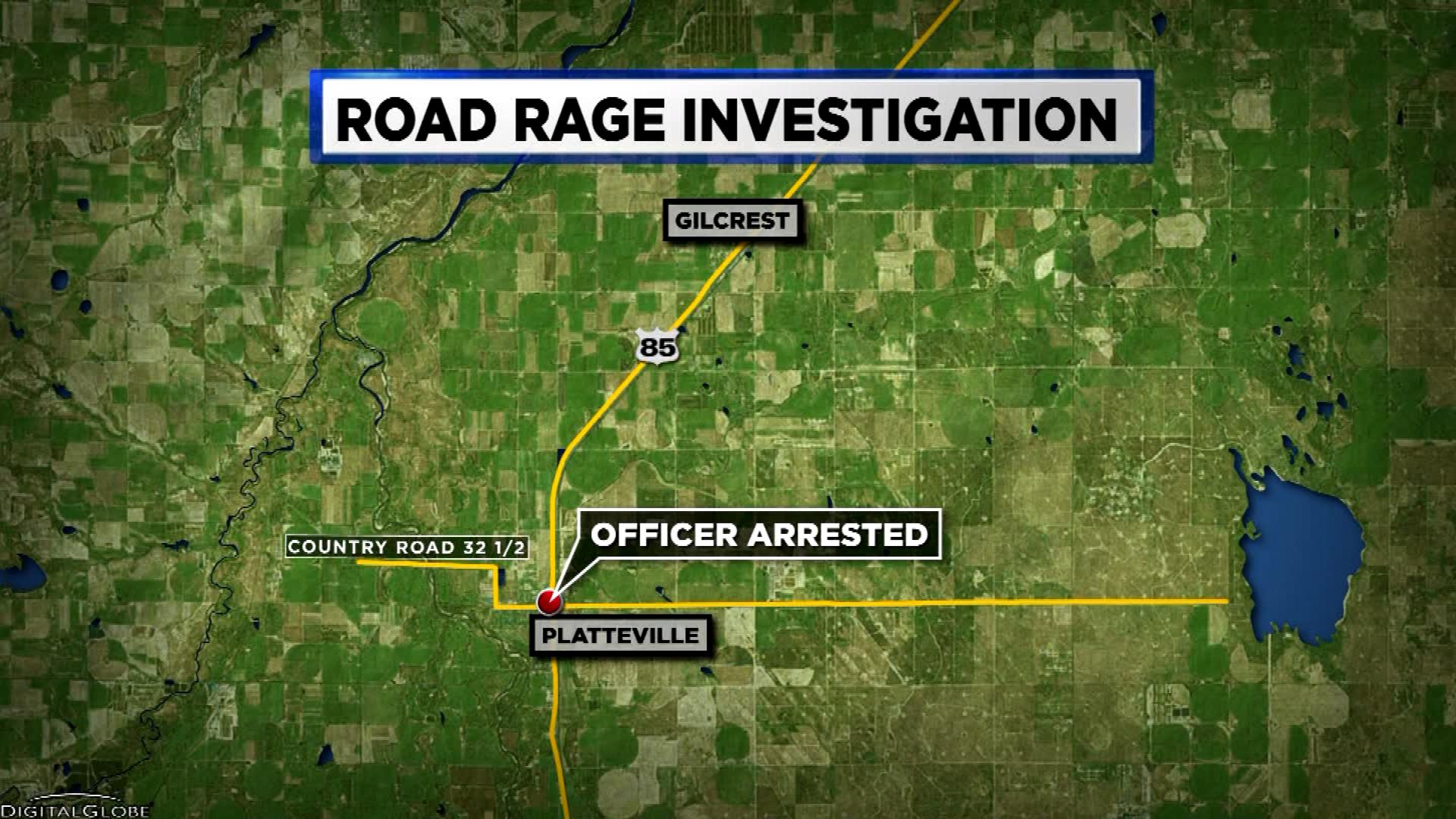 Court records indicate Jackson has no criminal history, but he does have a history of driving offenses. Infractions include a case in Arapahoe County in January, in which Jackson was originally charged with careless driving resulting in injury and pleaded guilty to a lesser offense, and, a 1998 case in Larimer County, in which Jackson pleaded guilty to careless driving and received a deferred sentence.