SUMMIT COUNTY, Colo. (CBS4) - A winter storm with the potential of dropping a foot of new snow in Colorado's High County has avalanche rescue crews on high alert.

"Colorado isn't the most deadly avalanche state in the country for nothing, our snow conditions and the number of folks out recreating are a dangerous mix," Pitman said.

On Saturday, Jan. 16, the Clear Creek Sheriff's Office and Alpine Rescue were notified of a missing hiker in the area of St. Mary's Glacier. After an intense search, the body of Todd Mussleman, 50, from Denver, was discovered by search crews in an avalanche in the area where the hiker was traversing. That search was hampered by high winds and blowing snow. It was officially the first avalanche death in Colorado this season. 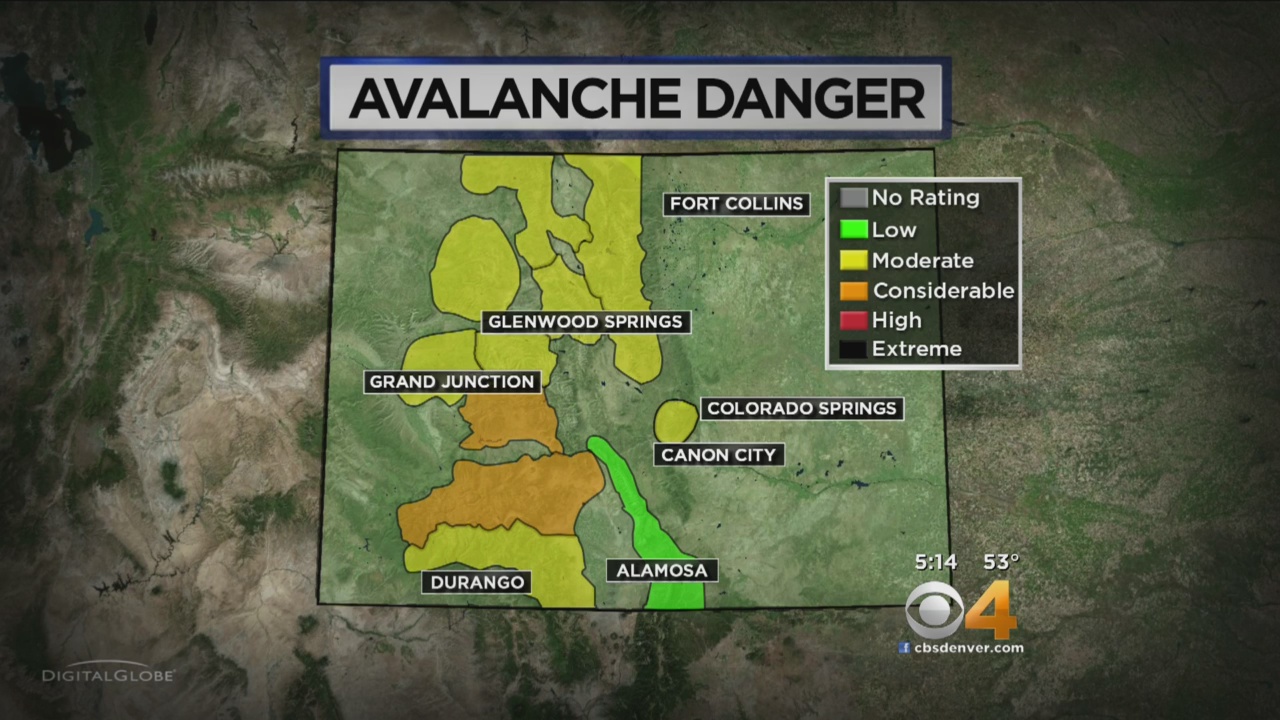 Currently statewide conditions are listed as considerable to moderate but those can change quickly.