The incident happened on Tuesday at Coronado Court in the town of Clifton in Mesa County. 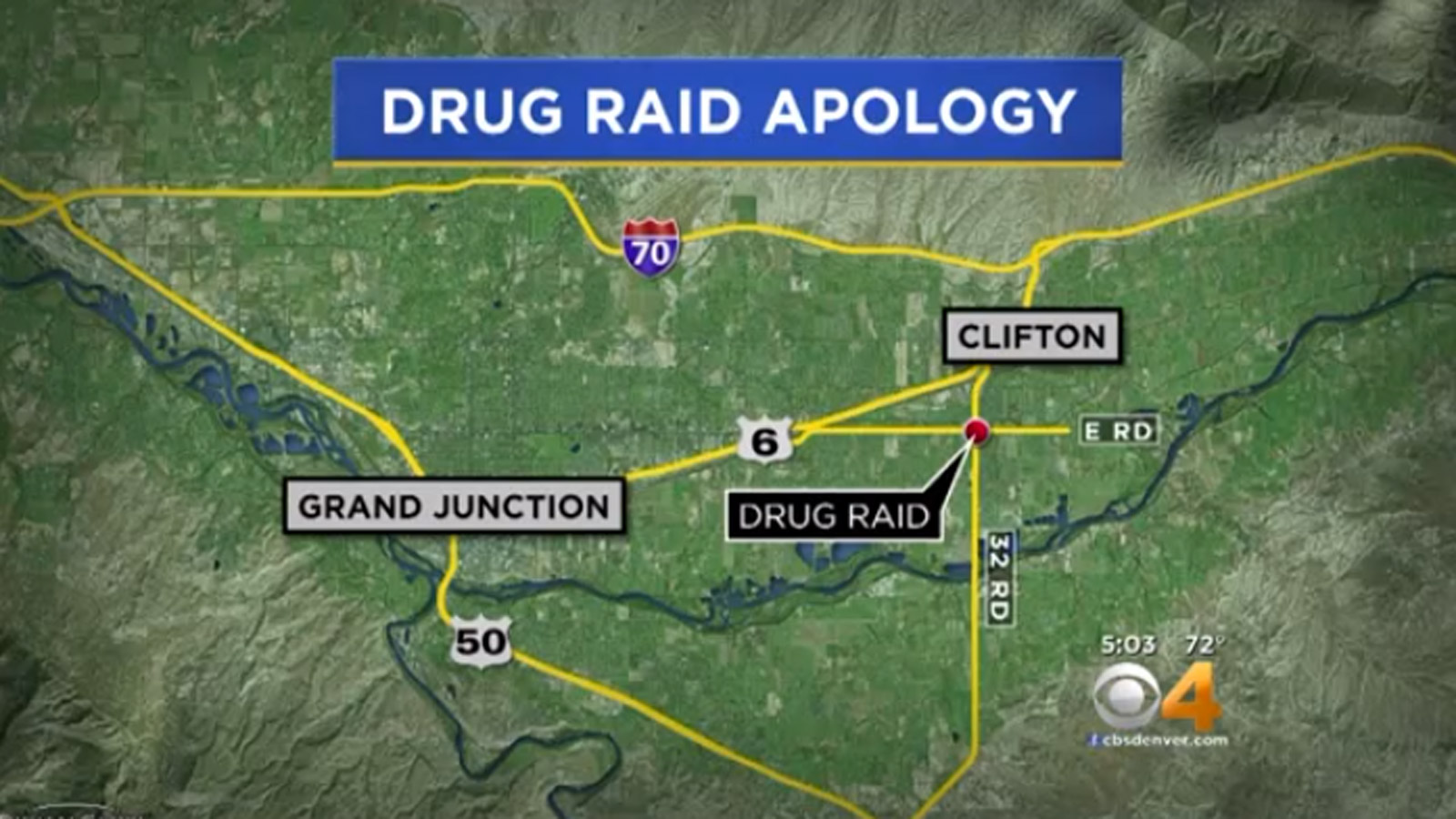 Police said they thought they were targeting a methamphetamine operation and instead forcefully entered a couple's condo with five children inside.

Mesa County and Grand Junction SWAT members surrounded the condo and broke down the front door and destroyed windows as they breached the house.

A person who previously lived at the address was apparently the suspect officers were looking to arrest.

"We got some pretty detailed information from (an) informant," police spokeswoman Heidi Davidson said, according to the Associated Press. "The name we were given was associated with the address. It just wasn't current."

"Believe me, our officers and deputies are extremely committed to accuracy, and no one wants to make a mistake like that," Grand Junction Police Chief John Camper said.

A neighbor told CBS4 they can't believe the mistake was made.

"You want to know why some people don't like cops? Because they don't get their facts straight all the time. They assume that certain things are that are true and then they go for it and it bites them in the butt," said Chelsea Caudill.

The residents of the condo told CBS4 they are in shock over what happened, but they are happy the sheriff's office is replacing all of the broken windows and front door. The office also says they will pay to put in new carpet because of broken glass that remains on the carpet from the raid.