LITTLETON, Colo. (CBS4) - A fire at a senior apartment complex in Littleton prompted massive emergency response on Wednesday afternoon. More than 60 people were displaced by the fire.

Police in Littleton tweeted an update on the situation early in the fight.

There were a dozen fire trucks, 10 ambulances, 75 fire and EMS personnel that responded to the fire in the 130 unit building at 5820 South Windermere Street in Littleton.

The fire started in on unit on the fourth floor. Two units burned in the fire while several others on the fourth and fifth floors suffered smoke and water damage. There wasn't a lot of damage to the exterior but interior damage was extensive.

Approximately 100 people were evacuated. Some of the seniors weren't able to make it out on their own and had to be rescued from their balconies. A few people were taken to the hospital as a precaution but there were no serious injuries. 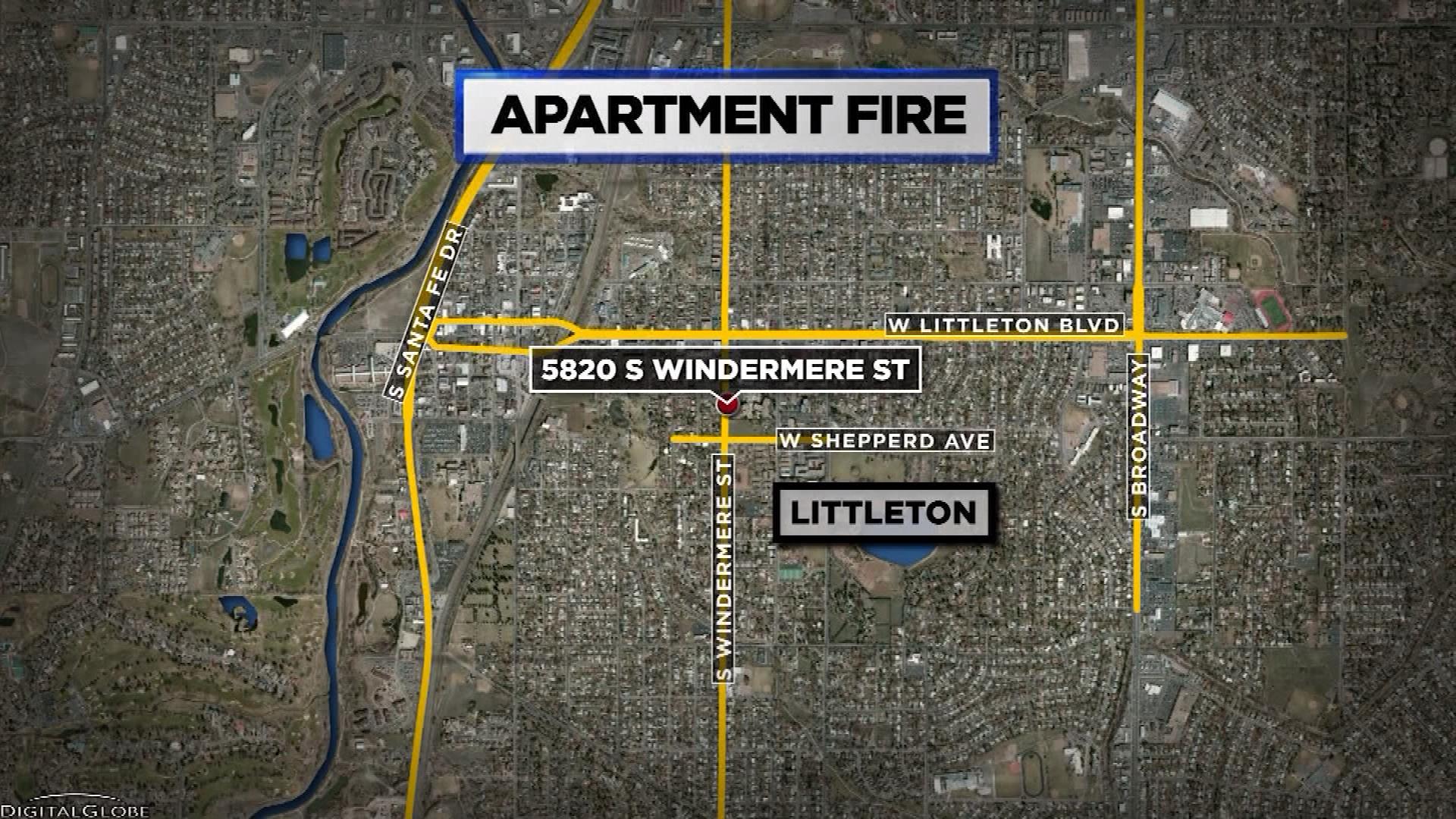 Liz Trokey, 81, had to be rescued. She not only lost her bird but says her apartment is now a total loss.

"The fireman walked right smack into the sliding glass door because you couldn't see a thing in there. It was just totally … engulfed in smoke; everything is ruined, everything … including me," Trokey said after smelling arm and chuckling.

Another concern about the older building is the presence of asbestos.

The Red Cross helped residents who were evacuated from the building. The organization says 67 people checked into their nearby shelter located at the Littleton Public Schools administration building at 5776 South Crocker Street. Some of them will go home with family or friends. The Red Cross estimates 43 will need to stay at the shelter overnight and possible longer.

The gas and electric service to the building has been turned off.

What caused the fire was under investigation.