PARK COUNTY, Colo. (CBS4) - The 64A Fire burning in Park County is one of two blazes firefighters have rushed to in a matter of weeks. The fire was sparked by two target shooters, officials said on Sunday.

Mandatory evacuation orders are in place for the Payne Gulch subdivision and Happy Top area.

Residents in need of shelter should contact the Salvation Army at 719-838-0140. Pre-evacuation of Brookside and Payne Gulch Trailhead remain in effect.

"If it gets on this property, this is a dangerous place to be," Greg Vincent, owner of the Glenn Isle Resort, told CBS4's Conor McCue. "These buildings are 100 years old and all made of timber and wood."

The 64A Fire has chared about 12 acres and is 50% contained. The two target shooters are cooperating with officials and are not in custody.

A few weeks ago, firefighters responded to the Shawnee Peak Fire nearby. As of Sept. 5, officials say it was 70 acres with 60% containment. 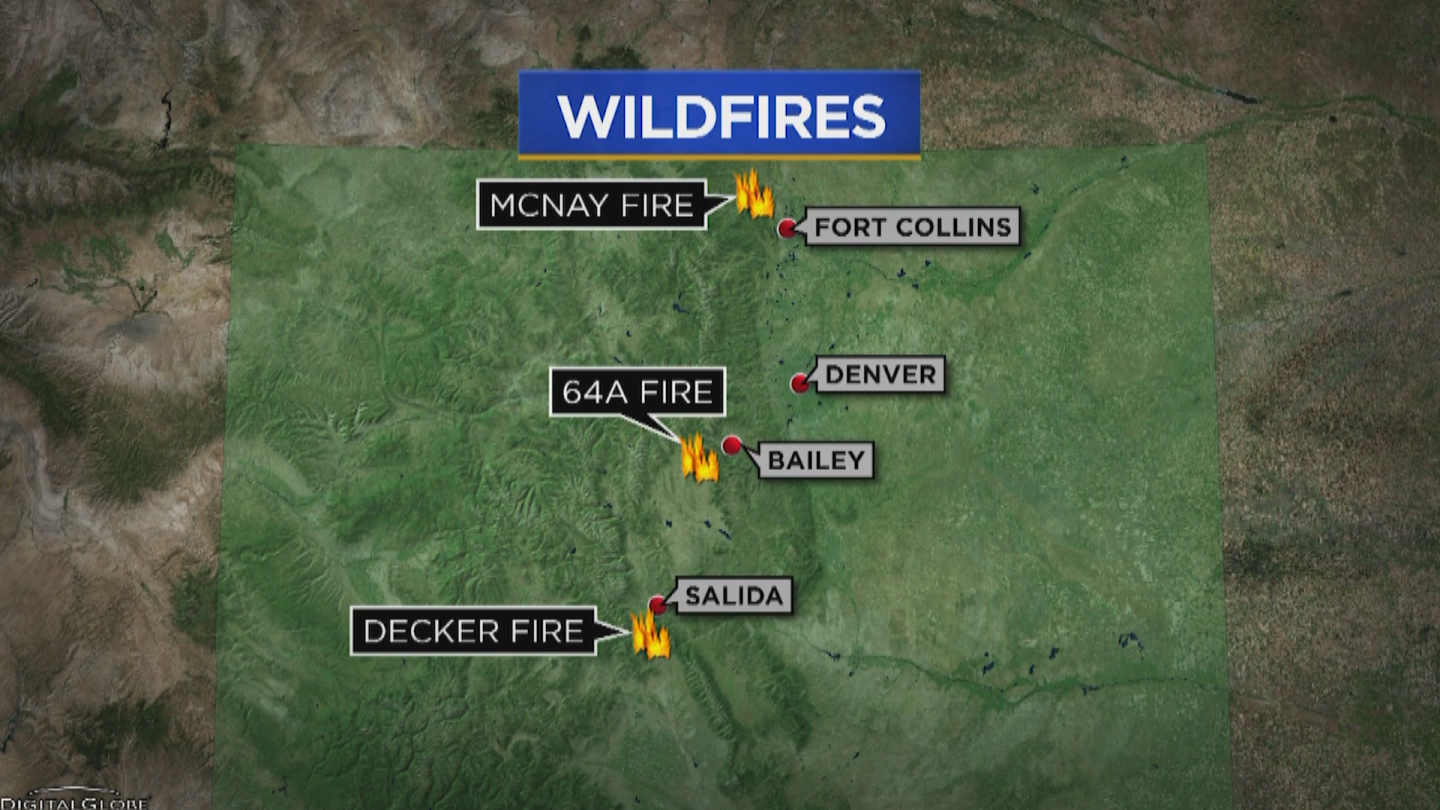 "So many disasters we don't get, but we do get fires and they can be incredibly devastating," said Scott Peck, co-owner of the Bailey Lodge. "So, for those of us with great investments up here, as a lot of owners, it's a very big deal."

Currently, Colorado crews are fighting a number of wildfires all around the state, including in Bailey, Salida, and the Roan Plateau. Platte Canyon Fire Chief Joe Burgett, who also responded to the Shawnee Peak Fire, told CBS4 last year's weather is partly to blame.

"With the amount of moisture that we did receive last year, our fine fuels, which are the grass and small brush, was able to grow quite a bit higher than it has in the past," Burgett said. "So, in the place of 6-12 inch fuels, we've now got 18-24 inch fuels."

It's a dangerous combination with the current dry conditions, and why fire officials are urging people to be smart.

"We just need to be mindful when we're in the forest recreating, whether it's with campfires or target shooting, or hunting, of what we're doing and where we're shooting," Burgett said.