Friends are shaken up over the sudden loss of 23-year-old Peter Hawkes. He is from the east coast and came to Colorado to attend school at CU.

He was golfing Tuesday at the Indian Tree Golf Course, on a distant part of the course with another player, when a storm quickly rolled in.

"It was dark skies, dark clouds," said Eugene Lucero, who was at the course right after the storm hit.

While some courses will sound a horn to warn golfers of incoming severe weather, the city's parks and recreation department, which operates this course, did not sound a horn as that is not their normal operating procedure. It is an individual's decision to play in a storm.

Hawkes and a friend instead hid under a tree on the course, and didn't make it to shelter.

"We were told that somebody had been struck and killed by lightning," Lucero said. "There was firemen and police and ambulances there on the course. It did turn out that the lightning had struck there."

This is the first lightning death in Colorado during 2016. Lightning is the leading cause of death from nature in the state.

Each year, about half a million cloud to ground strikes occur in Colorado. Experts say you should seek substantial shelter, like a house or car.

Carports, picnic covers, tents and even hiding under a tree are not safe. 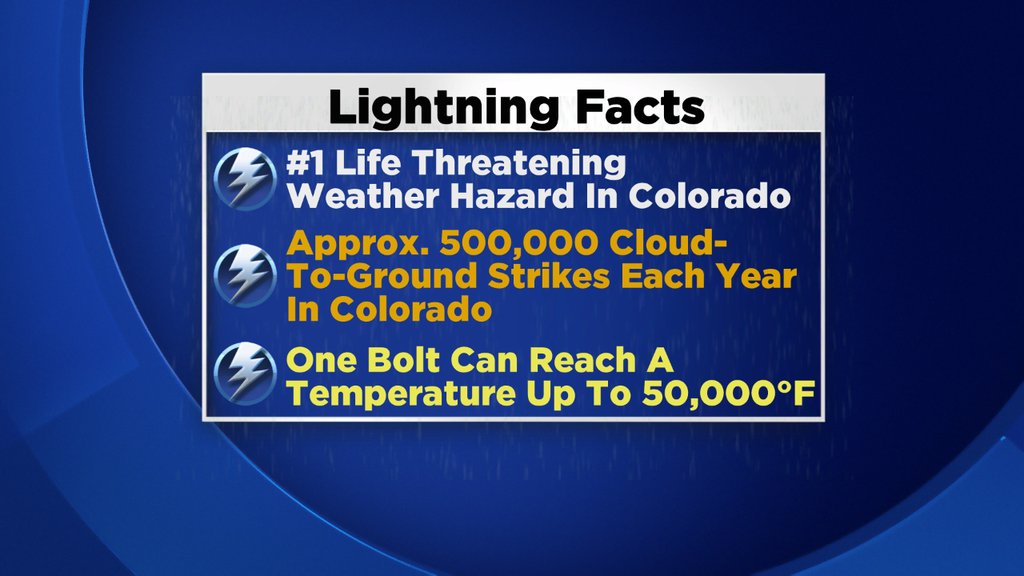 The condition of the other person who was struck is unknown.