It would be a stretch to say that it's almost football time, but one of the final secrets of this upcoming season has finally been revealed. The NFL schedule was released at 8 p.m. Tuesday night and it has once again brought football to the forefront of all of our thoughts. Sure, we've known what teams were going to play each other since late last year, but aren't we all just looking for any possible excuse to get excited about football again? The complete 2015 schedule is as good of a reason as any, so let's break it all down. Here is your complete breakdown of the 2015 NFL schedule, beginning with the top 5 matchups this upcoming season.

If you're wondering why this game is number one, I'll just leave this here to refresh your memory. This is unquestionably the rematch of the year. The Patriots and Seahawks aren't going to meet in the regular season and that could have topped this one but I don't think there will be any love lost between these two teams. The Packers will by dying for some sweet vengeance at home while the Seahawks are going to be hoping to put last year's debacle at the Super Bowl in their rear view mirror as quickly and efficiently as possible. Cancel your plans and get ready because Sunday night game is going to be all sorts of epic.

Could this be the 17th and final time we get to watch Tom Brady and Peyton Manning face off? We ask that every year and somehow luck into another matchup but this could truly be the end. Manning knows he'll need to beat Brady and the defending Super Bowl champs if they are going to make this season a magical one and leave the Broncos in style. 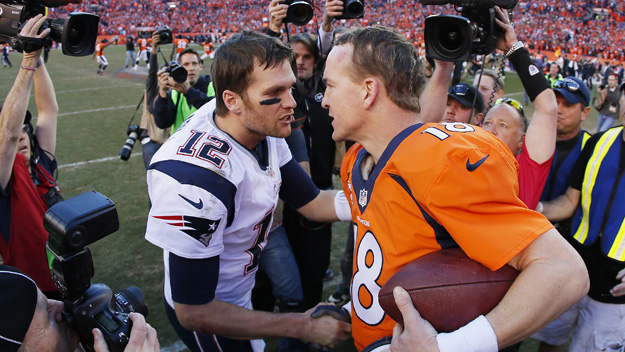 Whatever Chip Kelly's plan is, we know it'll heavily involve DeMarco Murray, which undoubtedly has Murray excited as can be for the week two matchup against the team that didn't resign him in the Dallas Cowboys. Besides the juicy Murray angle, this is still a nasty rivalry between two teams that are going to be battling for the NFC East all season long.

Think Rex Ryan has circled this one on his schedule yet? This going to be a wild one. The potential for Rex to eliminate his former team the Jets from the playoffs in the final week of the season or for Rex's old team to do the same to him in front of Bills fans in Orchard Park is as salacious as it gets. Week 17 is always rife with division matchups but this one is almost too good to be true. It's almost too bad that both teams aren't off week 16 to maximize the amount of trash talk before they finally square off. 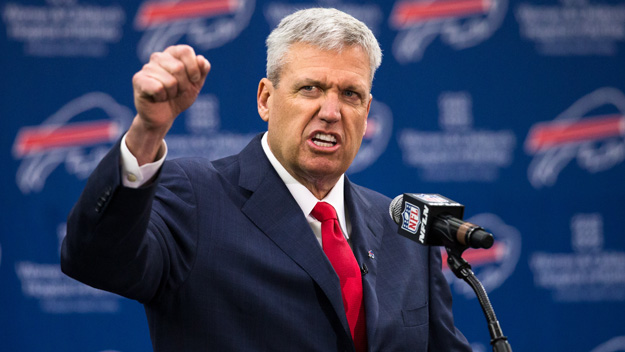 It certainly seems like Andrew Luck has arrived. He's got the rocket arm, he's had some playoff success and he seems to be a true leader for the Colts. The only thing he hasn't been able to do just yet is beat the standard-bearer of NFL quarterbacking - Tom Brady. Luck has tried four times and the closest he's come was a 21-point loss to the Pats in 2014. Can he finally get over the hump, or will Brady and the Pats continue their dominance of the young quarterback? As per usual, it'll be a blast finding out.

Best Week Of The Season - Week 2

Obviously week 17 will carry the most weight and there will certainly be more critical games over the course of the season, but week two is just stacked. There is no tip-toeing into the NFL season, we get right into it in week two. Broncos vs. Chiefs, Cowboys vs. Eagles, Seahawks, vs. Packers, Patriots vs. Bills, Rex vs. Bill - this is going to be one of the best 'sit on the couch for 12 hours' days of the year.

First game out of the gate for the Steelers is against the defending champion Patriots on Thursday night. That's rough, but besides that the Steelers better have a pretty solid record going into week 12 or they might be in a world of trouble. After travelling to Seattle for week 12, they face the Colts at home, the Bengals on the road, the Broncos at home and then the Ravens on the road before wrapping up the season against the Browns. Good luck with that stretch Steelers fans.

Rest Of The Top 5 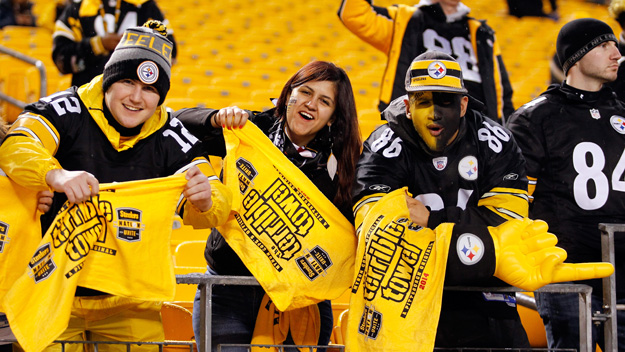 Well, this is the end result when your 2014 division winner is the 7-8-1 Carolina Panthers. The Falcons' strength of schedule is obviously weighted heavily on last year's NFC South being dreadful, which is also why the rest of the division (Saints, Panthers and Buccaneers) all are in the top 6 for easiest schedule this year. Who knows, maybe an easy schedule will make the division more watchable this season.

Rest Of The Top 5

So now the stage is officially set. Between now and September 10th when the Patriots and Steelers kick things off on Thursday night some of the players may change but for the most part the only thing now standing between us and football are a few months of summer. It's safe to say, we're all 'officially ready for some football.

More from Bryan? You can email him or find him on Twitter @bcaltman.