The arrests included misdemeanors, such as resisting arrest, to more serious felonies, including robbery and assault on police.

The group of eight men and three women are expected to make their first court appearance Thursday morning.

Protesters were seen clashing with police on the Colorado Department of Transportation cameras at Broadway and Colfax just before 7 p.m. Wednesday. Video appears to show an anti-police protester pushing an officer off his motorcycle.

SWAT officers were also called in as they tried to control the crowd.

Police said they protected the protesters as they made their way downtown. They also said say they had to use pepper spray to control some protesters while they were arrested.

It's unclear exactly what sparked the protest. One protester named Brandon told CBS4 he received the invite via Facebook for a peaceful anti-police rally.

"I just wanted to come out here and see what, who they serve. Whether they're ready to listen or ready to attack us," Brandon said. 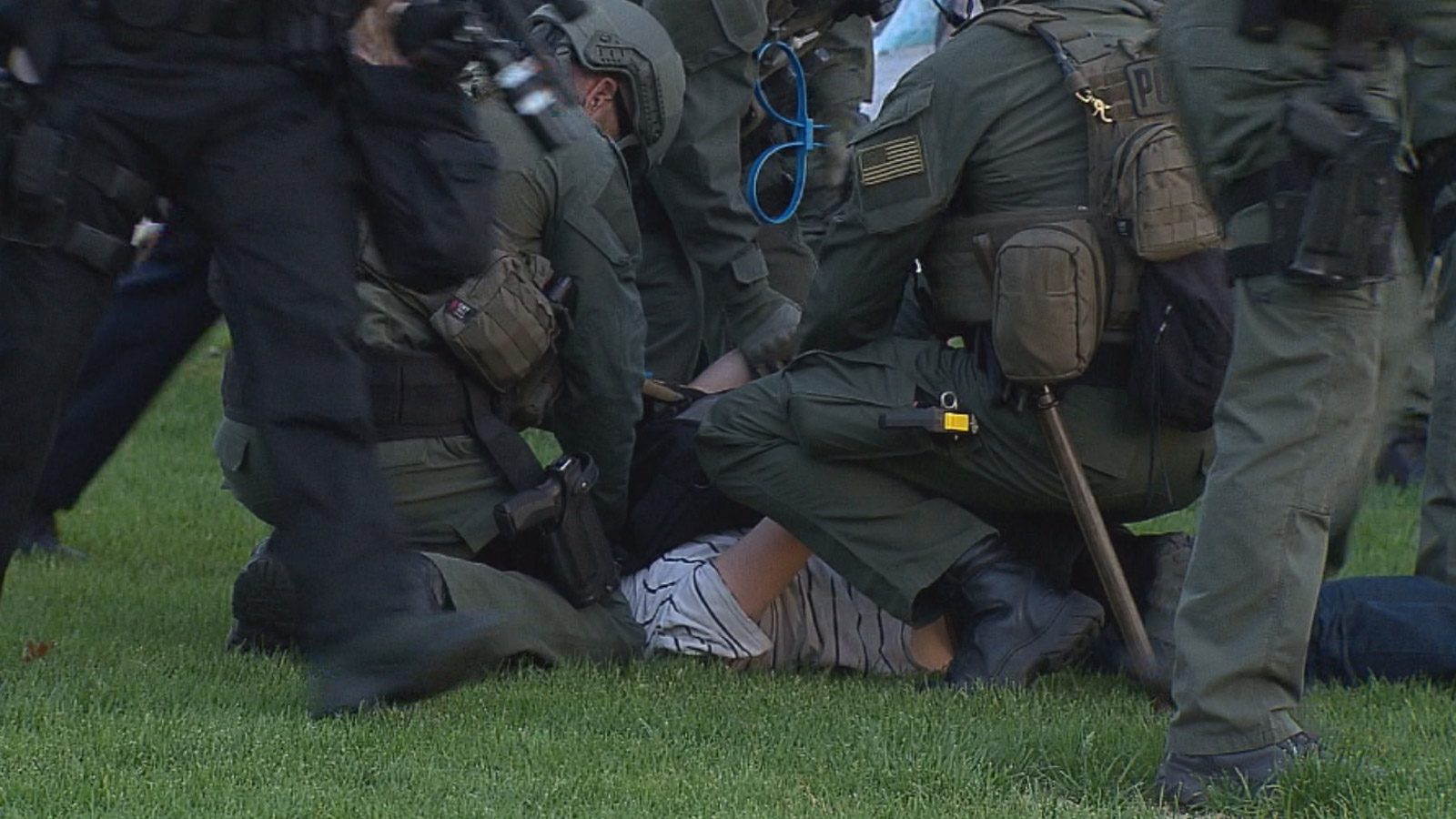 Brandon said he didn't think the event had any connection to recent protests in Baltimore and New York.

Some not involved with the scuffling carried signs that read, "End Police Brutality" and "Stop Police Terror."