WESTMINSTER, Colo. (CBS4) - One student was hurt in an explosion at Hidden Lake High School on Wednesday morning and rushed to the hospital. The school was closed for the rest of the day.

The explosion happened in a science room and may have been the result of a chemical reaction. Something exploded in a confined space involving a mortar ceramic mixing pot.

Firefighters from Westminster rushed to the school just before 8 a.m. where they found a male student who was injured. The student was working one-on-one with a teacher when a science project turned potentially dangerous.

"They were apparently working on a project with two dry chemicals that are normally fine if they're interacting with each other, but as they were mixed, there was pressure applied and somehow that sparked a reaction that caused a ceramic bowl to explode," said Westminster Public Schools Spokesman Steve Saunders. 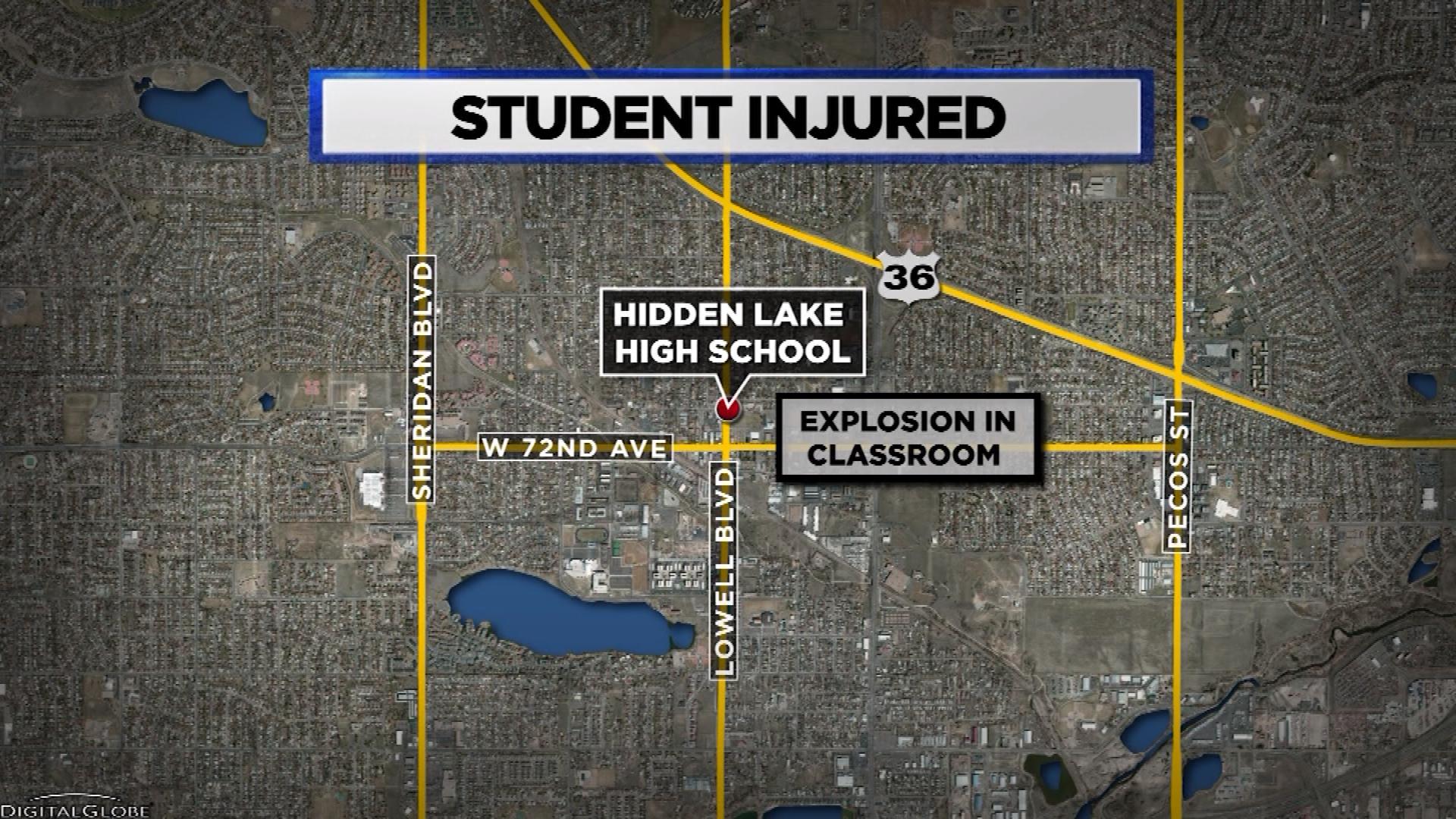 The school was evacuated and classes cancelled for the rest of the day. Saunders said there are all indications the school will reopen Thursday.

Some students were surprised when they arrived to find all the emergency vehicles.

"I didn't really make it into the school. There was a bunch of different people hanging around outside and I walked up and there was a police officer blocking the one way street and so everyone was just kind of standing around, freaked out wondering what was going on and I got a text saying that someone blew up their hand in a science explosion," said student Erin Grant.

The student was rushed to Denver Health Medical Center with non-life threatening injuries.

"He had injuries to both of his hands, one of them pretty significant that it's going to require surgery," Saunders said.

The student has not been identified.

Investigators with Westminster Fire and Westminster Police Departments are working to determine the exact cause of the explosion. School officials will review science project protocol.

"Certainly review it and make sure something like this never happens again," said Saunders.

There was no structural damage from the explosion but the blast did cause a mess in the classroom.