AURORA, Colo. (CBS4) - A Jefferson County Sheriff's deputy who was shot and injured while he was off-duty Tuesday night remained in the hospital on Wednesday morning. He was listed in stable condition and his prognosis for recovery was listed as good.

Police have arrested one a suspect and they are searching for another in the case.

The incident happened at approximately 7:20 p.m. at The Courtyards at Buckley Apartments, located at 17396 East Adriatic Drive. That's near the intersection of Buckley Road and East Evans Avenue.

Police say the deputy was in the parking lot of the apartments when he was approached by two males. Investigators say the two males were trying to rob the deputy and shot at him, hitting him twice. The deputy was able fire back and shot and injured one of the suspects.

Both suspects ran off but police were able to capture the suspect who was shot. The injuries to that suspect, a teenager, were described as being non-life threatening. His name is being withheld because he's a juvenile.

An extensive search for the other suspect was unsuccessful overnight.

A witness who lives nearby told CBS4 he heard several gunshots and then he tried to help the deputy right afterwards. He said the deputy was in pain and scared.

"I held his head up and we put pressure on his wounds," witness Mike Marshall said. "His gun was lying in the ground about three feet away from him, and his badge and wallet were lying on the other side of him."

"We believe that the motive for this shooting was an attempted robbery," Aurora police spokesman Sg.t Chris Amsler said.

"I've been here five years, and this is a quiet end of the building, so when I heard gunshots, I was concerned," Marshall said.

A $6,000 reward of is being offered for information that leads to an arrest of the suspect who is at large in the case. 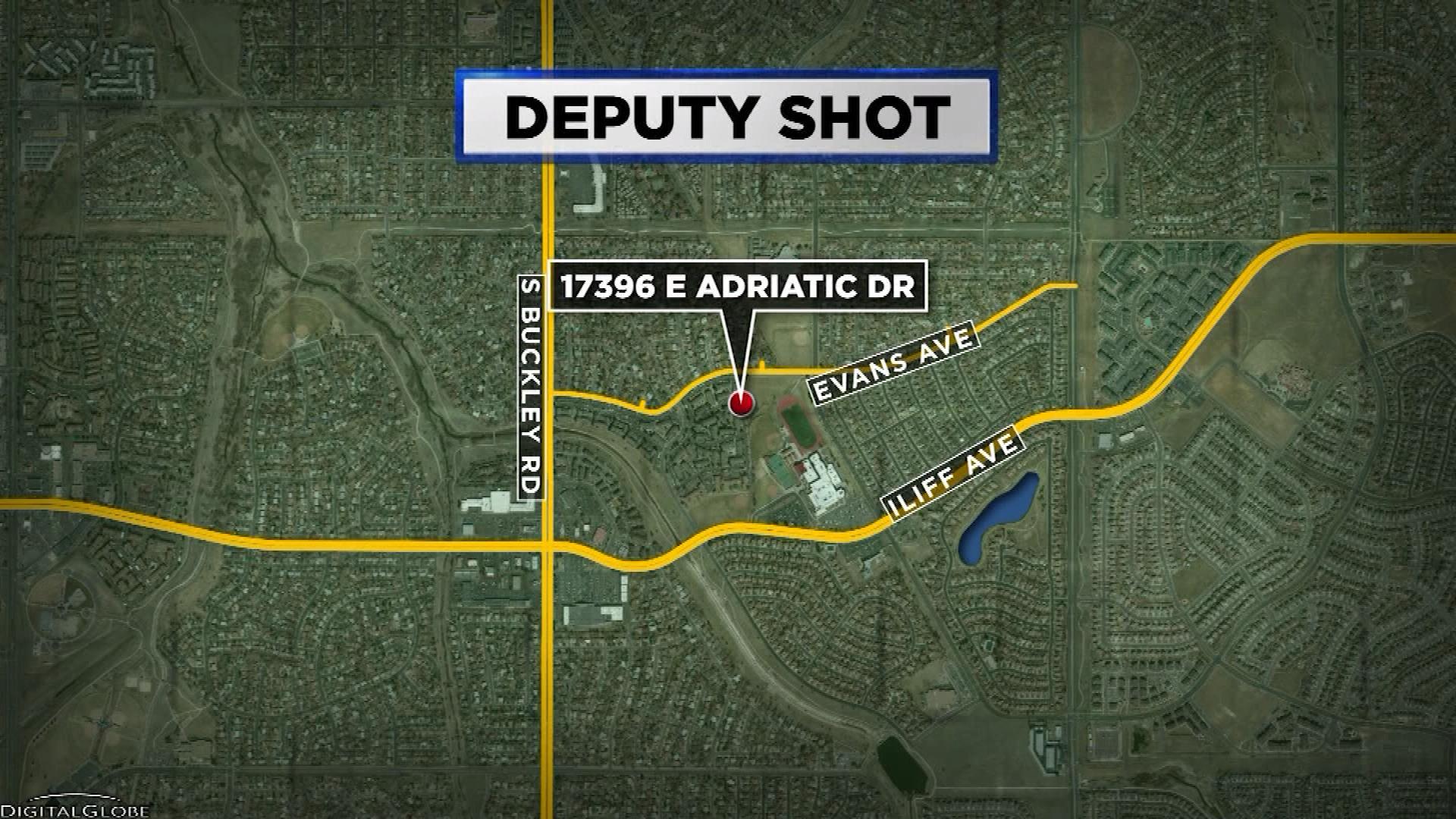 He was described as being a black man wearing a brown jacket at the time of the shooting.

"We want that person off the street whether he's in Aurora or this side of town," Jefferson County Sheriff Jeff Shrader said.

Shrader described the deputy as an exceptional employee who has been with the department for more than a decade.

"There was a point in time obviously in this incident where he was required to take law enforcement action," Shrader said.

The deputy's identity has not been released.

The following information about this case was released by Aurora police:

Investigators are asking anyone with information about this case to call Agent Matt Ingui with the Major Crimes/Homicide Unit at 303-739-6067 or Metro Denver Crime Stoppers at 720-913-7867. Tipsters who call Crime Stoppers and remain anonymous and be eligible for a reward.