CHICAGO (CBS) -- Back in the 1920s the vast land between Soldier Field and the Chicago River resembled Lollapalooza after a rain-soaked, three-day mosh.

But Lolla only takes over a small portion of what is now Grant Park. This is what the whole place looked like back then.

In the photo above from the National Archive, there was the shell of Solider Field and some railway lines (some that still exists for the South Shore and Metra Electric commuter service.)

The Field Museum basically stood alone on what is now the Museum Campus.

Then nothing until the Art Institute on Michigan Avenue.

There is no Buckingham Fountain, no Lake Shore Drive.

When Lake Shore was first laid out, it ran to the east of Soldier Field and the Field Museum. In the 1990s, the road was moved to the other side, allowing the city to create what is now Museum Campus.

60 plus years later, the area just north of Grant Park was undeveloped.

However, one big step to make that area more attractive to development was the reroute of Lake Shore Drive in the 1980s as seen in this photo from CARLI Digital Collection at UIC. 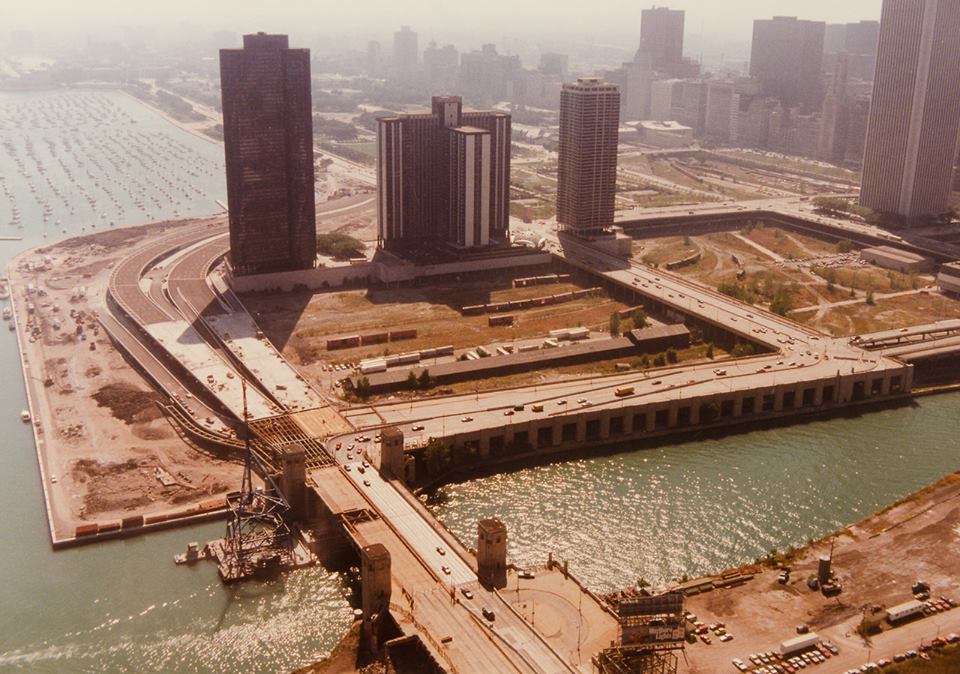 It still took another three decades to build up this rather prime spot of real estate.

In the 1990s, developers created a par 3 golf course in the area, hoping to attract executives for a quick round during the day. It didn't last very long.

Here is what that same area looks like today from Google Earth.

The red arrows indicate the path of Lake Shore Drive before the S curve was moved. 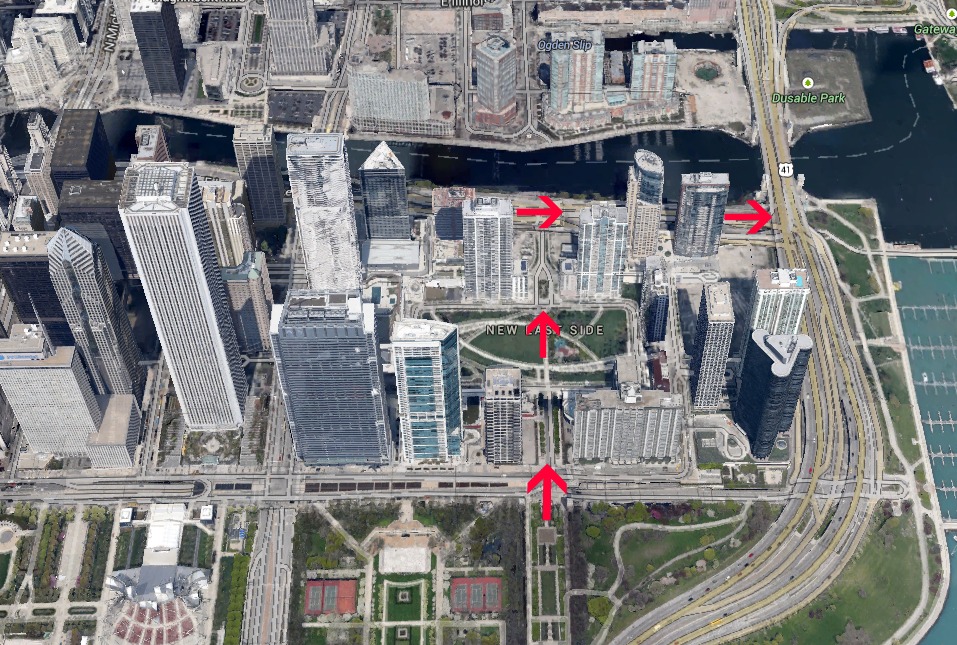