CHICAGO (CBS) -- Former Loyola volleyball star Jeff Jendryk has been playing professionally in Germany getting ready to play with Team USA in the summer Olympic Games in Tokyo. Now, with the Olympics postponed for a year, he's trying to stay active back home in Wheaton while he and all of Team USA wait. 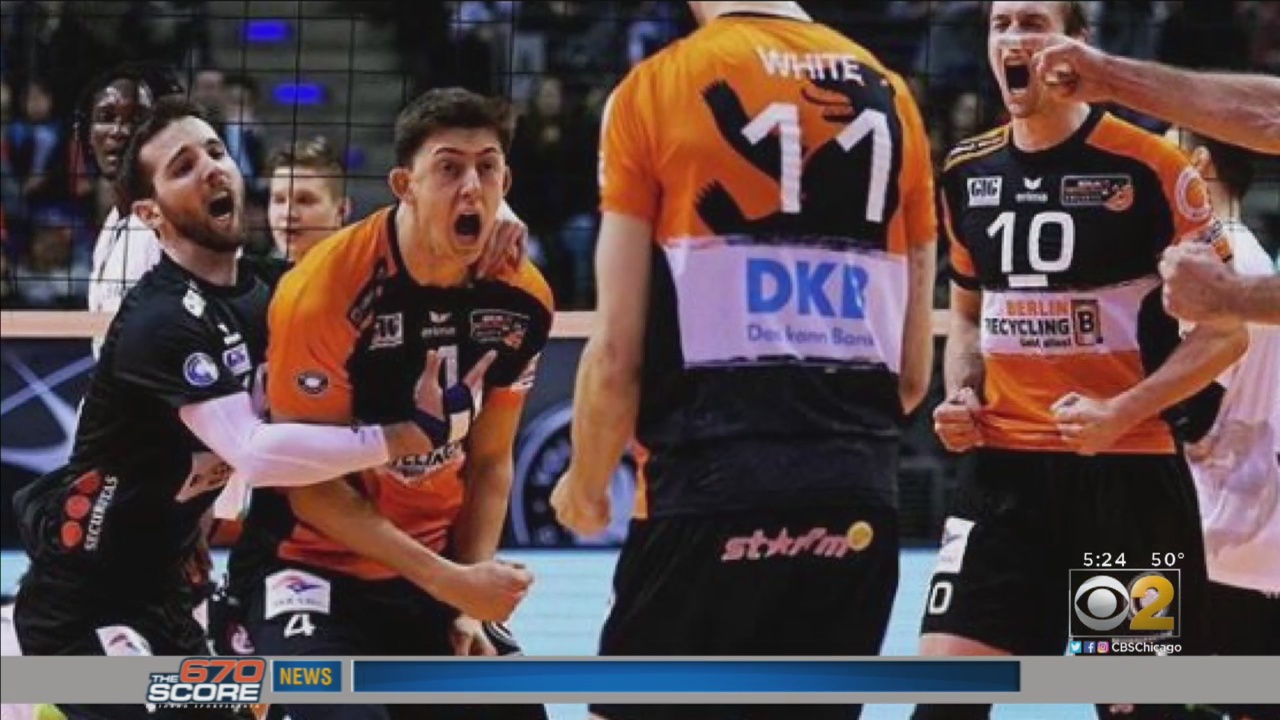 "To be honest we're unsure whats going to happen," Jendryk said. "Right now we're trying to find a time where we can all fly back to California and start training, but as of right now everyone's kind of at home quarantined. Most of us were in Europe, so we're back home and just kind of finding ways to be active. I think this 2021 Olympics, you know, as much as it kind of stinks to have to wait one more year, it's worth it for those guys. It's worth it for me. I'm going to get better playing one more year of volleyball."

Jendryk was in Germany when everything started to change due to COVID-19.

"We were supposed to play two more weeks, however the league got canceled," he said. "They sent everyone else home, so I had two days to pack up my apartment, clean it out and get home on a flight, which was really stressful, but we made it."

Jendryk is working to keep active by himself, even though volleyball is not a one man sport.

"I actually just bought some 60-pound sandbags at Home Depot yesterday," he said. "It's tough, it's really tough. I've got sisters at home. I actually just bought a volleyball on Amazon. We're going to go just pepper and kind of play around, but it's really tough. There's not much you can really do other than just hit a ball against the wall, working out, getting stronger. You really can't do some of these technical things. A lot of it is just self growth. I'm just researching a lot, focusing on health and fitness, just finding ways to keep going, finding ways to be active, whether it's learning how to become vegan or learning about the stock market. It's just small things like this where I can at least grow as a person."