CHICAGO (CBS) - The family of a St. Charles woman is filing a wrongful death lawsuit alleging doctors ignored warning signs of over-prescribed painkillers. The woman's family says her death is a casualty of the opioid crisis.

Linda Svanstrom, 55, of St. Charles, died in February 2017 of a prescription overdose, leaving behind two grandchildren and three children, including a son with disabilities.

Svanstrom's daughter, Nina Koehler, says a hospital, pain clinic, and doctors all over-prescribed the painkillers that lead to Svanstrom's death.

Her family says doctors prescribed painkillers for pain Svanstrom was having in her knee. 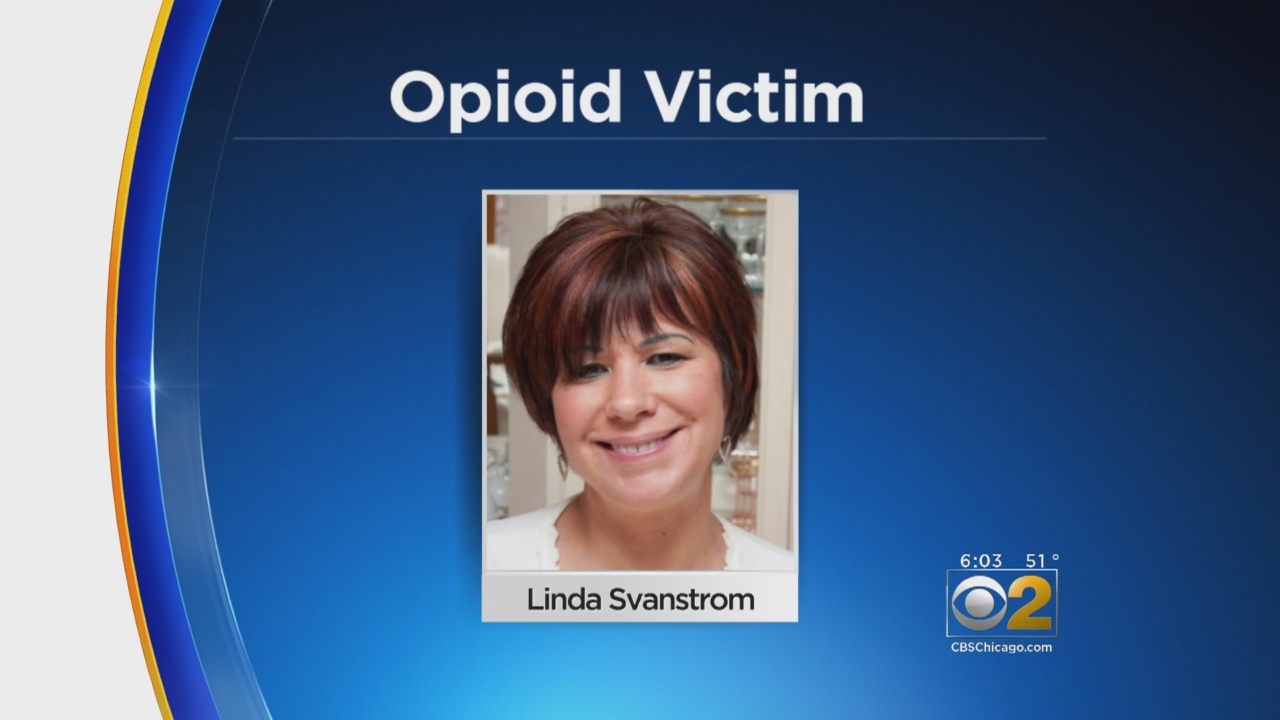 Koehler stated, "I don't want to call them drug dealers because I hold doctors in high regard, but they were handing out the medication. It was way too easily accessible to her."

Mark McNabola, the victim's attorney, said, "There has to be checks and balances given to dangerous drugs. A number of drugs, including four opiates, were working, but at the same time, contributed to her death."

CBS 2 contacted the defendants in the lawsuit. No one responded.