CHICAGO (CBS) -- The image of the billboard could have come out of an episode of the 1990s MTV cartoon show, "Beavis & Butt-Head."

The slogan on a recent billboard at Randolph and Canal for esurance read: "Cover Your Home In a Click."

The spacing between the letters is so condensed that the "cl" appears to look like a "d."

An image of the billboard was posted on Twitter on Wednesday.

It might be reasonable to suggest that the billboard could have been doctored, either by the workers who installed it or via editing the digital image. The "c" does appear to be slightly lower than the "lick."

An esurance spokesman sent an email to CBS 2 to assert that the photo was in fact altered and included another picture of the billboard as proof.

"Earlier this summer esurance placed a series of outdoor billboards in Chicago," wrote Danny Miller, senior manager of communications for the company. "Soon after, however, we discovered that from a distance, the final word could be read as something else. As a result, all of the ads in question were taken down by July 24."

The photo provided by Miller does appear to be different that the one sent out on Twitter. 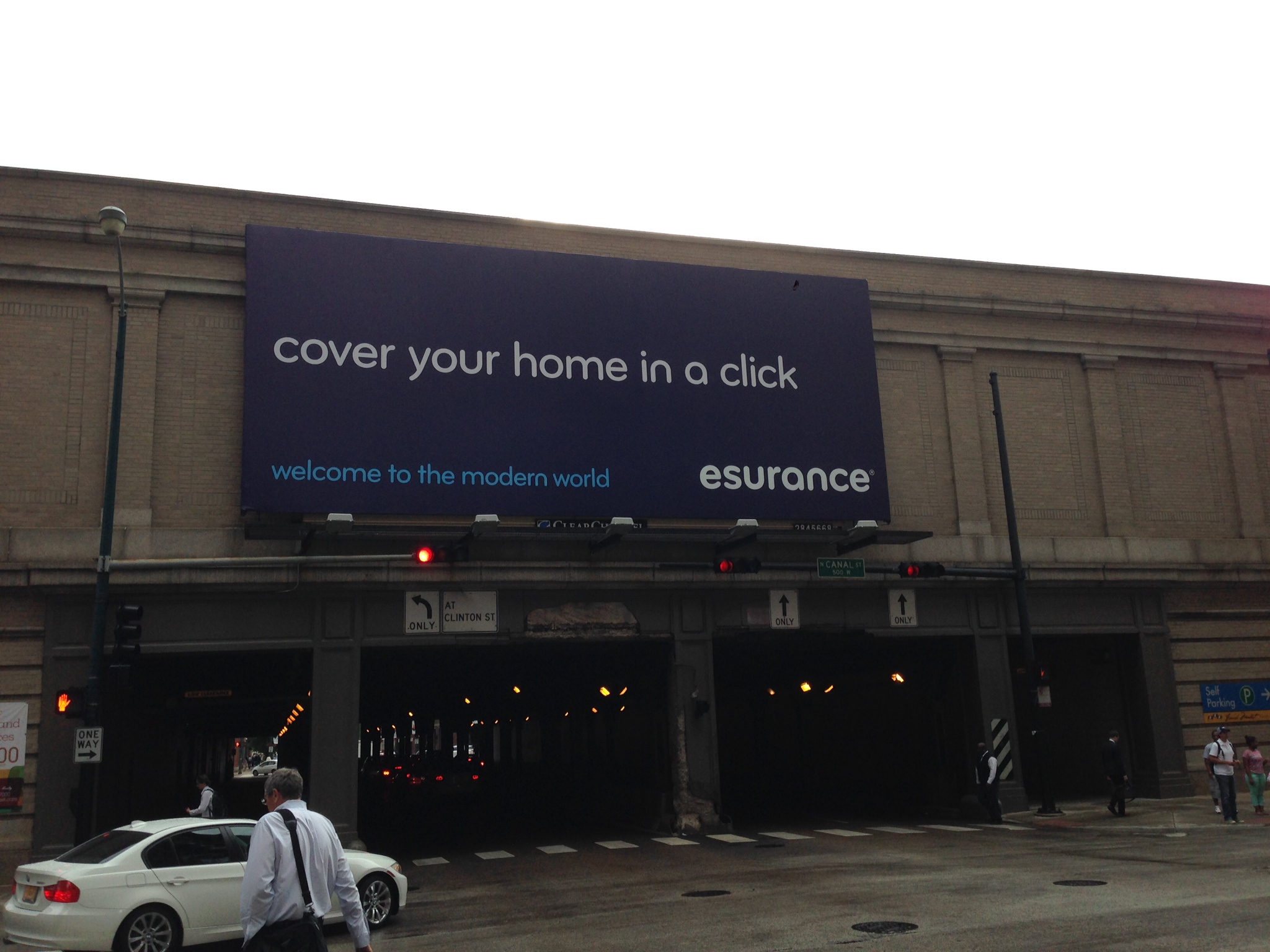 On Thursday, the person who posted the original tweet acknowledged that she has learned the image was photoshopped.

However, the esurance billboard at a different location was posted on Reddit nearly three weeks ago. The location was not immediately known, but the person who submitted the photo read the word to be something besides click. 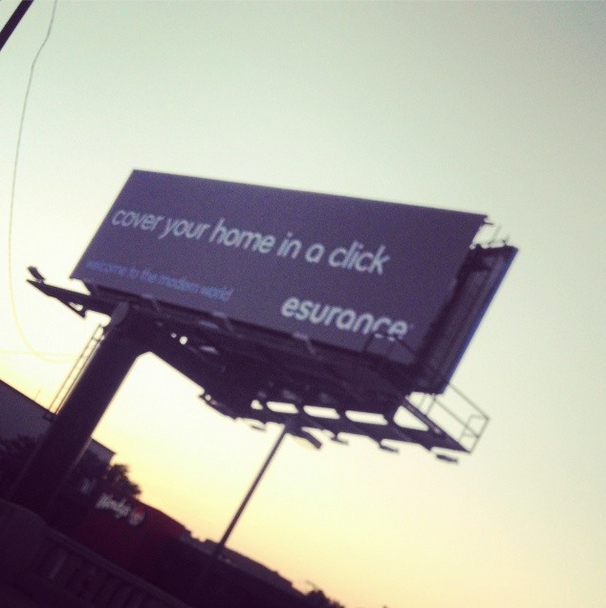 And then there is this image of the billboard on the Eisenhower Expy. near Des Plaines. It was also posted on Reddit, with the same reaction.

esurance said on Twitter on Wednesday that the offending billboards have come down.

On Thursday morning, the billboard at Randolph was different. 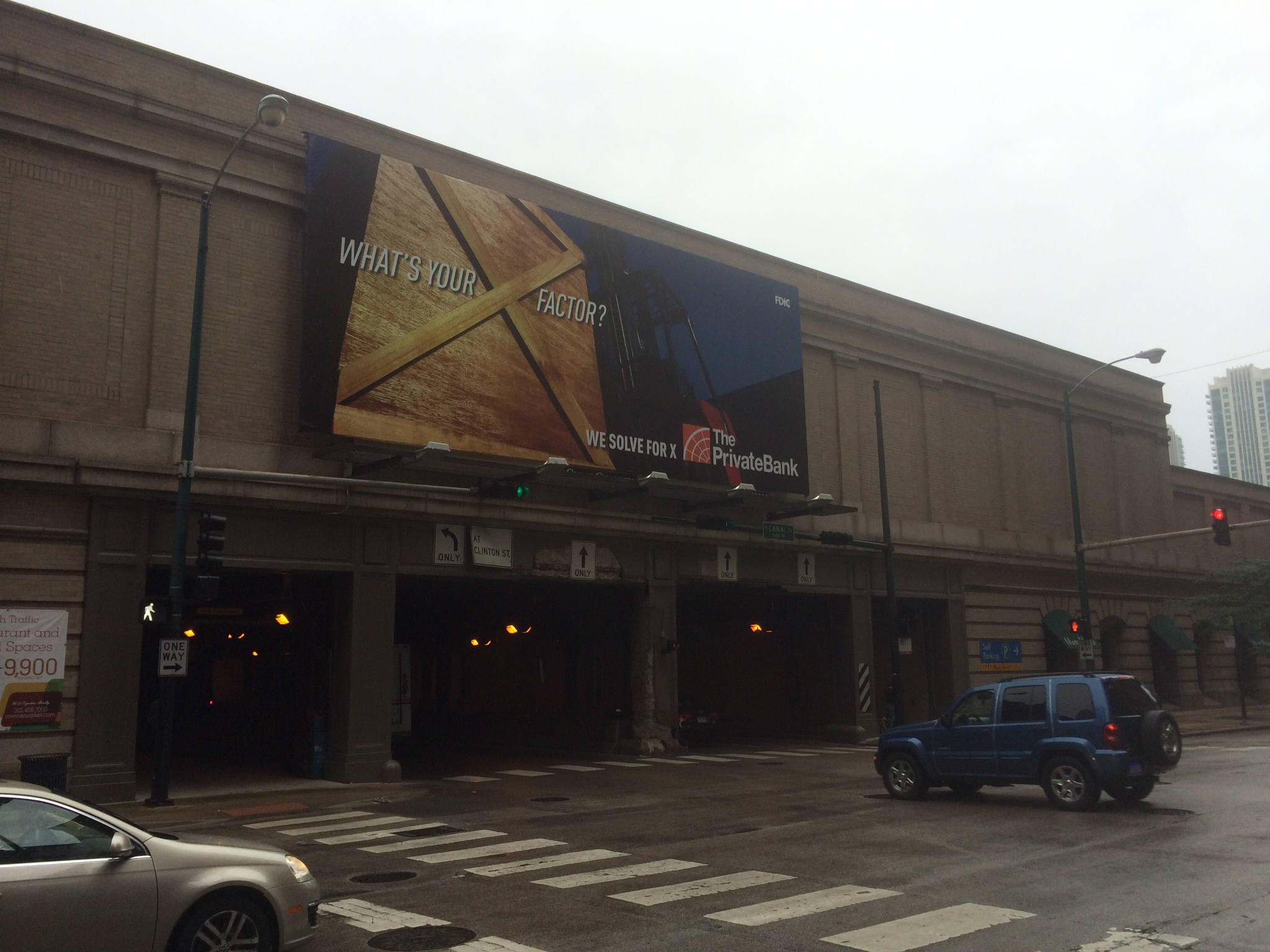