CHICAGO (CBS) -- Employees who worked for a local chain of stores are drowning in debt after the chain's closing left them in hundreds and thousands of dollars of debt in medical bills and no insurance to pay. 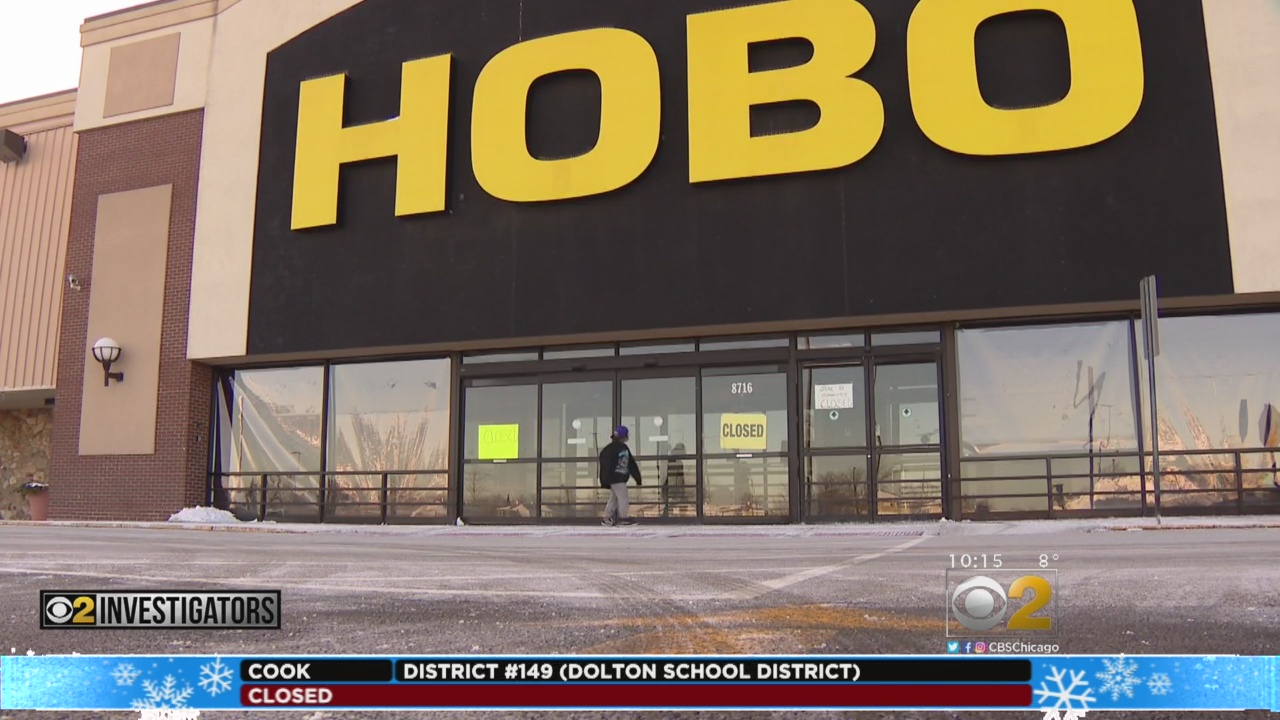 Lisa Donnelly and Kathy Newton worked together at HOBO, the home improvement store.

"I loved it," Donnelly said. "I just loved it. It was a great store up until we closed."

HOBO filed for bankruptcy last October and closed its doors for good in December.

Donnelly and Newton were among the nearly 350 employees who lost their jobs.  Now they're among the many facing unpaid medical bills from hospitals, doctors and labs that should have been paid by company-provided insurance.

"I paid my premiums," Donnelly said. "This isn't right,"

"I say that number, and I think that number is not real," Newton said.

Other former employees are equally outraged, and in a closed Facebook group one posted, "They didn't pay my bill for a physical and flu shots for $641.00."

Another wrote, "I have an unpaid bill for a trip to the ER for $829.00, which has already gone to collections."

"I'm angry about it. I'm really angry," Donnelly said. "All these I feel so bad for everybody. Those bills haven't been paid. All of these employees are out of work, and now they're forced to pay hospital bills that should have been paid."

Just who should have paid those bills? HOBO's owners, Leo and Kathleen Schmidt, according to the company that managed HOBO's self-funded insurance. It was Paradigm Healthcare Services. A representative told CBS 2 HOBO "collected the premiums from employees," so they "were responsible for paying all claims." He went on to say HOBO "owed a substantial amount of money in outstanding medical bills."

The owners live in Lake Forest, in a nearly $2 million home.

No one answered at their home when CBS 2 stopped by, and no number for their $1.6 million Florida home was found.

Kathleen Schmidt did answer her cell phone and said, "Our attorneys are investigating." She added, "There was no malice on our part."

When the couple filed bankruptcy papers they were more than $12 million in debt to more than 4,400 vendors, contractors and employees. The court records show that in the year before declaring bankruptcy, the Schmidt's paid themselves more than $1 million in salary and expense reimbursements.

"Do you know anyone that can?" she said.

Donnelly says she's concerned her bill will go to collections, and she will have to start making payments.

At least one former worker is now asking the Department of Labor to investigate HOBO owners to find out what happened to their premiums and why some of their medical bills weren't paid.