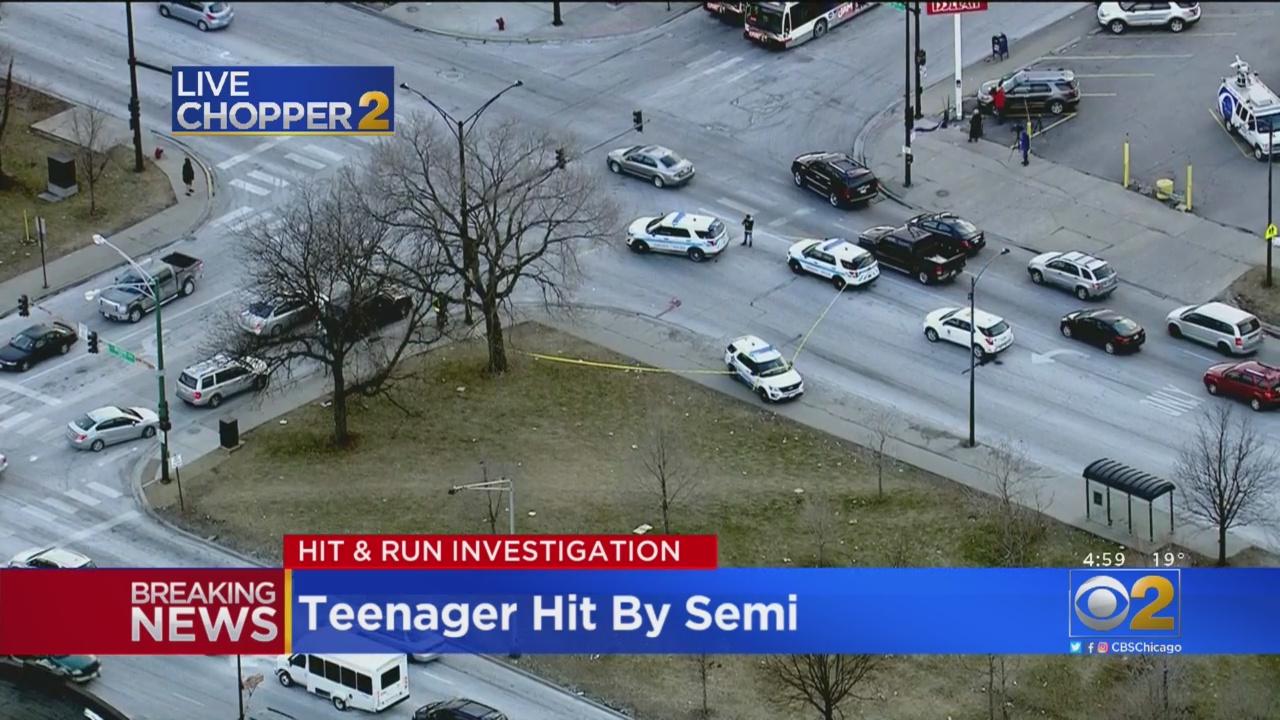 According to police, the semi was traveling west on 51st St. and hit the teen who was crossing the street while making a right turn onto Western Ave. shortly before 4 p.m.

The truck did not stop at the scene but was later stopped by police more than two miles away near 33rd St. and Western Ave., according to the Chicago Police Department. The driver was taken into custody and cited with failure to yield.

The teenager was taken to Mt. Sinai Hospital in critical condition and was later pronounced dead. The Cook County Medical Examiner's office identified him as Anthony Macedo, of the Chicago Lawn neighborhood.

Area Central detectives and Major Accidents are investigating. Police were trying to determine if the truck driver realized he had hit anyone.

The semi truck is registered in Maine. CBS 2 got in touch with the company posted on the side of it. They said they didn't know this happened, so they didn't have a comment at the time.