Lake effect snow bands formed over parts of the city Monday morning, bringing heavy snowfall. When they meander away, snow stops dramatically quickly. CBS 2 Meteorologist Robb Ellis says this will be the nature of most of our day. 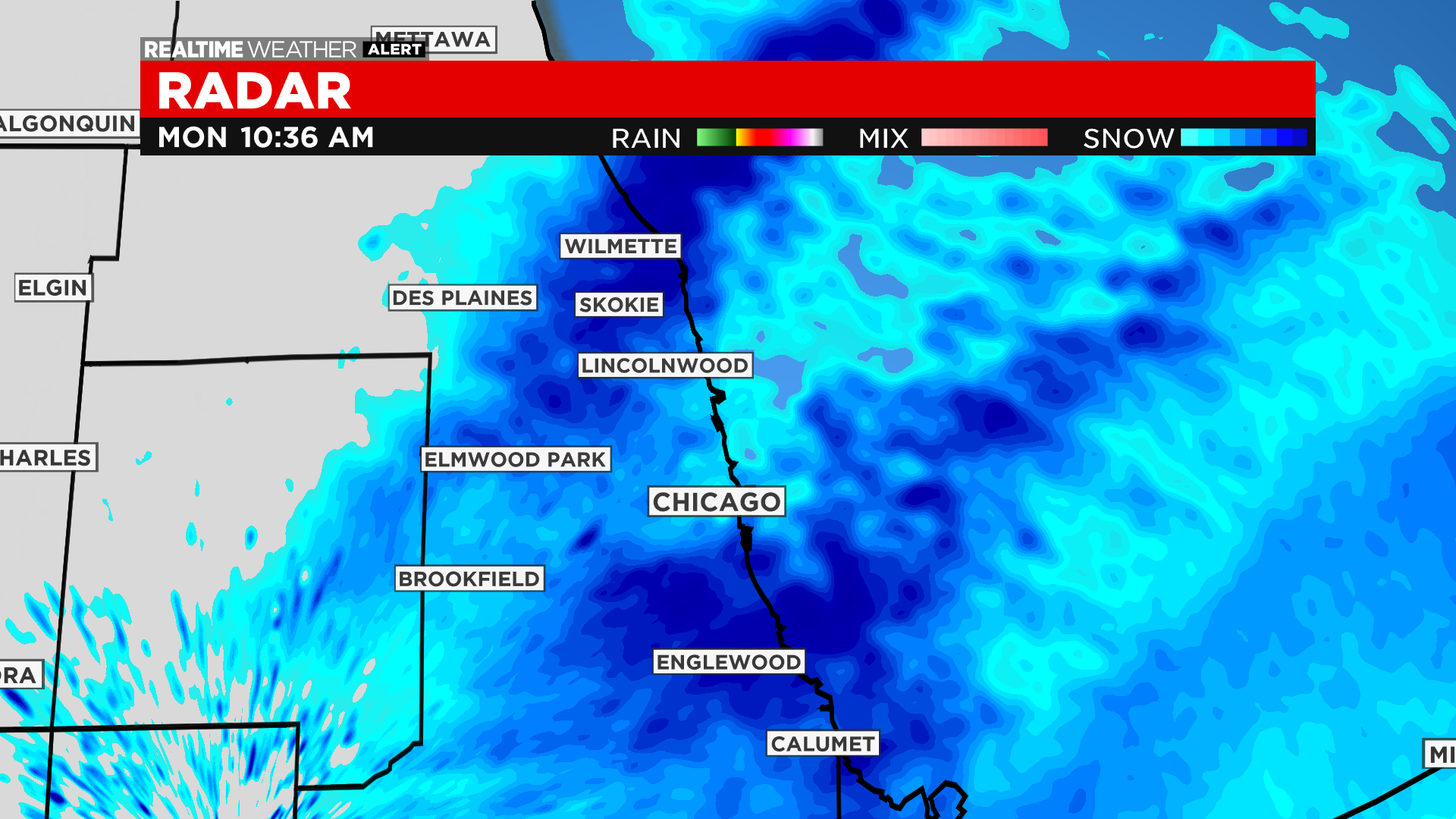 A Winter Storm Warning is in place for most of the area until Tuesday morning. More widespread snow is expected later this evening, with heavier rates underneath lake enhancement. 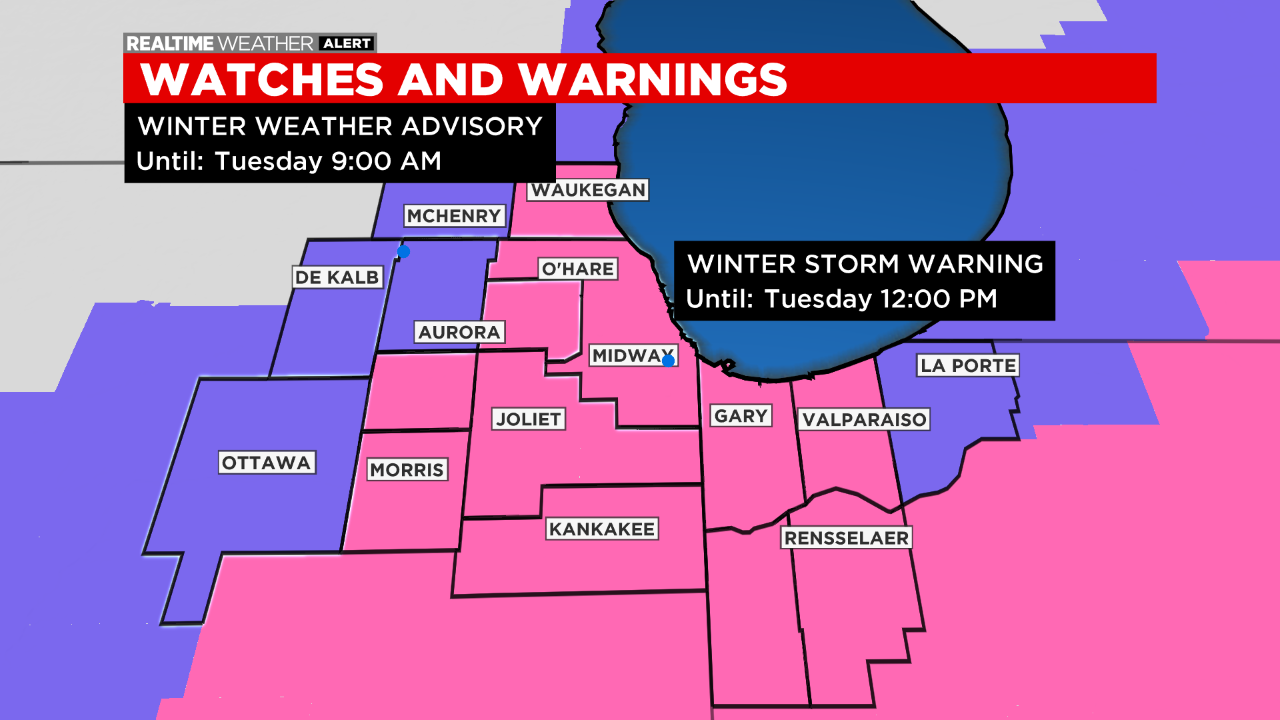 Temperatures will be near 12 degrees on Monday with low temperature near 6 degrees overnight. 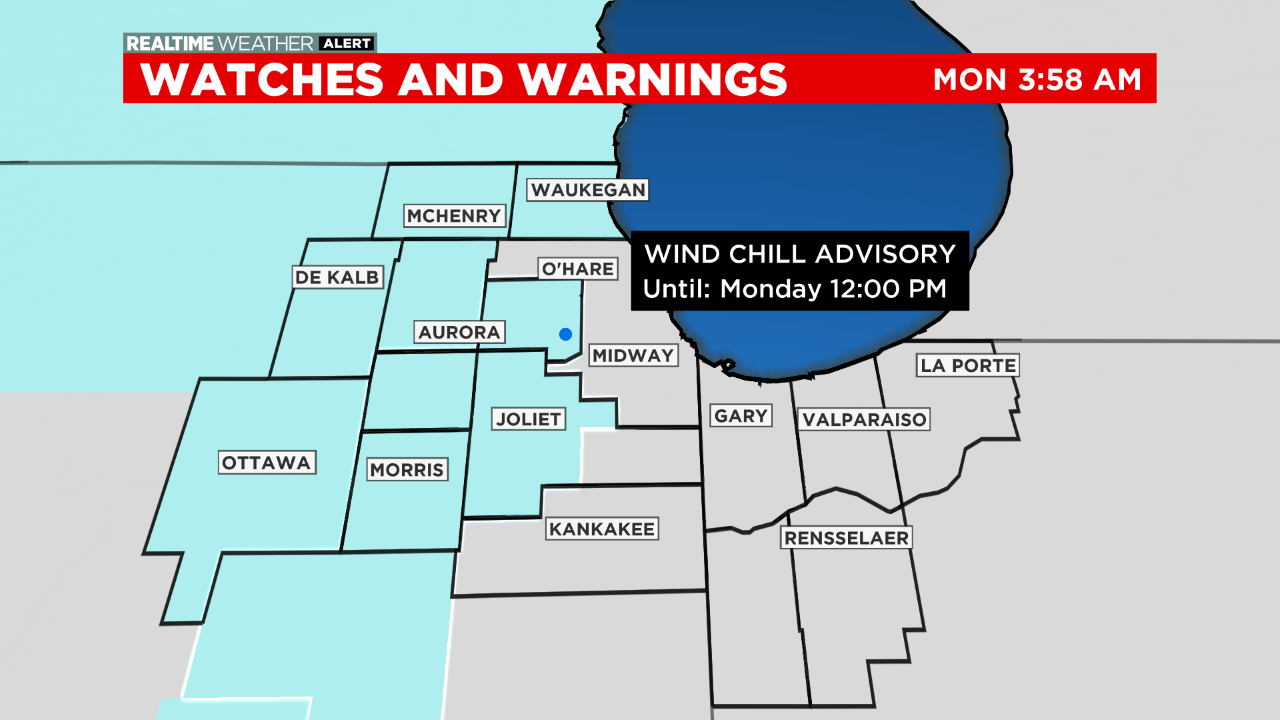 The storm could bring as much as 8 to 12 inches of snow, especially in Chicago. Heaviest amounts of snow will be over the city and lakeshore, and then south and east of the city. 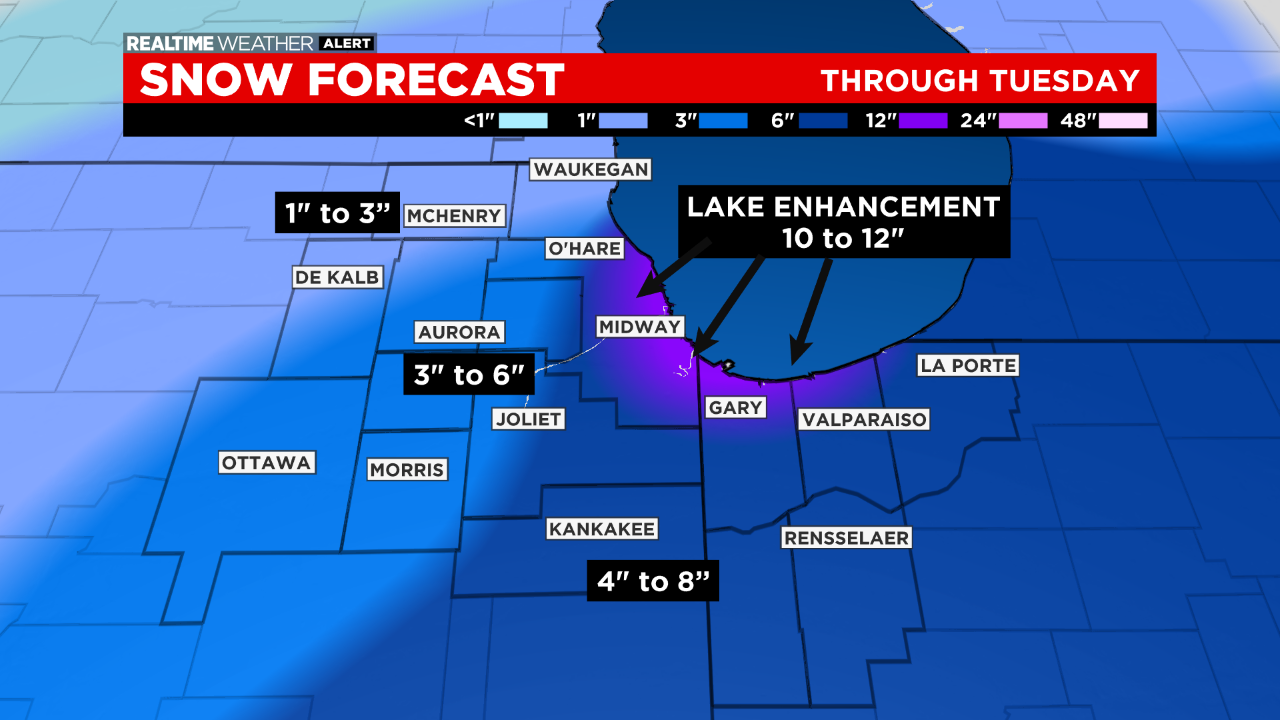 Snow will continue to fall overnight. 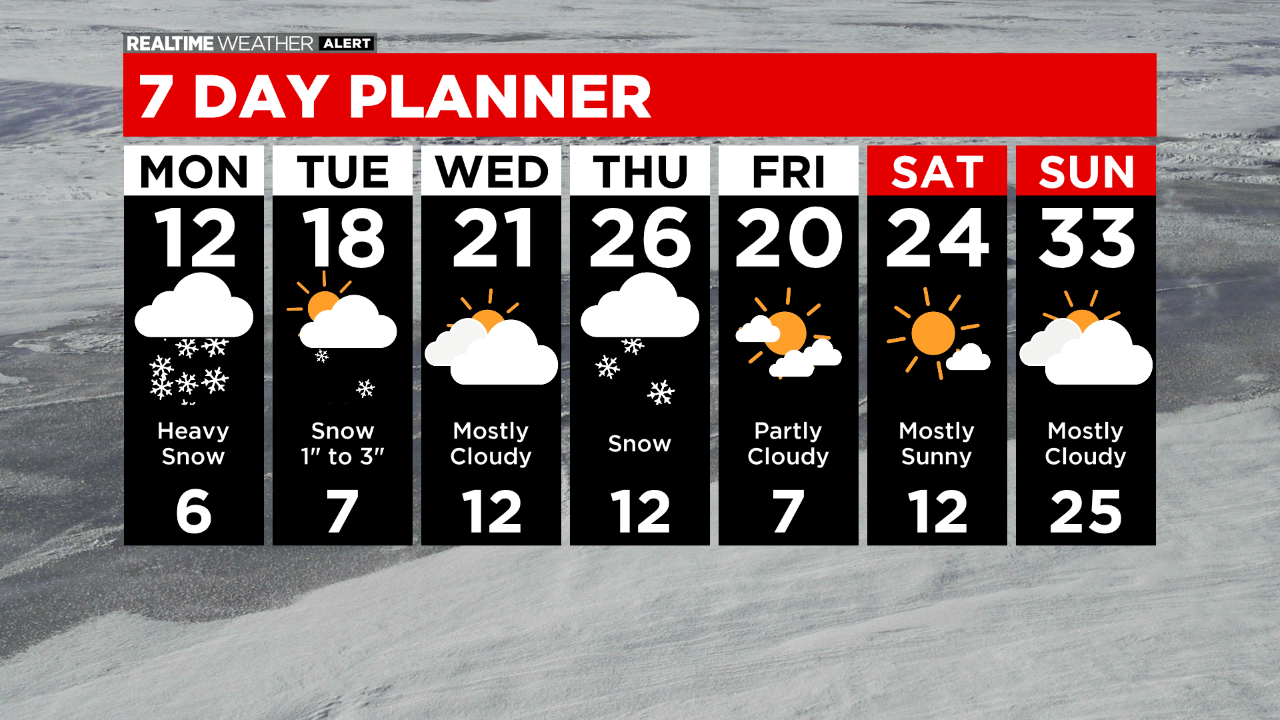 Lake effect snow will linger into Tuesday morning. Temperatures will rise to the 20s by the end of the week.