CHICAGO (CBS)-- The extreme heat is almost over and possibly severe storms are on the way.

An Areal Flood Advisory is in place for part of Cook and Lake counties until 7:45 p.m.

There was a Severe Thudnerstorm Watch in effect until 9.m. for Cook, DeKalb, DuPage, Kane, Lake, McHenry counties. 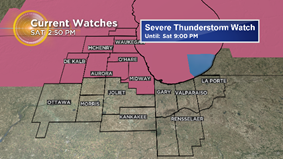 High humidity throughout the day will bring temperatures that feel like 103 to 110 degrees. The heat warning will remain in effect until 7 p.m. Saturday. 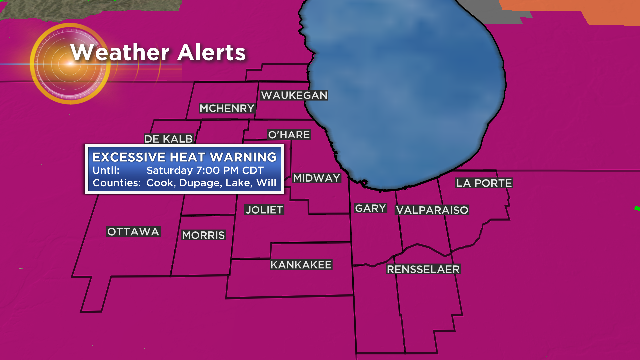 According to CBS 2 meteorologist Ed Curran, the extreme heat will end in the late afternoon with a cold front, triggering thunderstorms.

Curran said there is a chance for storms to be strong or severe. He said storms could start as early as 2 or 3 p.m. in northern areas.

The risks are for damaging thunderstorm winds, some hail and periods of extremely heavy rain. There is also the risk for an isolated tornado or two. 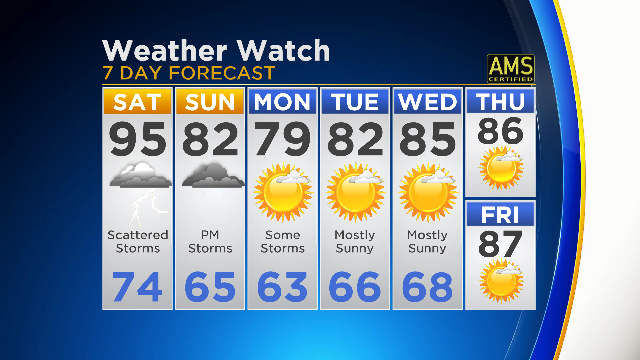 Temperatures will remain in the mid to upper 80s throughout the week. Evening storms are predicted for Sunday.