CHICAGO (CBS) -- In conditions like Chicago's current cold, some people are taking desperate and potentially deadly measure to stay warm. 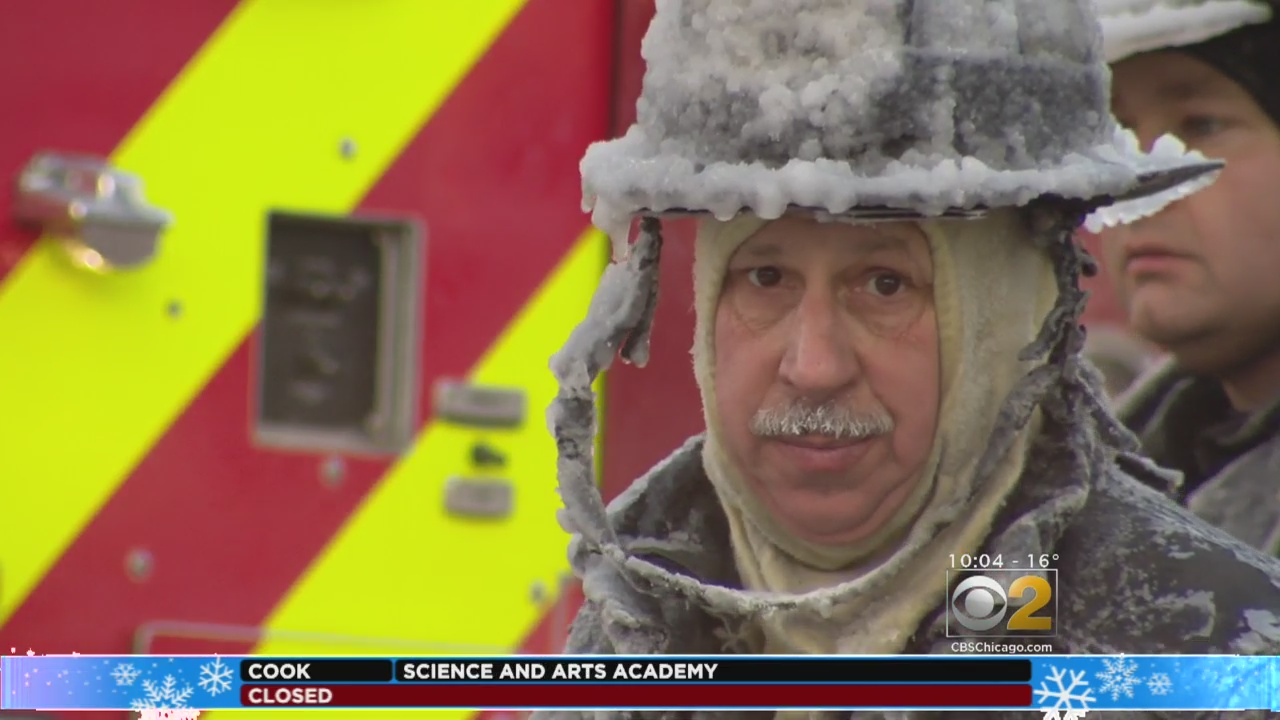 "There are so many obstacles we encounter,"said Jack Nagel, district chief for the 4th District.

With frozen faces and 75 pounds of gear, they end up covered in ice because minutes outside in subzero temperatures can mean frostbite or hypothermia.

People have to rotate. That's why the Chicago Fire Department brings an extra engine on every run.

"The equipment is freezing up. We've got ladders that are frozen, and we've got a hose that's frozen," Nagel said. "We can't put the hose back on the rig. WE have to roll it up and take it back home and thaw it out and put a fresh hose on. Even when they're done working they've still got a couple hours of work when they get back to get ready for the next one."

This is because the calls keep coming in and some people are taking issues related to this deep freeze into their own hands.

"If something freezes, get a professional," Nagel said. "Don't be using open flames. Creative heating, people use different things to heat, and it rarely works out well for them. It's been a busy day,"

The day was not just busy for CFD.

"It's never easy, and this doesn't make it any easier," Nagel said.

Residents can make their jobs easier by keeping hydrants clear and uncovered. Firefighters say that's an issue they run into in these weather conditions.