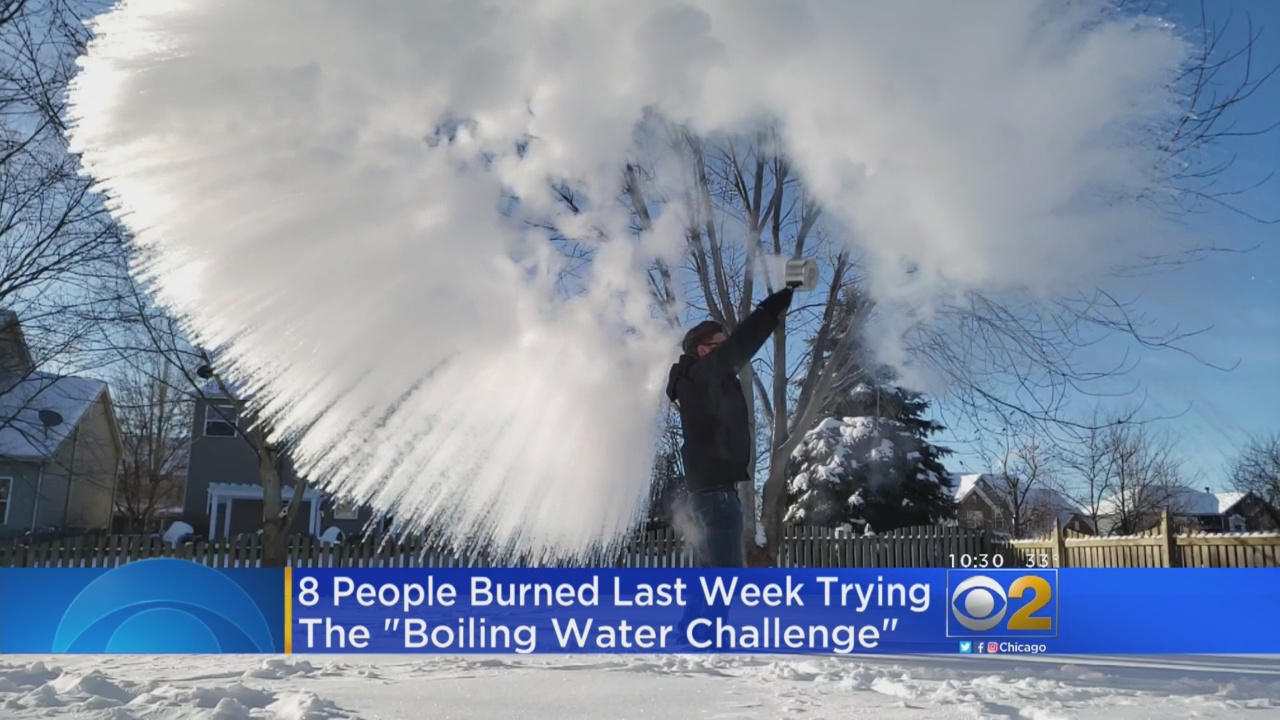 Loyola University Medical Center treated eight people for significant burns, according to a hospital spokesman. Victims ranged in age from three to 53, and some were bystanders trying to watch a friend or family member do the challenge.

The challenge tasks people with throwing extremely hot water into the air outside during freezing temperatures just to see it turn into a cloud of steam.

Doctors at Loyola Medicine's Burn Center say bad aim and bad throws sent that scalding hot water onto people instead of into the air.

People can experience first, second or even third-degree burns when they accidentally spill boiling water on their feet or spray it on to their face or body.