CHICAGO (CBS) -- It's graduation season, and at 90 years old Bob Dwyer is proving it's never too late to graduate. 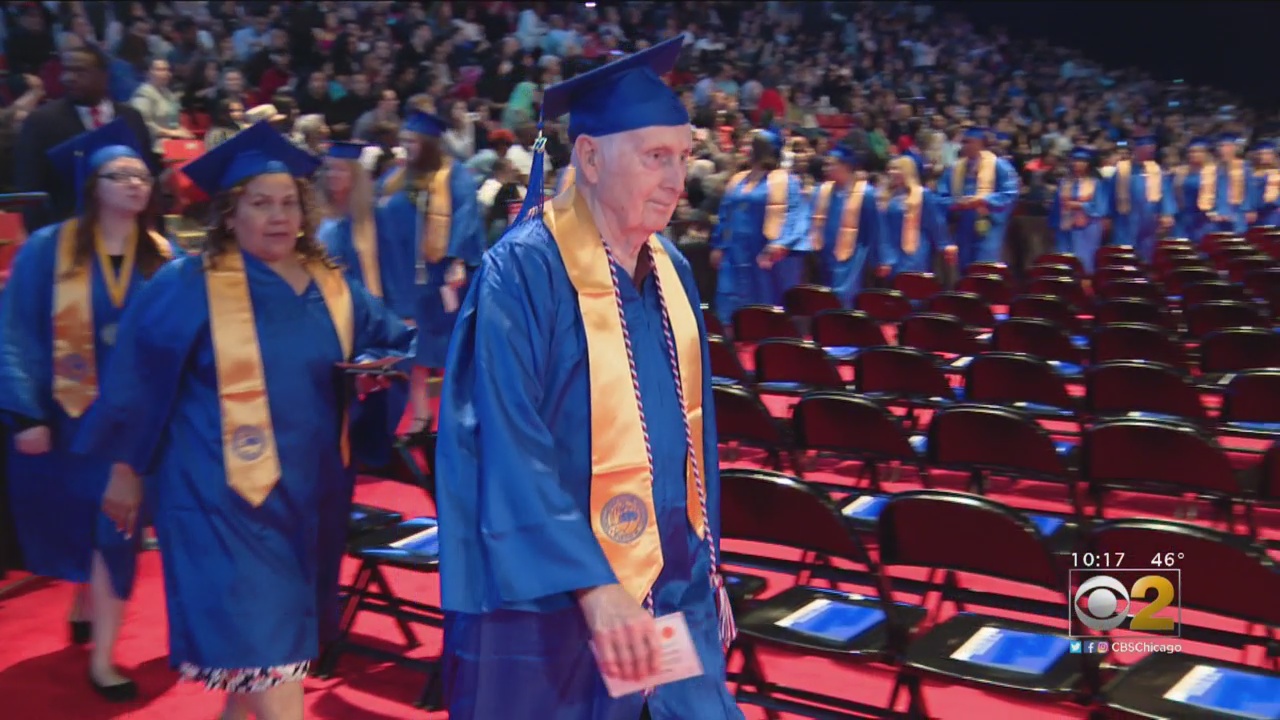 It's the walk young students have worked so hard for, and proud parents are ready to watch their kids graduate.

But Dwyer fought a little harder, earning every step of that ceremonious walk.

"As I walked through the hall, a lot of students thought I was a professor," Dwyer said. "I was able to get pretty good grades."

Dwyer has celebrated nine children, 22 grandchildren, and a career of his own; but never finished his degree.

But now Dwyer is completing what he started back in the 1940s.

"During the first semester I thought, 'This is not for me,' and then I said 'what else do I have to do?'" Dwyer said.

The veteran is making his family proud.

"This was just one of the things on the bucket list," said his daughter Mary Dwyer. "It just didn't seem fair that he didn't get a chance to go back and get his education."

So as Dwyer's classmates look ahead, he looks back.

"It's never going to be too late," he said. "I think the reward is worth it."