Gameday is here...time for our first taste of winter weather. Oddly enough, it won't be as nasty as what they got across the south! Amazing snow totals have come in across Texas, Louisiana, Mississippi, Alabama, and Georgia. In spots, it was the most snow seen in decades which is a remarkable feat for early December. So crazy as it sounds, we won't be expecting as much snow as Georgia with this one.

But it's enough to get the plows out and for kids to try on their snowsuits. The first snowfall is always at least a little fun, right? I hope so anyway. Here's a look at the timeline and what to expect out of this one.

Light snow should be breaking out across the South Coast to Cape Cod and the Islands in the early morning, between 6a and 8a. Even the Cape should be able to get wet snow for a while before the onshore winds bring in milder temperatures and the switch to rain occurs. At most, some slushy accumulations to an inch expected before the rain comes in and washes it away. 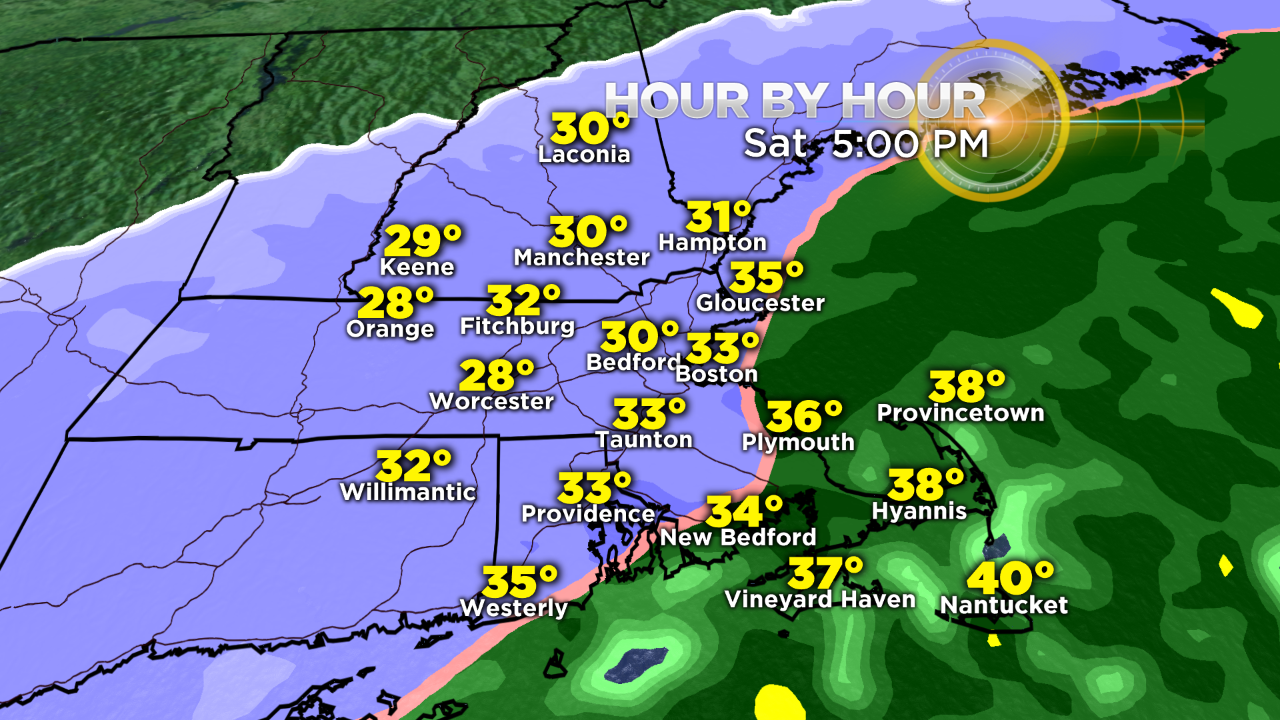 For the rest of the region, snow will overspread the area during the mid to late morning and it should be snowing up to southern New Hampshire by midday. The steadiest snowfall is expected to be during the afternoon and early evening, with a gradual tapering back to lighter snow overnight. If you're worried about travel, I think this is one that crews will be able to keep up with but the slowest/snowiest time on the roads will likely be late afternoon to evening. The low December sun angle shouldn't produce much melting. The sun is weak and snow should have no trouble sticking. We'll wind things down late and completely dry out early Sunday morning. 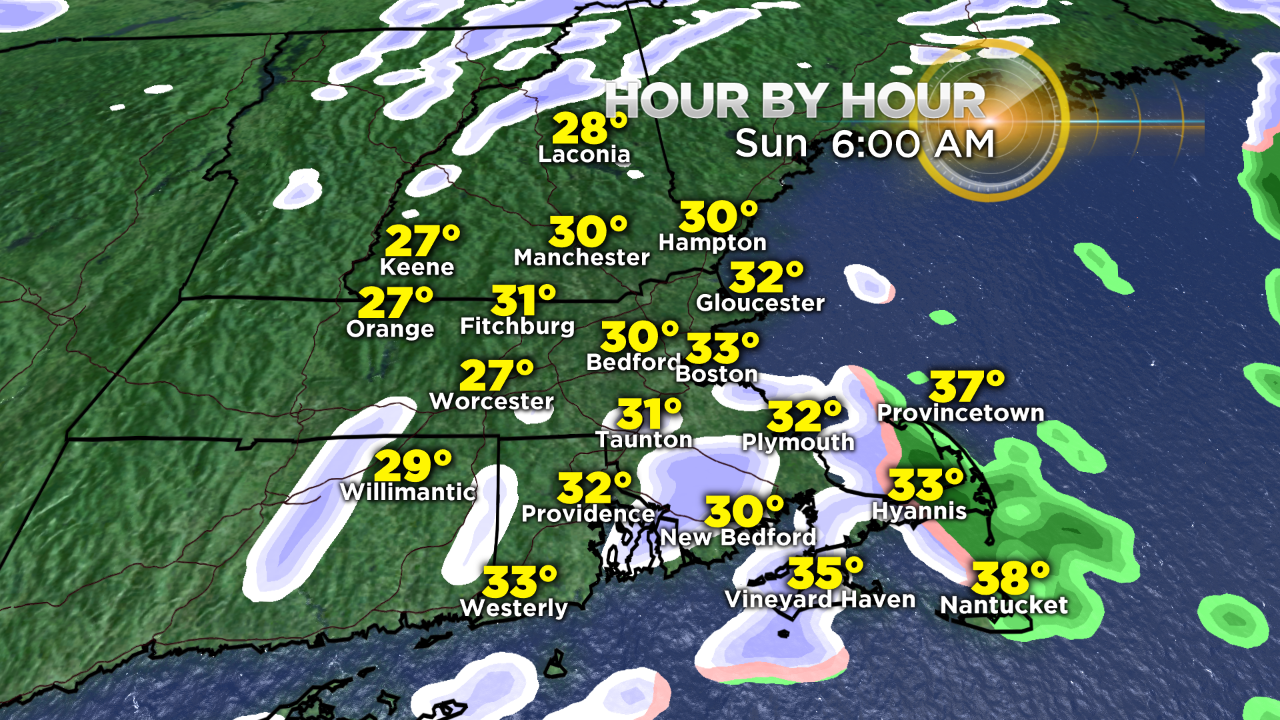 This isn't a classic major snowstorm or nor'easter with crazy whiteout conditions and big winds. But in the afternoon and evening rates could approach 0.5 to 1" per hour for a time, with lower rates on either side. As for wind, there really won't be much. Some occasional gusts over 20mph are expected in eastern Massachusetts and we'll likely get some over 30mph for the Lower and Outer Cape/Nantucket. Without a ton of wind, there won't be a whole lot of wave action or any coastal flooding. So we can simply focus on the snowfall.

It looks like a widespread 3-6" snow event across most of the area. I'm expecting lower totals on the South Shore where NE winds will bring in milder ocean air for a time, mixing in rain and keeping snow slushier. Same idea for Cape Ann. Boston is trickier because the wind direction isn't too strongly onshore or due NE/E for very long..the trajectory is a tough call and so is the amount of mixing/rain that could move in. I'm thinking about 3" in downtown with a heavy wet consistency and a bit more on the western side of the city. Our highest totals should come between the 495 and 128 belts...and the jackpot zone may be northern Rhode Island to the Blackstone Valley. 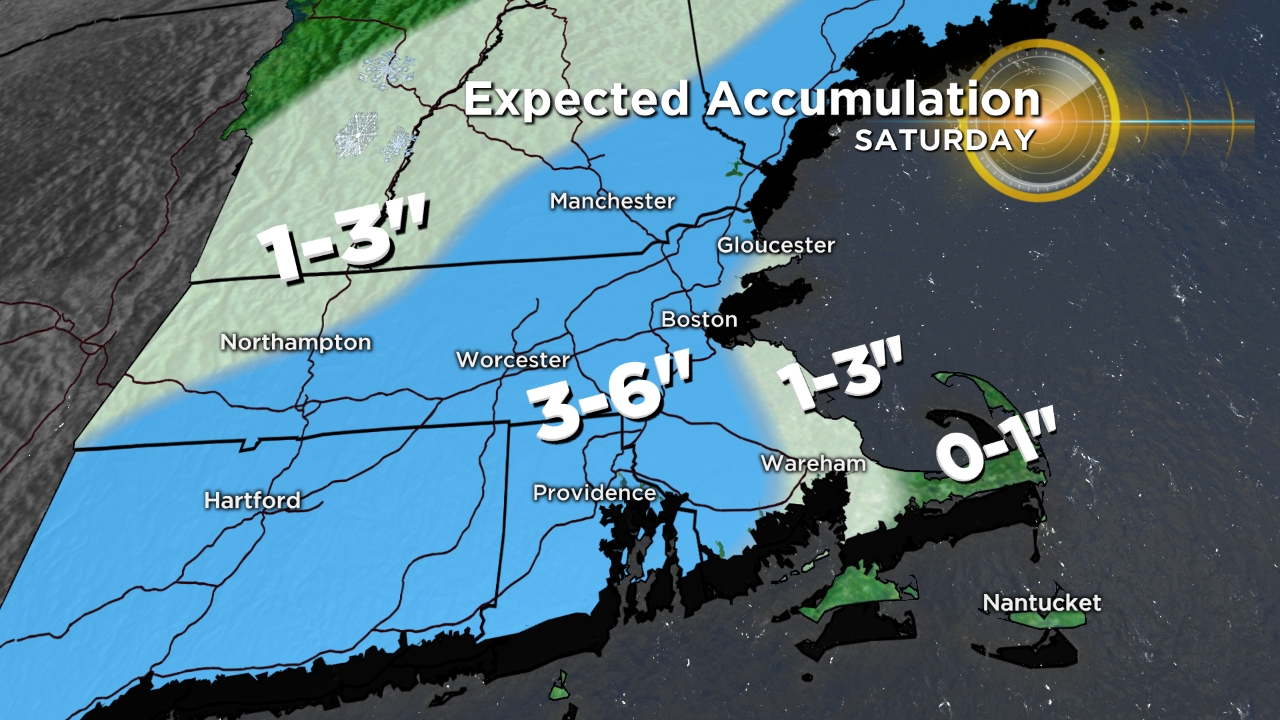 We need to be wary of the odd leaf situation with this one. There are way more leaves than usual on some trees, especially beech and oak trees, for mid December. This is due to the extreme warmth of September/October combined with a flash arctic freeze in mid November that basically froze them in place. It only takes a few inches of wet snow on leafy limbs to bring them down. So that will be a risk on Saturday, particularly along and inside of the 128 corridor where snow will have the wettest consistency. 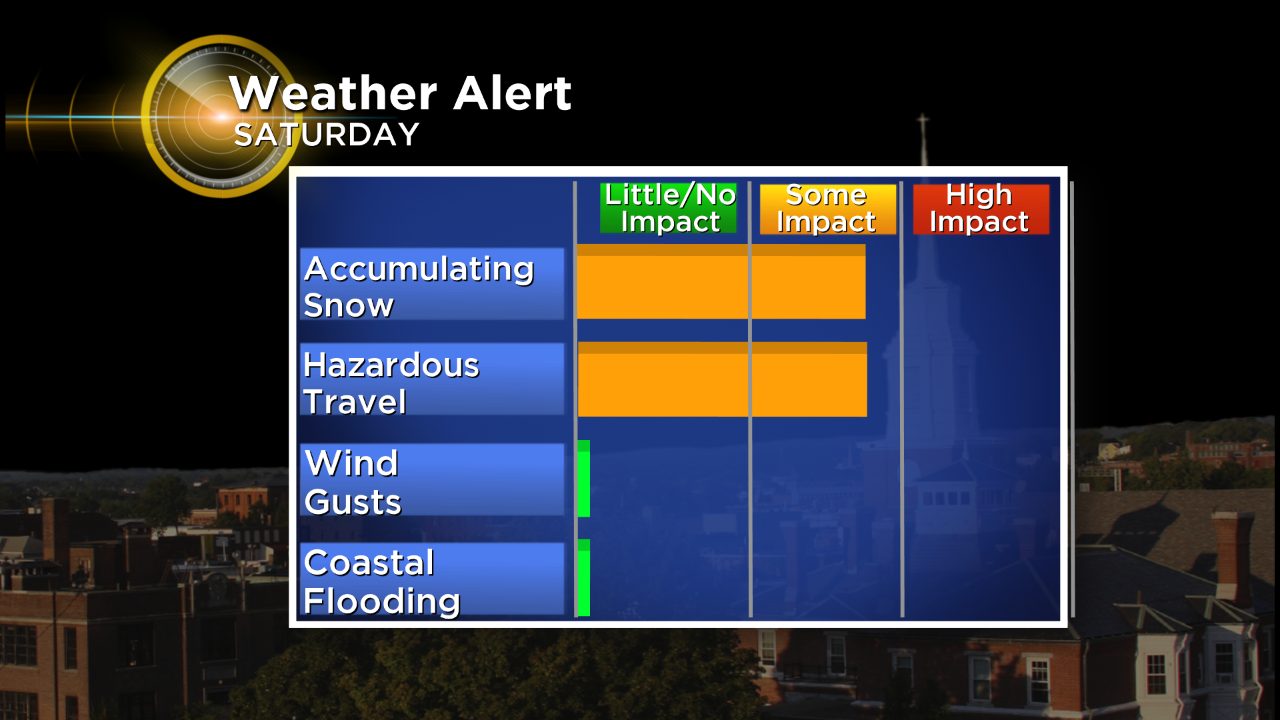