BOSTON (CBS) -- As recently as last year, there would be no debate. But now that LeBron James has sewn up his third NBA title in spectacular fashion, it's a fair question: Has LeBron passed Larry Bird as the greatest small forward of all time?

It's been a major talking point all week, in the wake of LeBron scoring 41 points in Game 5, repeating the performance in Game 6, and then posting a triple-double in Game 7, a championship performance which he capped off with a block for the ages.

Obviously, the two players brought different tools to the table. Perhaps no ball handler in NBA history has had the size and strength of LeBron, while Bird can boast of having the greatest court vision in the history of the game. Bird was a lights-out shooter, and his competitiveness was unmatched, while LeBron's versatility to basically play any position on the floor is remarkable.

But in terms of measurables, it's interesting to see exactly how the two compare.

While it's quite clear that LeBron presumably has a ways to go before wrapping up his career, here's how the two stack up at this moment in time: 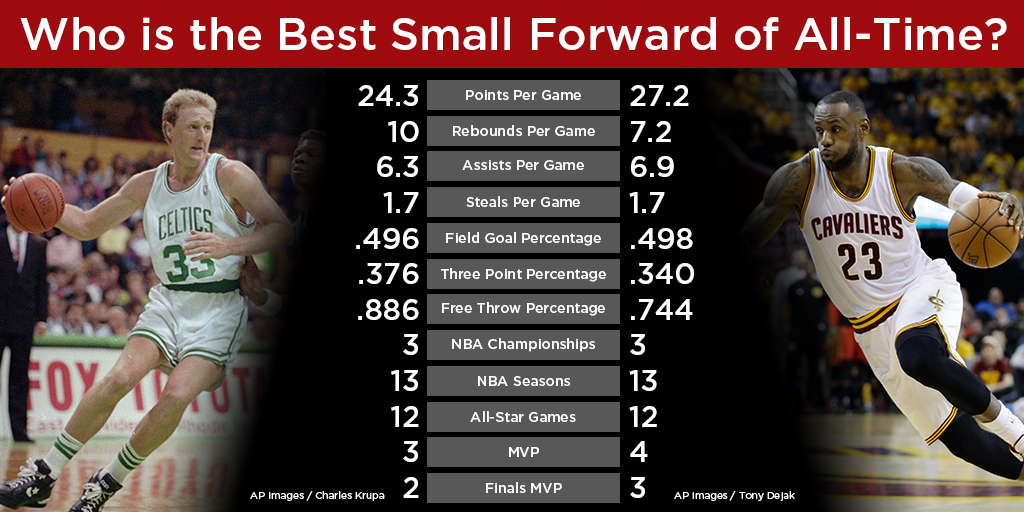 We'll leave it up to you.