As you huddle around the feast this Thanksgiving, how about some food for thought? When will the first snowfall arrive in the Boston area? Some pass on this entree, while others are eager to dig in to the winter smorgasbord. But we know it's coming either way. There's never been a snowless season! 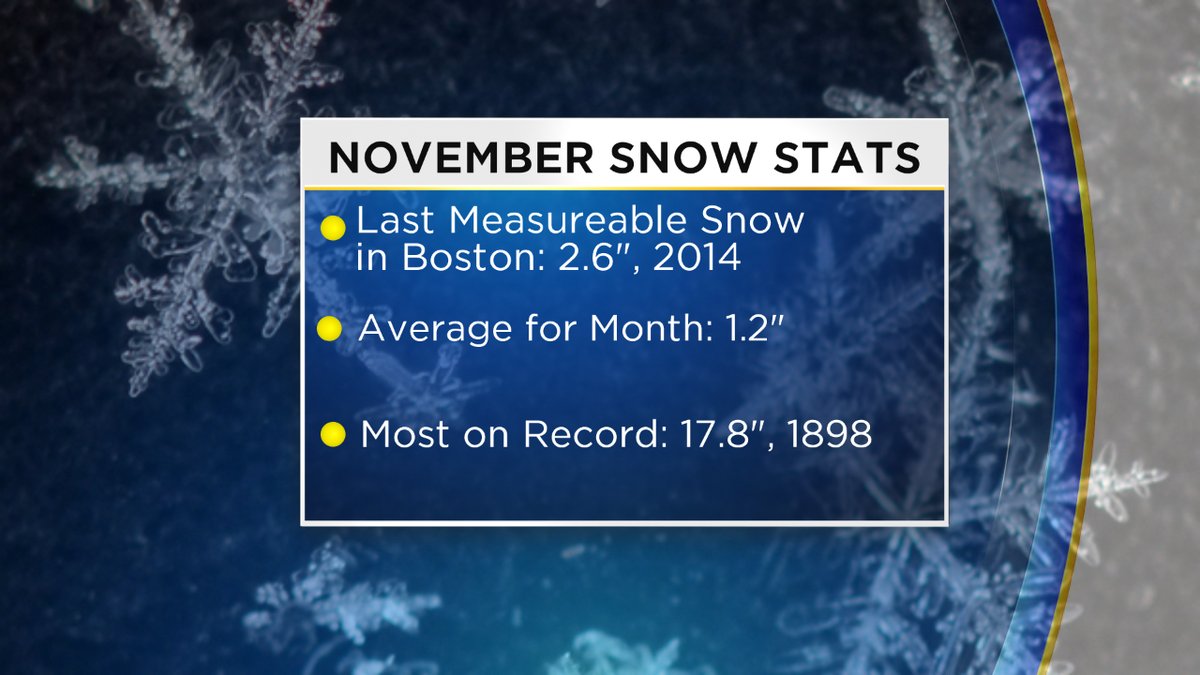 November has been on the chilly side for us in New England, but the only spots where snow has really been able to add up are the higher elevations of northern New England and the Berkshires. The cold hasn't been overly productive, but that's pretty typical for this time of year. Some Novembers we get snowstorms. Others are completely snow-less. It's a fringe winter month so there really isn't a 'bank on it' solution to snowflakes this time of year. On average, we get a little over an inch in Boston and several inches across central Massachusetts. 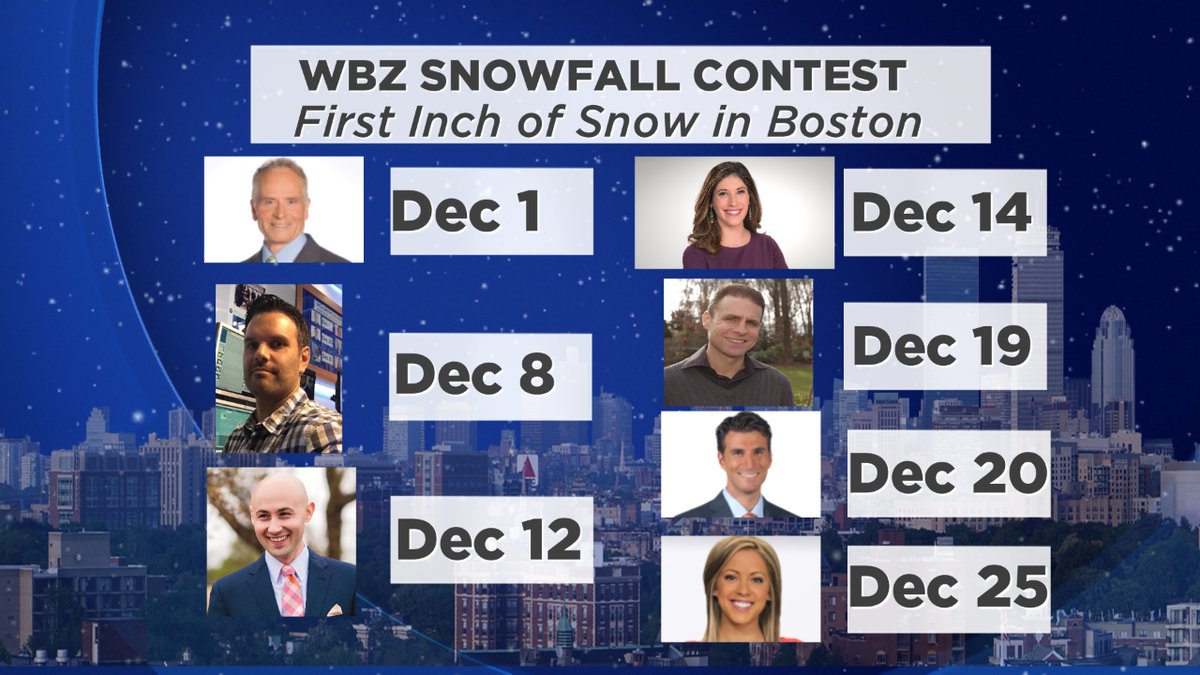 Back in the first week of the month, we took friendly bets for our office snow pool. Each member of the WBZ team came up with their call for the first 1" at Logan Airport, where official observations for the city are taken. Barry, ever the snowhound, had the earliest pick (sorry Barry, already can cross you off the list this time). Pamela, perhaps a hopeless romantic or a masochist and wants to work the holiday, picked Christmas Day. The rest of us chose dates between the two, with no one taking the pessimistic route of a post-January 1st first snow. Amazingly, that *has* happened 17 times, dating back to the late 1800s! 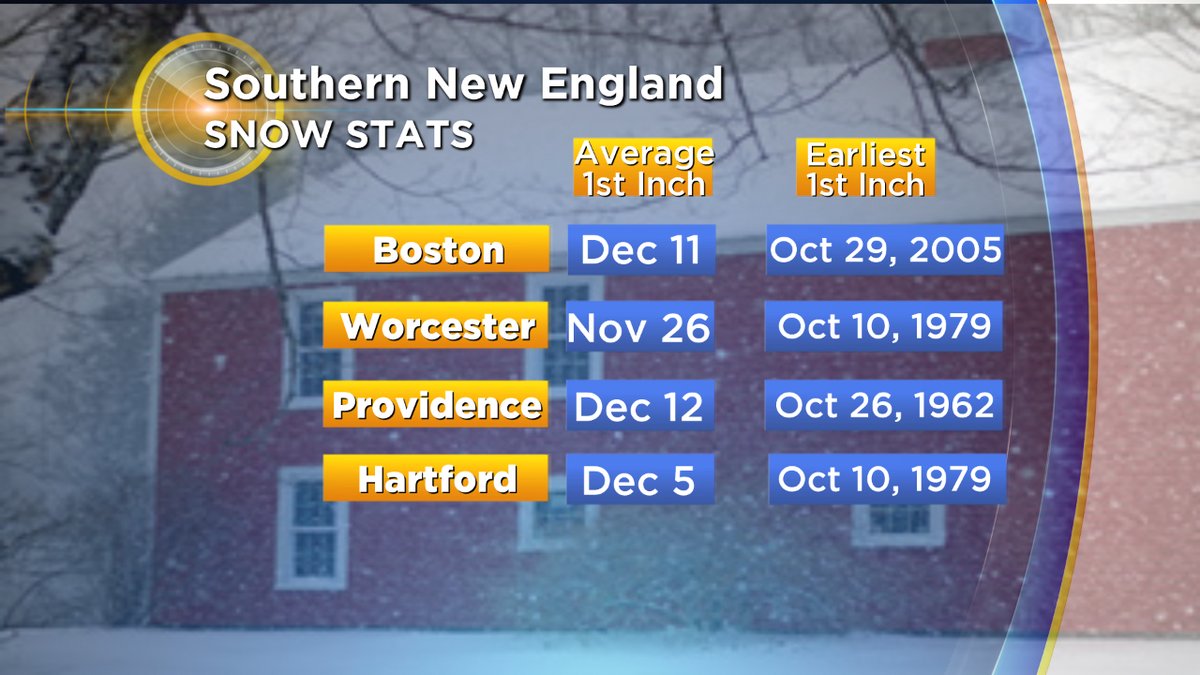 When it comes to snow, averages can be quite deceiving. The 'average' first snows are pretty much when you start thinking about the first snows...late November to mid-December. But in reality the first snow can come anytime from October to January. It's a pretty broad range and can vary greatly year to year.

The other factor that works against Boston and coastal cities early in the season is the water. There's a big bathtub to our east, and it's still really mild for this time of year. We just saw a few buoys finally get into the 40s, but in general early season snowfall is more difficult along the coast because as soon as you get an onshore wind, temperatures jump at the shore and set up a coastal front farther inland. It's why towns around the 495 belt or into the Worcester hills often get their first accumulating snowfall quite a bit earlier than the city or shoreline towns. 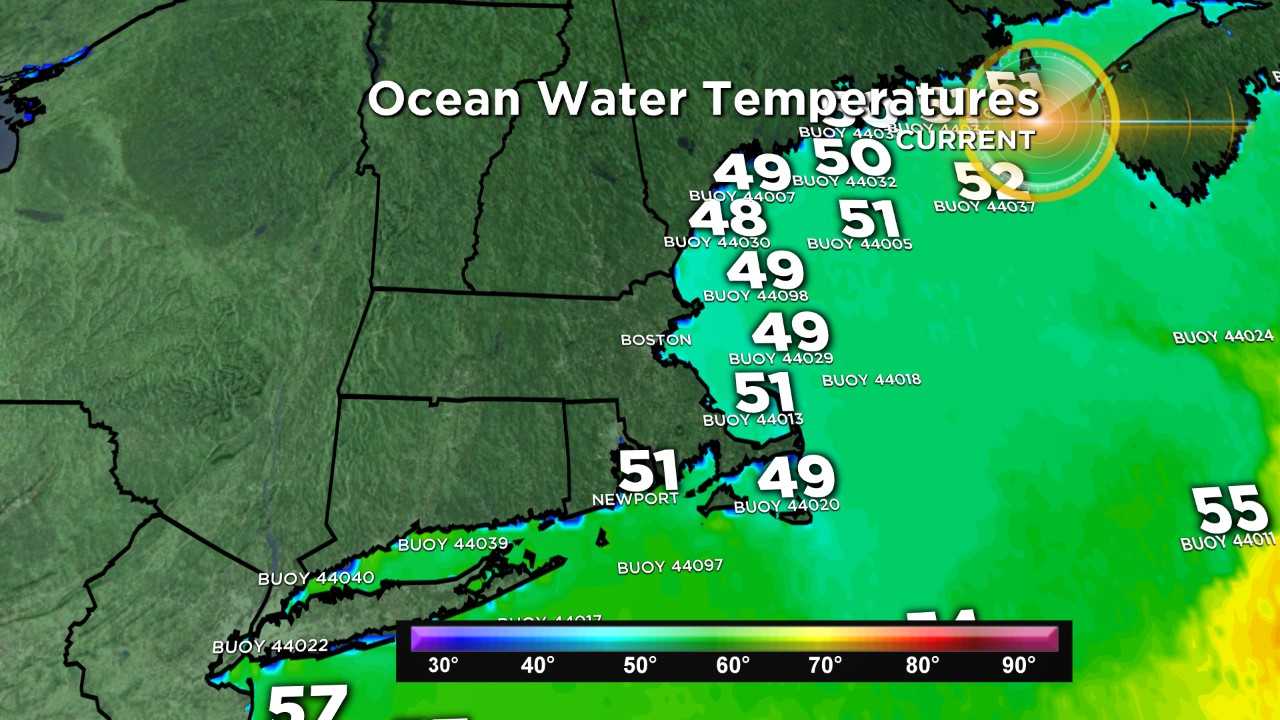 Now to the forecast. What can we say about the weeks ahead? Well let's start with the rest of the month. That's a non-starter for snow lovers. It's a pretty tranquil pattern that has set up shop to wind down November and kick off December. There are barely any chances for precipitation, let alone snow, through the end of next week. We'll see what can attempt to move through next Wednesday (if anything) or if this coming Saturday evening will come close enough for some rain. But both situations are much too warm for any snow potential. In fact, we should average out a little warmer than average over the next 7 days. Some chilly dips but no sustained/stormy cold weather.

How about after that? There are some very mixed signals. One that I'm keeping tabs on is the MJO. The Madden-Julian Oscillation is a measure of convective activity from the western Pacific to the Indian sub-continent. When we get into winter, phases 4-5-6 often produce mild conditions for the eastern U.S. Phases 7-8-1 produce cold in the east. 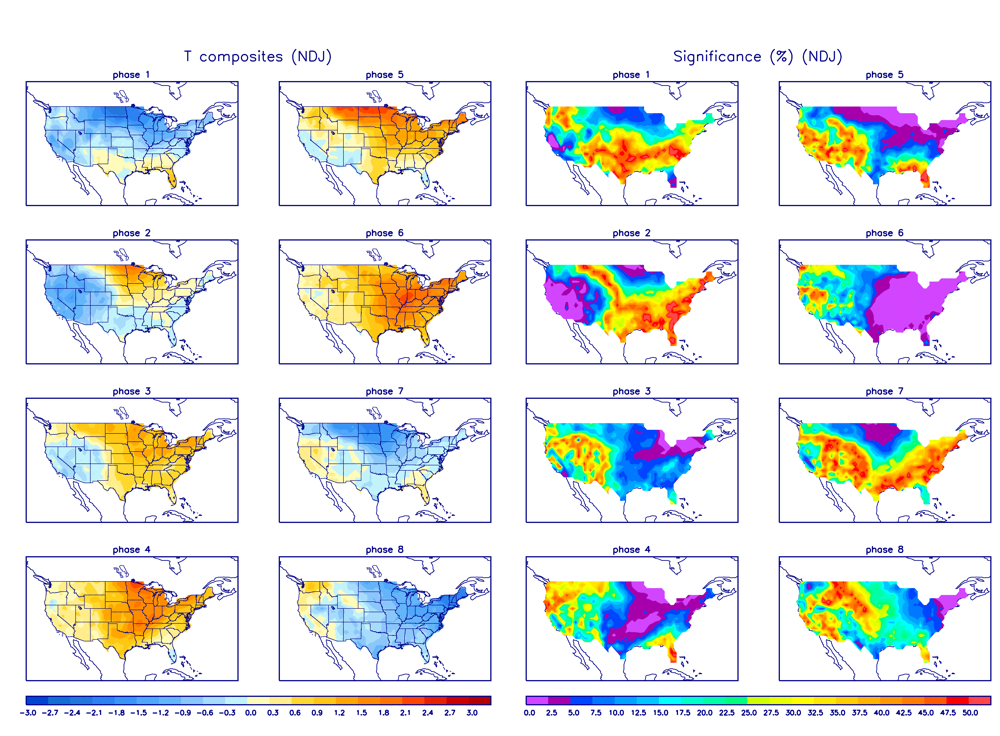 Guidance is indicating a pulse of the MJO traveling in phases 4-5-6 coming up. Exactly how strong this becomes will be a key player for us in December. If it stays on the weaker side, it might be overriden by other pattern drivers. If it stays in the middle to higher end of forecasts, we could be looking at a warm setup. This will play a major role in our cold and snow chances in the 7-21 day range from now.

Outside of the MJO, there are other factors that point to colder and stormier times heading into mid-December. A little more buckling of the pattern with ridging over Greenland as well as Alaska. All this high-latitude blocking produces a -AO (arctic oscillation) phase, which can fence in cold and up our odds for snowfall. The problem with guidance is that it doesn't always handle MJO related activity well (tropical convection can wreak havoc on model guidance) so it's tough to say if these longer range pattern estimates will verify.

The other element to content with will be the southeaster U.S. ridge, often a hallmark of La Nina winters. A little stronger once we get into a stormier pattern and it could nose the storm track through or northwest of us, keeping us on the milder side while the Midwest/interior Northeast gets the wintry side. A little weaker and we could end up in the sweet spot. 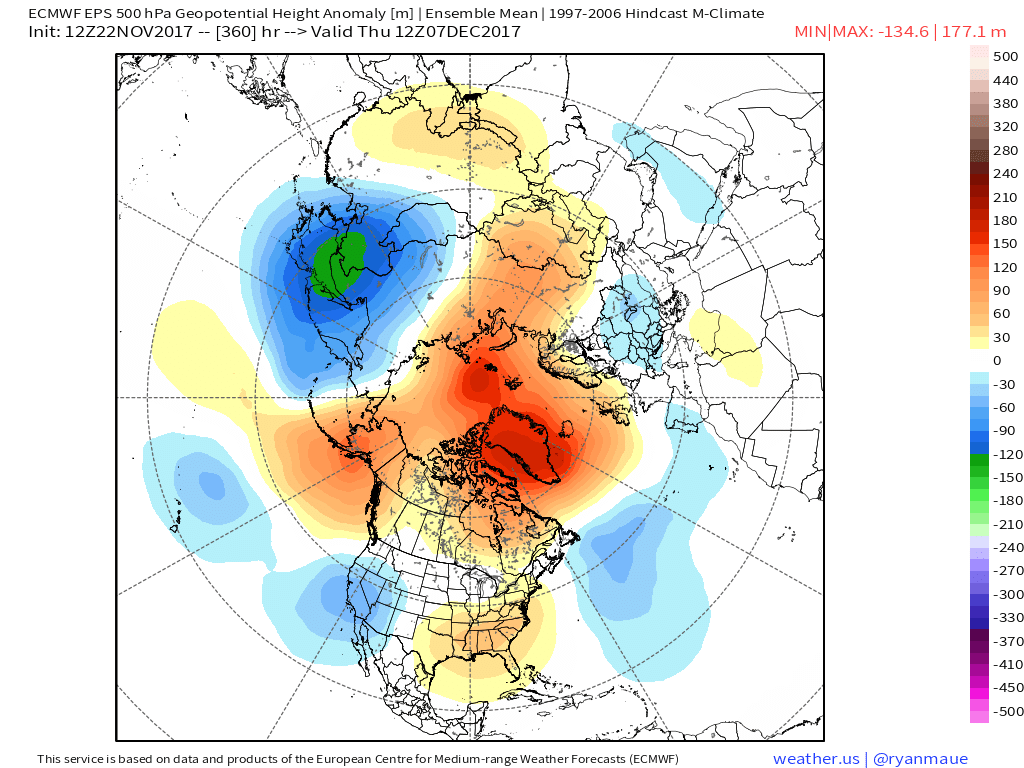 Either way, I like our odds much better toward the middle of December than I do during the first half of it. This also makes sense when it comes to climatology. In other words, odds of snow really start to get going around that same time. Perhaps we will finally get a chance of a White Christmas this year after a number of balmy and green ones in recent times!