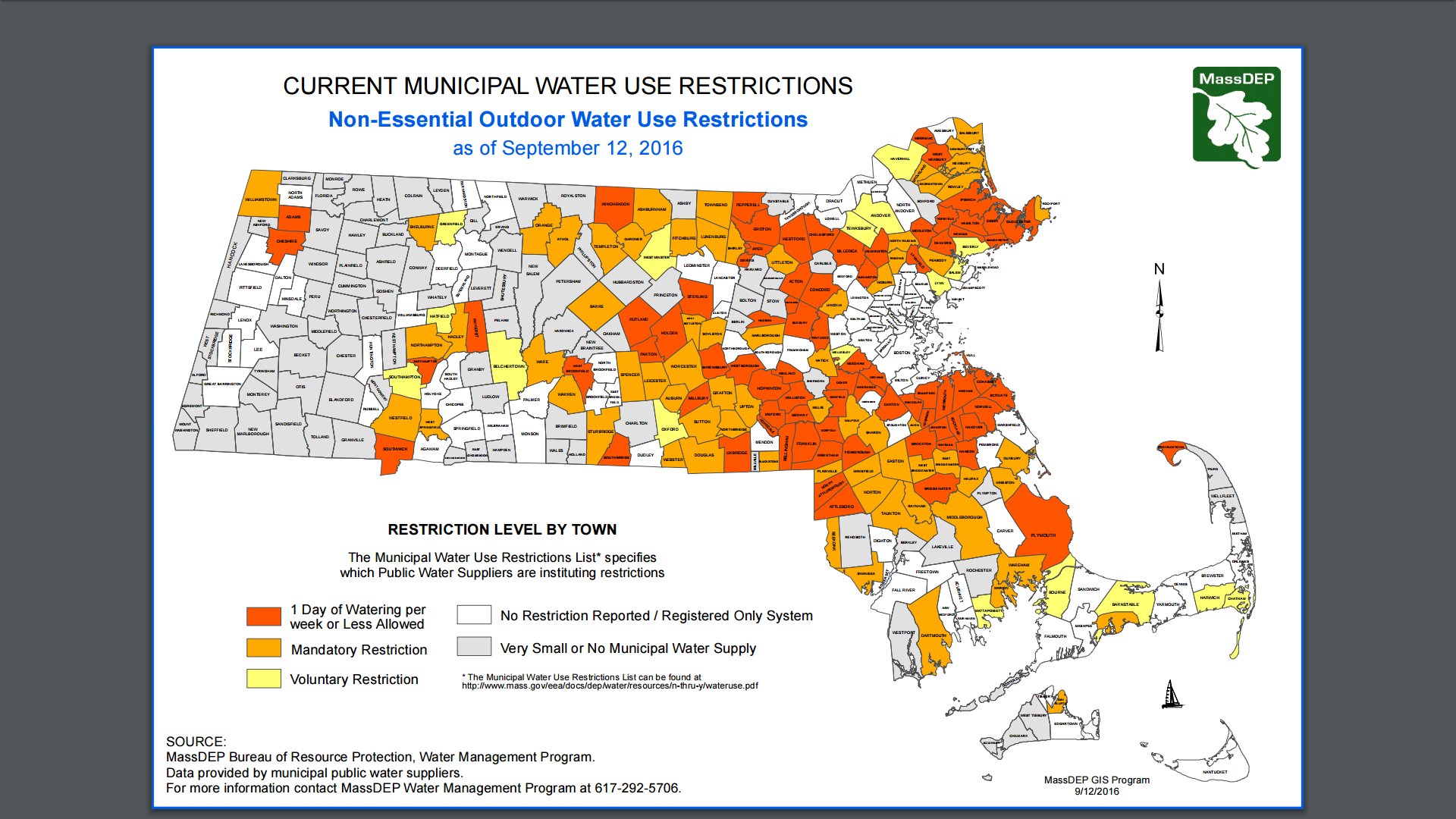 Current water restrictions and bans across the Commonwealth. Source: http://www.mass.gov/eea/agencies/massdep/water/watersheds/municipal-water-use-restrictions.html

The latest drought update (issued every Thursday morning) highlighted what we already knew - the drought continues to deepen. In an odd and frustrating twist, it has rained 9 out of the first 15 days in September over they city of Boston. But it's been a sprinkle here and a couple hundredths there. Maddening. Now mired in one of the worst droughts in southern New England history, it's going to take much more than scattered showers or even a tropical system to get us out of the hole. 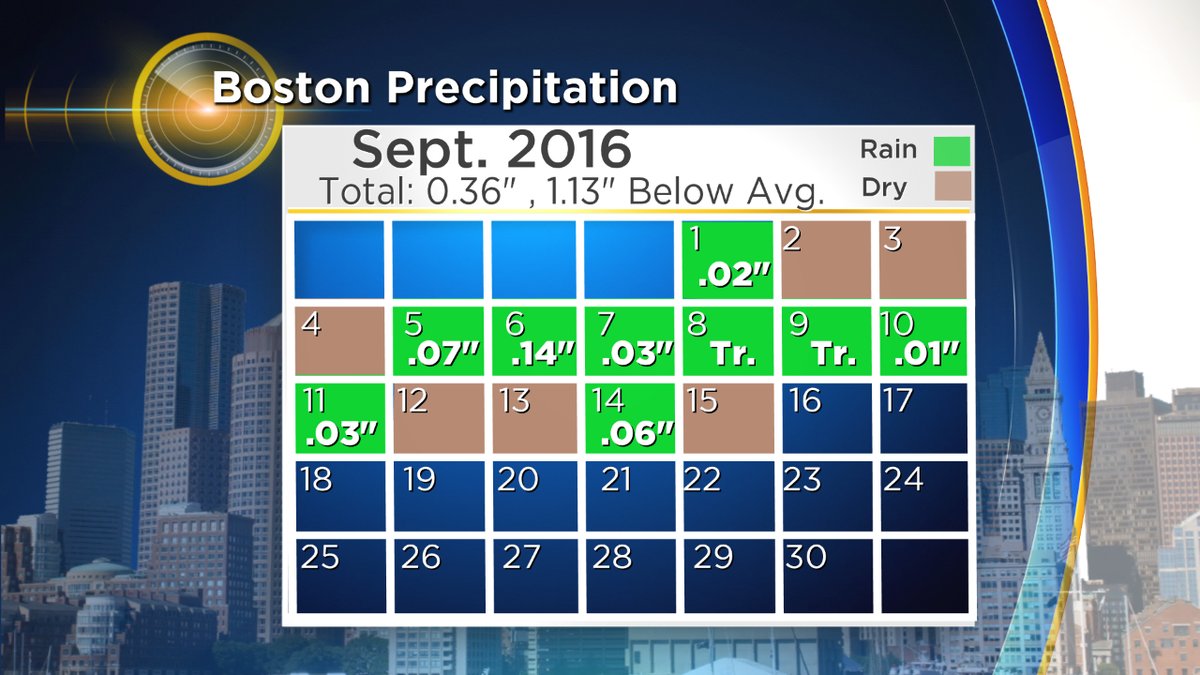 In previous posts we've talked about the long duration of this extreme dry spell, which dates back over a couple of years. Starting in January of 2015, the vast majority of months have all come in with below average rain. WAIT A MINUTE says the casual reader, pointing out that we were buried past our eyeballs by snow that winter. True story, but unfortunately the temperatures which allowed such massive snow totals also ensured that the snow had very little moisture in it. A typical snow ratio is 10:1, or 10" of snow per 1" of liquid equivalent. Many of those 2015 blizzards were 20:1 if not 30:1! That is some amazingly dry snow for us. Long story short, January through April 2015 came in with BELOW average precipitation, even with record snow. That was followed up by a very dry and warm May, at which point we were off to the races. Now two straight very dry years have emptied retention ponds and reservoirs, leading to significant restrictions and water bans. 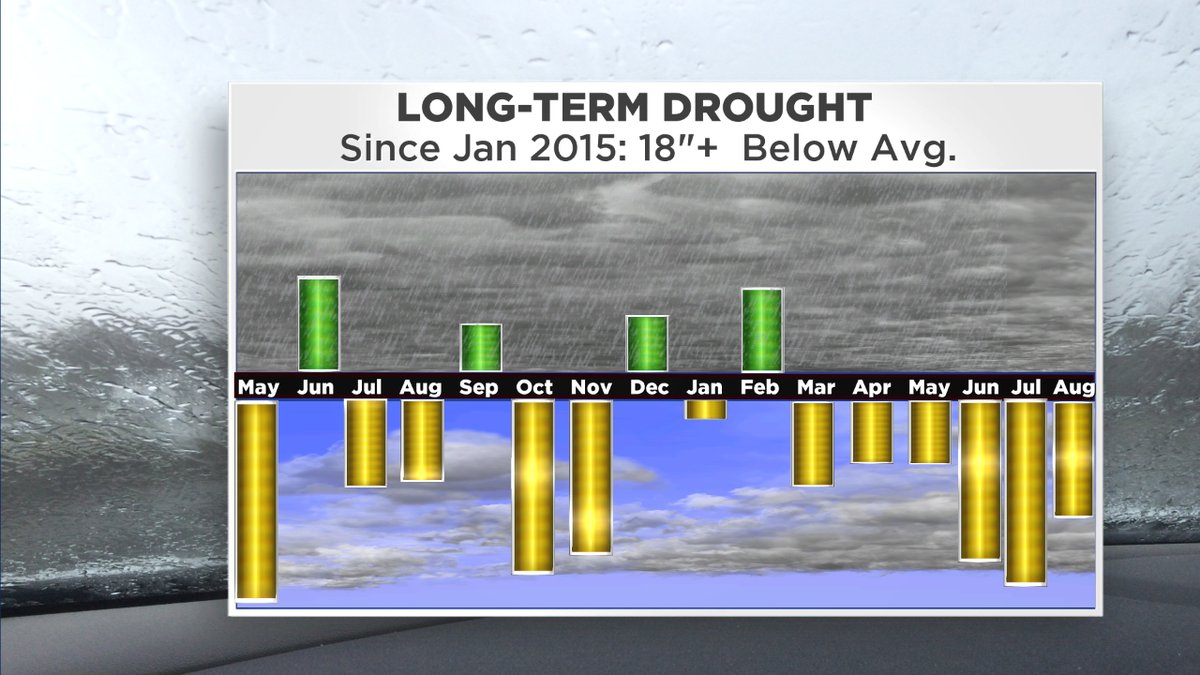 So what do we need to get out of this? Like I mentioned above, this is going to be a long  haul. It's not something that will be solved in weeks or even months, but possibly a year or more (unless there is some biblical rain event, which is always on the table). We have accumulated a rainfall deficit of over 18" since the start of 2015 in Boston. A few areas north of the city and into southern New Hampshire are even above 20" when it comes to 'missing' rain. That's why water tables are so low and people are seeing ponds and lakes lower than any other time in memory. To look into this problem, I used a window between now and the next growing season, which starts in April next year. 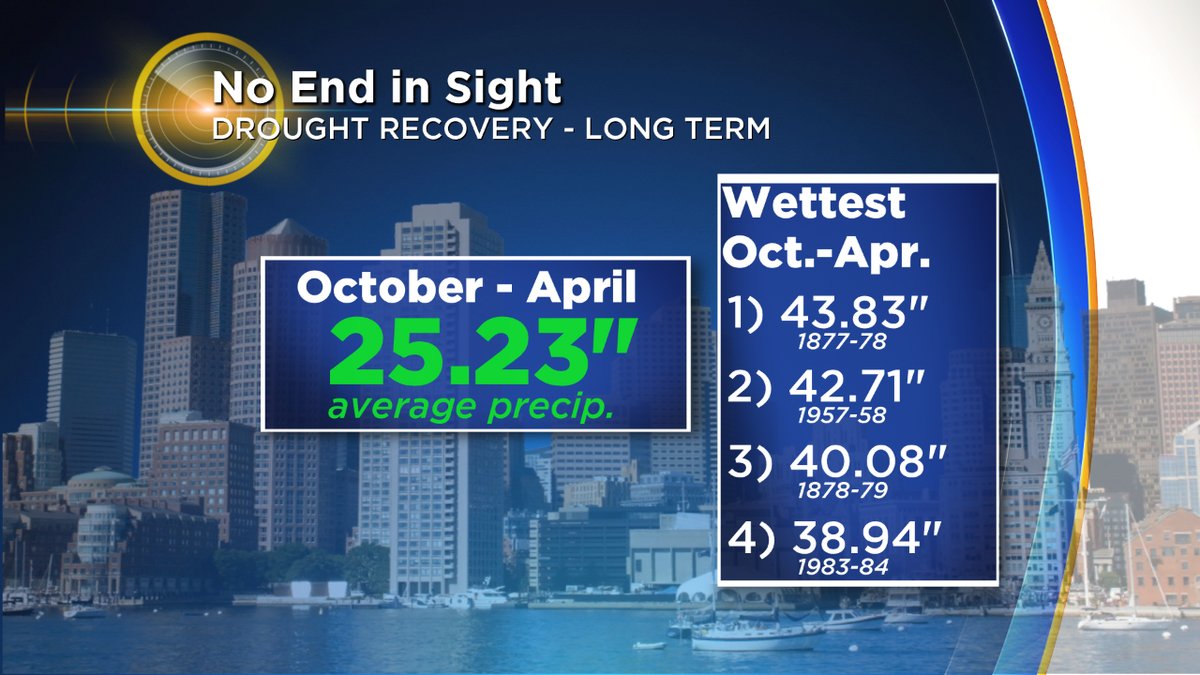 From the start of October through April, the Boston area receives, on average, a couple feet of water. Of course, some of that falls as snow. So if we just managed 'average' precipitation, we'd still be left with an ~20" deficit. Not good. We need a massive pattern shift with a ridge in the jet stream abandoning its post over New England and some troughing to move into the Midwest/eastern U.S. That would help bring stormier weather instead of the warm and dry conditions we've had since late last year.

I found it interesting that the math worked out very neatly - if we notch our wettest October-April on record, we'd exactly make up the deficit. The wettest October-April stretch was in 1877-88, with over 40" of liquid cascading down on the city. That may be asking a lot. We would essentially need to get drenched by some tropical activity before the season winds down, have a parade of storms this winter, and then have some big coastal spring storms to follow up. 44" of rain is a LOT of rain. Another thing that stuck out to me was that 1983-84 is the 4th wettest such period on record. We have been very closely mirroring the conditions of 1982-83, dating back to late last autumn. It was another powerful El Nino event (with subsequent weakening). Last winter was similar, this summer and early autumn have been similar...and so one begs the question if this late autumn/winter will be similar. It was pretty typical when it comes to snow and temperature averages in New England, which we would take at this point. There were some soaking events in the fall (over a foot of rain in Boston). 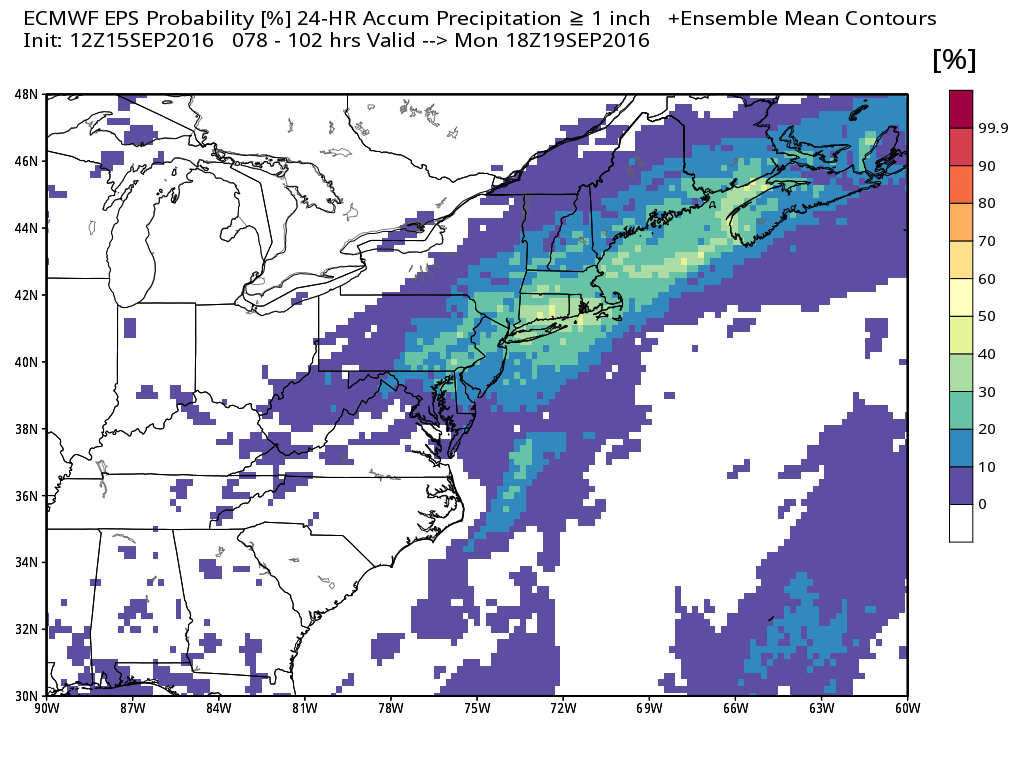 EPS odds of >1" of rain Sunday through Monday. Decent, but not overly promising. Source: Weatherbell

No doubt the storms will come knocking again at some point. But it needs to get here soon. Late this weekend promises at least *some* rain. An approaching front will drag up moist, humid air and squeeze some of that moisture out. The big question is whether or not it will capture some of the tropical plume from Julia, spinning off the Carolina coast. Both the ECMWF and GFS indicate a digging short wave Sunday night into Monday, which should at the very least produce showers and storms. If enough of a tropical connection can be established, we could see the soaking 1-3" of rain we desperately need. If it doesn't link up, it's just another passing event with 0.25" to 0.75". That's status quo so far as the drought goes. If it doesn't pan out, then more hurt is in play. Next week looks to bring back summer warmth and dry weather after Monday. A 'miss' when it comes to heavy rain would potentially mean an upgrade to 'Exceptional' drought within a week or two.