Just after 11 a.m. firefighters responded to a fire in the breakdown lane on the northbound side of the road near Route 9.

Heavy smoke could be seen pouring from the truck, and flames were shooting from the cab area of the vehicle.

Several of the cars that were aboard the tractor trailer were damaged by the flames.

One car on the second level of the trailer could be seen on fire, appearing to be destroyed. 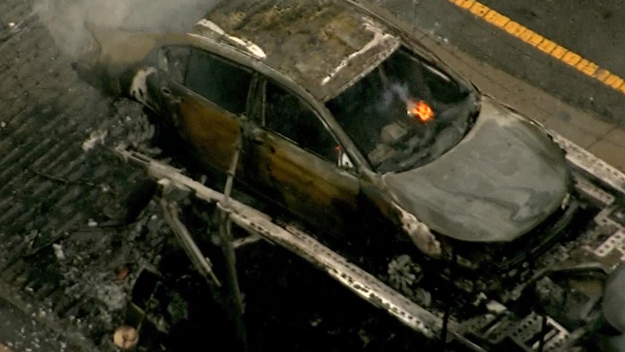 In addition, the majority of the truck's cab is gone as a result of the flames.

Heavy traffic remained on I-495, Route 9 and the Mass Pike as a result of the fire, though the left two lanes were reopened just before 1 p.m.

No further information on the truck fire is currently available.