Check: Snow Totals: Who Has The Most?

A landscape completely transformed from green to white and the coastline forever altered by hurricane force winds and giant, powerful waves.

This one was truly a storm for the record books.

At 1 p.m., Boston's Logan Airport had 24.9 inches, officially making it the 5th biggest snow event in more than 100 years of record keeping in the city. 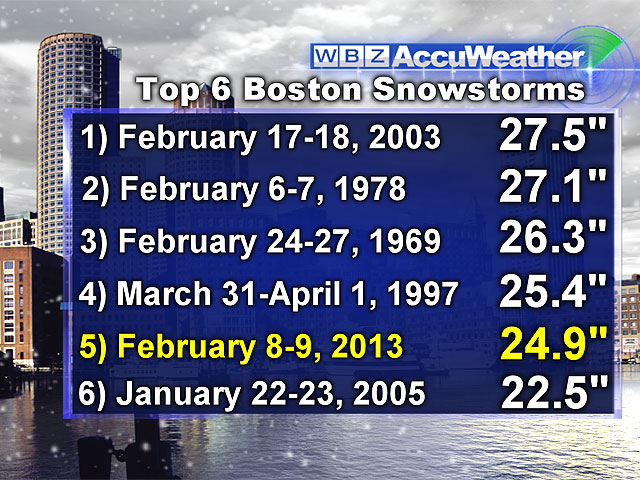 This storm fell short of the all-time record of 27.5 inches which fell during the President's Day Storm in February 2003.

The numbers are interesting, but the true legacy of our New England storms is how they hold up in our memories .

I don't think anyone would dispute that by that measure, the Blizzard of 1978 is number one and will likely remain so even after this storm has ended.

In Worcester, the "Blizzicane" of 2013 dumped the third most snowfall in history there, 28.5 inches. 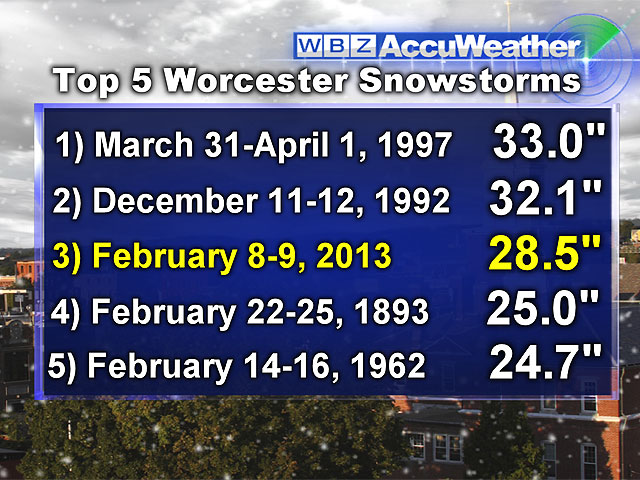 After literally hundreds of snowfall reports from all over Southern New England it seems that just about everyone has been buried in the 18-to-30 inch range.

A few "lucky" towns like Framingham and Spencer came in a few inches above 30.

Conversely, down on Cape Cod, total snow amounts have been closer to 6-to-12 inches due to a much wetter snowfall. 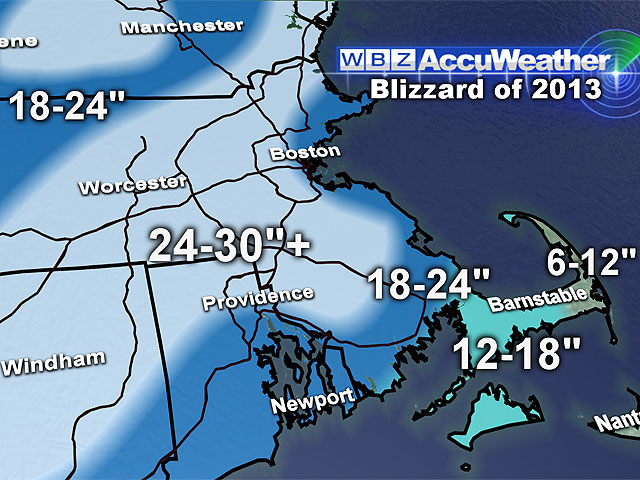 The cleanup will take several days, but the good news is that no more snow is coming in the short term.

Highs over the next several days will range from the mid 30s to the mid 40s early next week.

It does appear though, that we are entering a new pattern.

The southern jet stream is going to be much more active for the next few weeks.

When that is the case, we have to keep a constant eye on the Gulf of Mexico.

With an active southern storm track in February we are almost certain to get a few more coastal storms and add to the now above normal snowfall total this season.