Valentine's Day is a holiday to celebrate love. Cards, flowers, chocolates, and jewelry have become synonymous with February 14th. But here are five things you don't know about Valentine's Day. 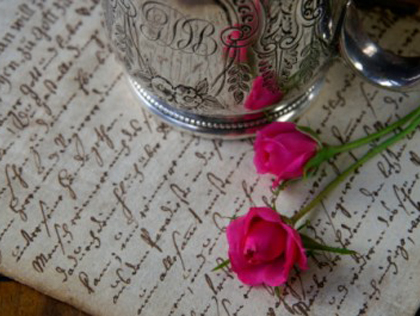 1. A History Lesson: The Brutal Origins Of Valentine's Day

St. Valentine was a Roman Catholic priest who was martyred. It's believed that St. Valentine held secret marriage ceremonies for couples in defiance of Roman Emperor Claudius II. On February 14th , 269 A.D., Claudius II ordered the execution of St. Valentine. He was beaten with clubs and eventually beheaded.

It was back in 1868, that the first box of Valentine's Day chocolates was whipped up by legendary British chocolatier, Richard Cadbury. Leading up to this Valentine's Day, love-struck consumers will purchase more than 36 million heart-shaped boxes of chocolates, according to the National Confectioners Association. If a traditional box won't do, the Boston area has a bunch of places for chocolate lovers, including its own chocolate factory and an all-you-can-eat chocolate buffet. Oh, and believe it or not, chocolate is NOT the number-one-selling Valentine's Day Candy.

That's right, two years before Richard Cadbury's brilliant idea, a couple of Bostonians essentially outdid him, concocting a confection that would also help define Valentine's Day. In 1866, Daniel Chase invented a machine that would press food dye letters onto the candy lozenges made famous by his brother - and NECCO founder - Oliver Chase. Thus, Sweethearts were invented. The Chase brothers have long left this world. But the company still produces about 100,000 pounds of Sweethearts each day. The company says that the tiny little heart-shaped candies top chocolate as the best-selling Valentine's Day candy.

About 2.6 million people get married in the US every year. Of them, an average of about 260,000 people – or 10 percent - get engaged on Valentine's Day, which is more than any other day of the year. On the flip side, an actual 2004 scientific study concluded that couples were 2.55 times more likely to break up around Valentine's Day than during other months.

In 1784, the first soon-to-be-cliché love poem is found in an English nursery rhyme compilation:

The rose is red, the violet's blue
The honey's sweet, and so are you
Thou are my love and I am thine
I drew thee to my Valentine
The lot was cast and then I drew
And Fortune said it shou'd be you.

Now, cliché and not-so-cliché poems can be found on the approximately 151 million Valentine's Day cards that are exchanged each year. According to Hallmark research, that number doesn't include packaged kids' valentines for classroom exchanges.

The St. Valentine's Day blizzard of 1940 immobilized the city of Boston. According to one account, the storm dumped 14 inches of snow on the city. The snow crippled trolley and bus service. Boston police banned cars from downtown while the snow was cleared. The storm reportedly claimed the lives of 31 people across New England. Check out some photos from the storm here and here on Boston Public Library's Flickr page.