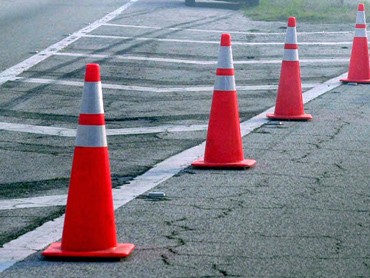 Sick of road construction? It snarls traffic and causes endless delays. Some projects seem to go on forever.

So many have written WBZ asking the same thing - why do construction projects in Massachusetts seem to take so long?

Michelle from Gardner Declared her Curiosity to WBZ:

What's taking so long...? They rip up the roads and then - seemingly months later - are still not finished. What's the story?

The Winter Street Bridge project in Waltham is a perfect example.

Construction on the project began in the fall of 2004. It was supposed to be finished in the summer of 2010.

That's six years to upgrade a bridge and according to MassDOT, six years later the project is only 56-percent complete so far.

It's also over budget.

Initial estimates were $16 million. It's now at $22 million.

MassDOT says the construction company that began the project, Roads Contruction, went bankrupt in 2005, causing delays on this bridge and about 20 other projects around the state.

Businesses near the bridge say they're suffering because of all the construction.

"If you told me then in the beginning its going to be a ten-year project I would say 'no way," Stylecuts owner Mark Avedikian told WBZ.

He and other local shop owners are tired of the obstacle course near their businesses.

"It's always an annoyance that's there," Avedikian said.