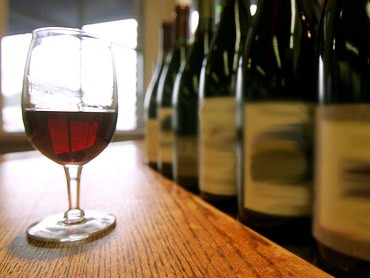 A court victory could make it a lot easier for them to get wine shipped directly to their homes.

The ruling throws out a state law that severely restricted that.

Sue from Acton went to WBZ's Curiosity page and wrote that she's "very puzzled by this law. Isn't it perhaps outdated?"

Well the judges went further than "outdated," and said it was unconstitutional.

Bob Dwyer is not only a wine lover, he's also an expert, writing about all things grape on his web site "The Wellesley Wine Press."

Even though he's overjoyed by the court ruling, he's also realistic.

"Nothing is going to change today, and nothing I wouldn't guess, would change in the next few months," he says.

The Federal judges upheld a lower court ruling against the Massachusetts law that prohibited most out-of-state wineries from shipping directly to customers here.

The court said the law restricted interstate commerce and was discriminatory against the out-of-state wineries.

But that's not enough.

"There are still additional reasons you can't have wine shipped to you," says Dwyer.

Like strict licensing of shipping companies and a limit on how much wine people can buy.

Both have the effect of discouraging out-of-state wineries from doing direct business in Massachusetts.

There's also the possibility that the state Attorney General's office will make a final appeal to the U.S. Supreme Court, but Dwyer thinks that isn't likely.

"I think the Supreme Court has better things to think about than whether wine consumers should get access to a winery," he says.

So, with the old state law declared unconstitutional, the state legislature will probably need to enact a new law before you can have on-line or mail order access to out of state wineries.

There are two bills on Beacon Hill that would do the trick.

A hearing on them is expected in May.

Legislators will also have to figure out a way to prevent under age customers from ordering wine.

Is there something that you are curious about?

Send us your questions.