When the change arrived, it happened fast. Last week we were basking in the mid 80s and this week we expect 20s and wind chill in the 10s. Weather is New England is rarely a dull endeavor and we'll have plenty to keep us busy over the next few weeks with our new pattern regime. Some impressive incoming cold shots are a given, but it's the end of the month that may be the most interesting to track. Let's dig into the second half of the October! 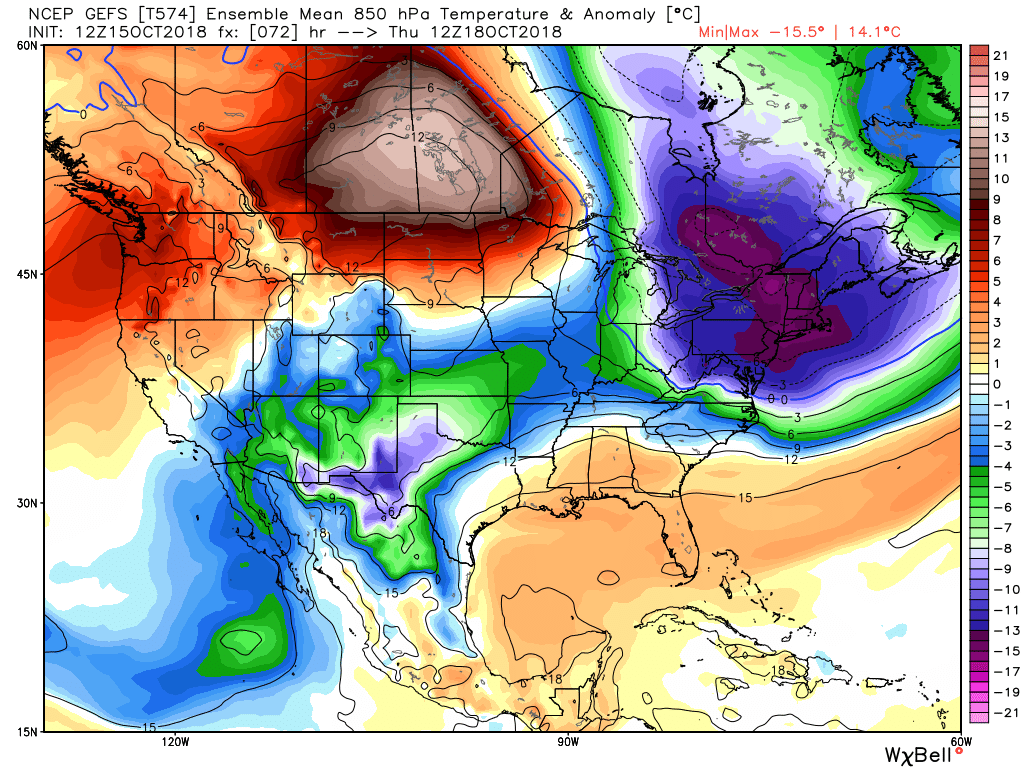 For starters, the growing season is about to come to an end. If you've got some final peppers and tomatoes out in the garden you'll want to collect them before Wednesday evening. A blast of very chilly air will bring 36 hours of winter-preview type cold. The leading edge of it is a potent (though mainly dry) cold front that will push through Wednesday afternoon. There may be a few sprinkles along the front but the main story is the change in air as gusty northwest winds funnel down extremely chilly stuff for this time of year (and take down some leaves in the process). Wind chill values will be down into the 10s and 20s by Thursday morning! Yikes. Make sure your winter hat and gloves are out of the closet and ready to go before venturing out or sending the kids to the bus stop. 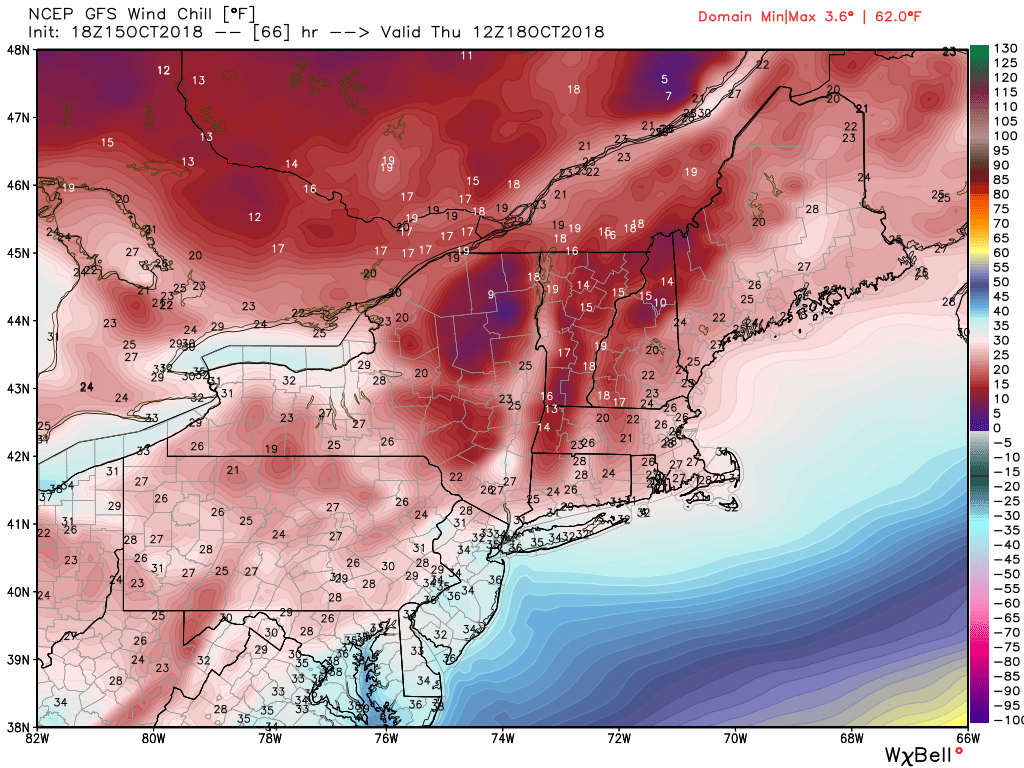 Potential wind chill values on Thursday morning. You may have the urge to pull the covers back over your head. 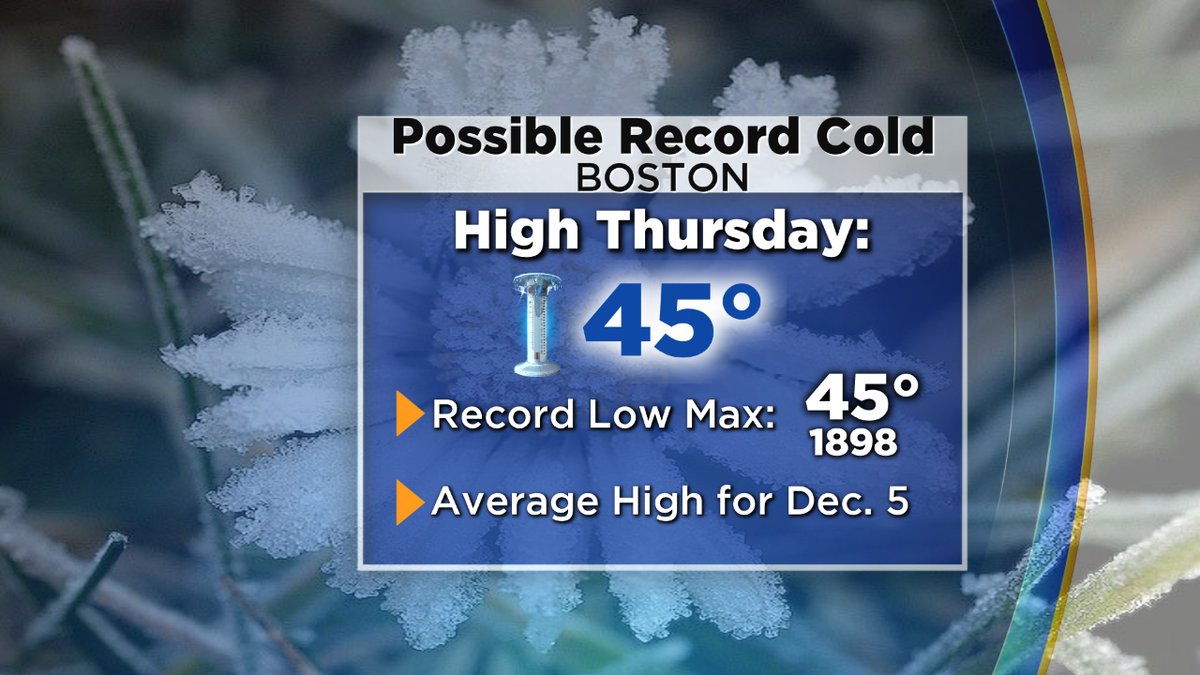 We have a chance of tying or breaking the coldest high temperature for the date on Thursday (Boston) Graphic: WBZ-TV

Frost formation may be difficult Thursday morning due to the gusty winds, but some areas of subfreezing temperatures will be possible away from the coast and city centers. The air mass is cold enough to keep us from leaving the 40s during the day, which is expected to threaten some records. The coldest high temp for the date (October 18th) in Boston is 45F set way back in 1898! The current forecast is 45F, so we'll be very close to tying it. With strong winds all day long it's going to feel like December out there instead of October. 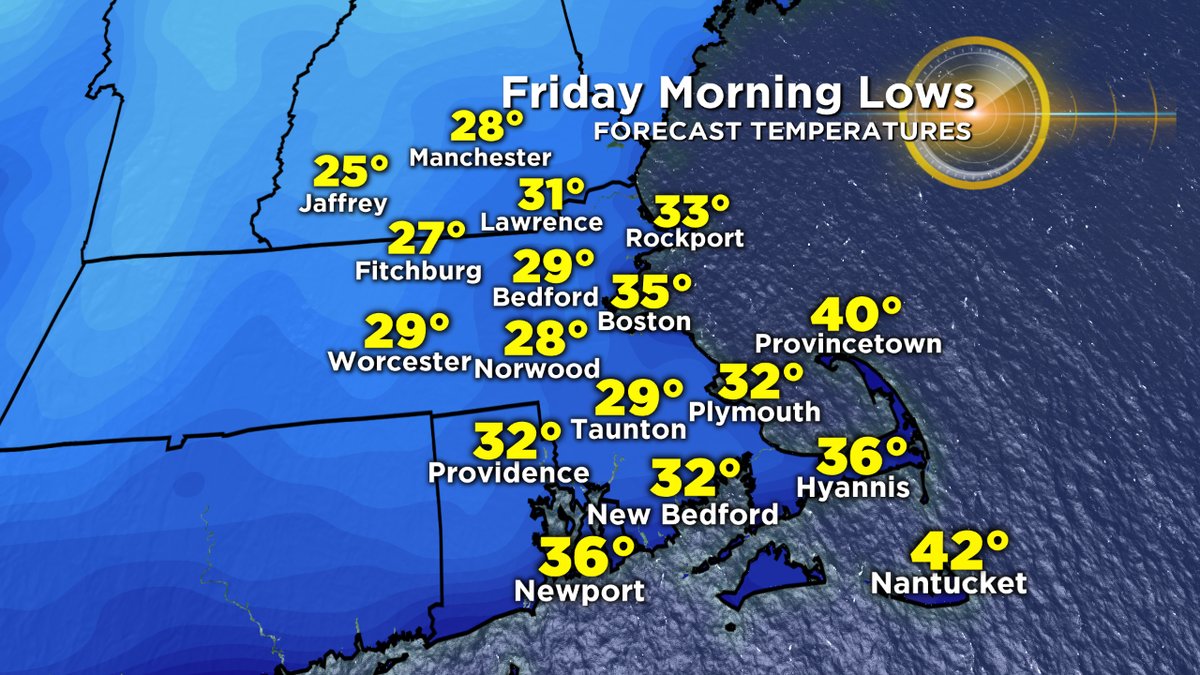 Expected lows by Friday morning will be the coldest of the season and bring a killing freeze to much of the area. Graphic: WBZ-TV

The coldest night in terms of air temperature will be Thursday night into Friday morning, thanks to the already cold and dry air mass in place and the calming winds. This is a more ideal night for radiational cooling, which means 20s to low 30s will rule the region and bring a killing freeze for most of us. Downtown Boston probably won't get to freezing but just about everyone else will. So the bottom line is that it's time to harvest what's left/not hardy in the garden and bring in the tropical plants for the winter. We had a good run.

The next cold shot will blast into New England Sunday through Monday of next week, bringing another chance of highs in the upper 40s to low 50s plus some cold nights. How quickly we went from air conditioning to a roaring fireplace!

These first couple of cold shots don't come with any significant storminess, but the end of the month may be a different matter. There's excellent agreement between multiple different models and BSR (Bering Sea Rule) for an east coast storm between October 26th and 30th. The upcoming weekend's cold shot will breed a storm into the Canadian Maritime, which in turn will start to build some blocking out over the North Atlantic. This sets the stage for the next trough to dig deeper and produce a deeper area of low pressure toward the end of the week. The +PNA (ridging over the western U.S.) allows energy to dive down into the east along with more chilly air. 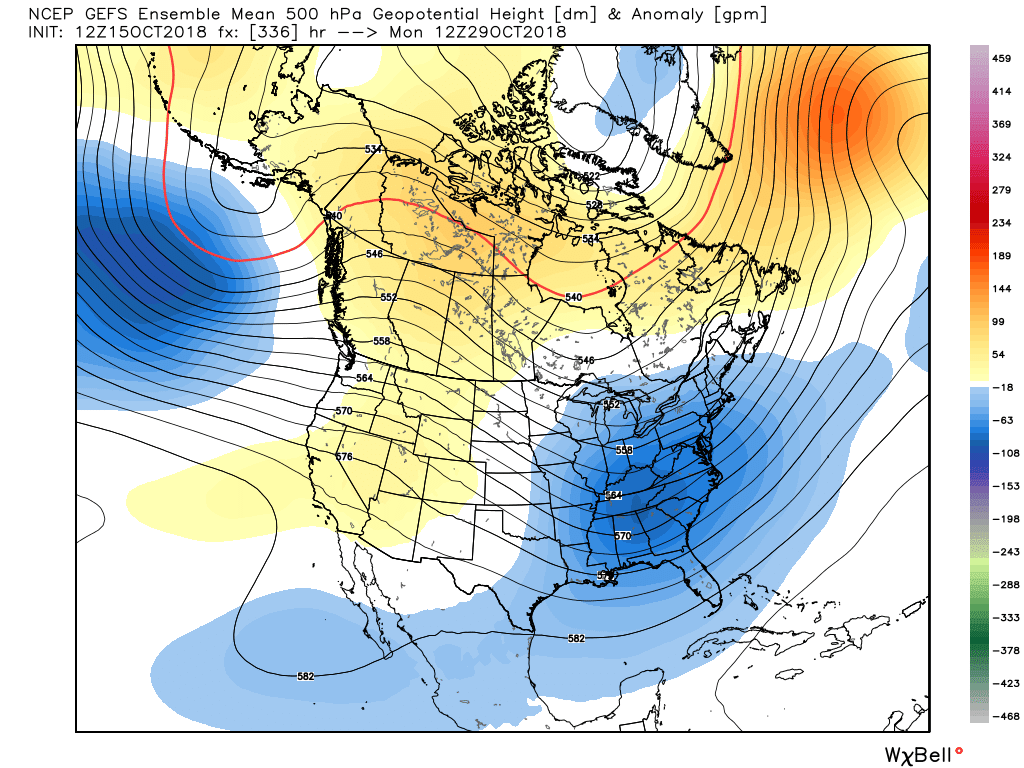 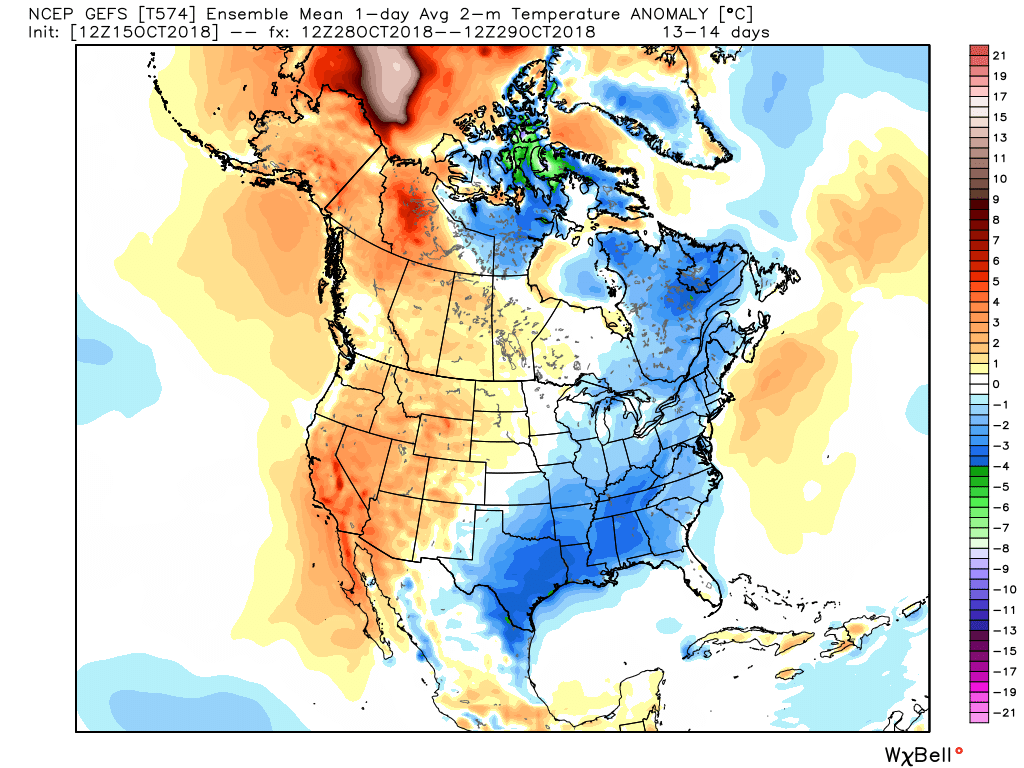 A classic east-coast storm setup showing up for the end of the month that includes quite a bit of cold air. A snow risk is certainly possible.

Late October definitely has a reputation around here. In 2011 we had Snowtober, the next year we had Sandy, last year we had a wild destructive windstorm. You're getting the first intrusions of cold arctic air banging up against the leftover heat of the ocean (which is currently much warmer than average thanks to the summer and early autumn pattern).

What can we say at this range? We can say that the pattern definitely supports a strong storm in the east at the end of the month. Will it be right along the coast? Pull a little inland? Head out to sea? Feature accumulating snow or damaging winds? These are questions we can't fully answer until next week. But there is certainly quite a bit of early season cold around and I'd say odds are favorable for an accumulating snowstorm between the Ohio Valley and Northeast. Not too often you get these ingredients together so early in the season so this will be an interesting one to watch unfold over the next week or so.