NORTON (CBS) – After four months in Boston Children's Hospital, Bryce Derosier came home for the final time. His parents had a police escort to their Norton home.

"We needed to get him home in a timely manner," said Bryce's father Jeremy, who is a Taunton police officer. "With their assistance it really worked out well."

The 15-month-old boy has mitochondrial disease and will spend his last days with his family at home. 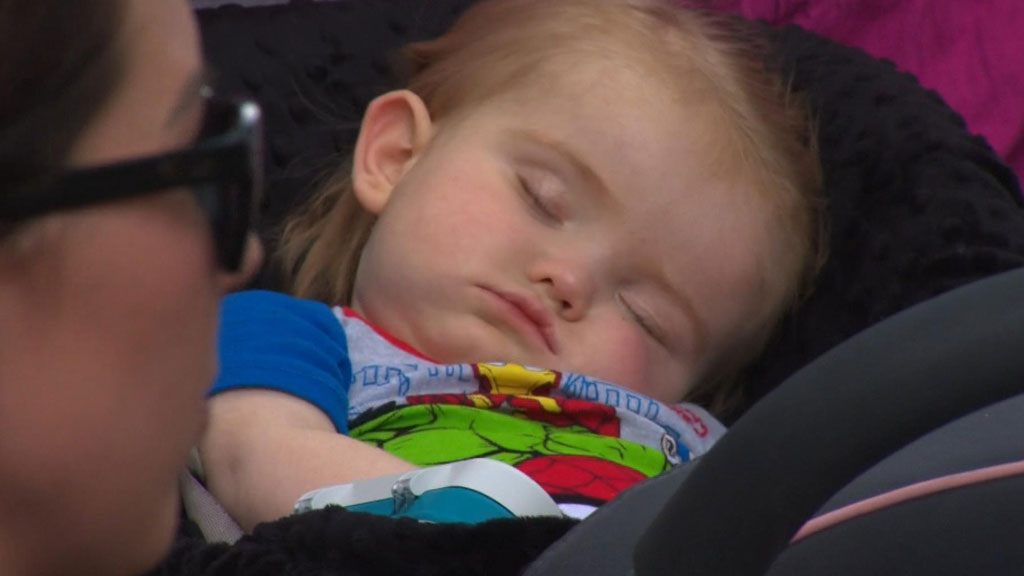 Jeremy Derosier's fellow officers have covered his shifts and delivered a special crib.

Even though the Derosiers will endure some heartbreaking days very soon, on Thursday, they just wanted to say thank you.

Then, the Derosiers walked into their home and into an uncertain future.

"Our house isn't a home without Bryce, so we needed him home," said Bryce's mother Jamie. "All four of us need to be under one roof."

A GoFundMe page has been set up to raise funds for the family.