BOSTON CBS) -- Boston eclipsed 100 inches of snow in a season for just the second time in recorded history Wednesday morning. 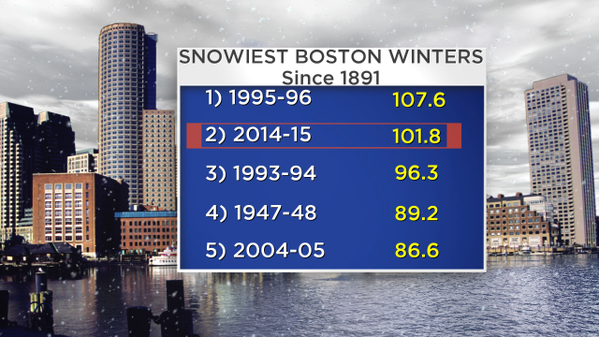 Boston has smashed several snowfall records, including snowiest February and snowiest all-time month, as one snowstorm after another pummeled New England.

It's also been one of the coldest months ever, breaking the record in Boston for most sub-freezing days ever seen in February.

The never-ending snow and cold has crippled the region's public transportation system, collapsed roofs and has schools scrambling to make up all the snow days.

No major snowstorms are forecast in the near future, but meteorologists are predicting the cold weather will extend into March.