Never dull, our New England weather loves to throw some oddballs at us. This current stretch is one of them. From subzero cold Friday morning, to 50s and rain by Sunday morning? Sure, why not! It's actually nearly identical to what happened last time we got a severe cold blast: Valentine's Day. Boston hit a frigid -9F, and then it was raining in the 50s within 48 hours. A big push of air from the south will be the culprit for our warm-up, but before it arrives a thump of snow will coat the area.

First Up - The Snow

Snowfall breaks out across the region Saturday morning, but really starts to fill in between 3am and 7am. By daybreak we should all be seeing snow, with the steadiest falling between approximately 8am and noon. It's a race between the (obviously) very cold air we have in place, and a burst of milder air aloft that will race in during Saturday. It looks like for most of the area, the cold will hold on long enough to produce mostly snow. It'll be light and fluffy to start, but areas along the Pike and points south will see the snow get heavier/wetter as the morning progresses. A coating of freezing rain is likely for inland areas, putting an extra slick coating on things. But it won't be enough to bring down limbs or cause power outage issues.

As for the rain, it'll quickly take over across Cape Cod and the Islands, as well as the South Coast. That will wash away any of the snow accumulation, helped by temperatures rising into the 40s Saturday. That rain line will make it up across most of southeast Mass, and just barely get into Boston and the immediate North Shore coastline for an hour or two. All of the precipitation should come to an end by about 2pm. 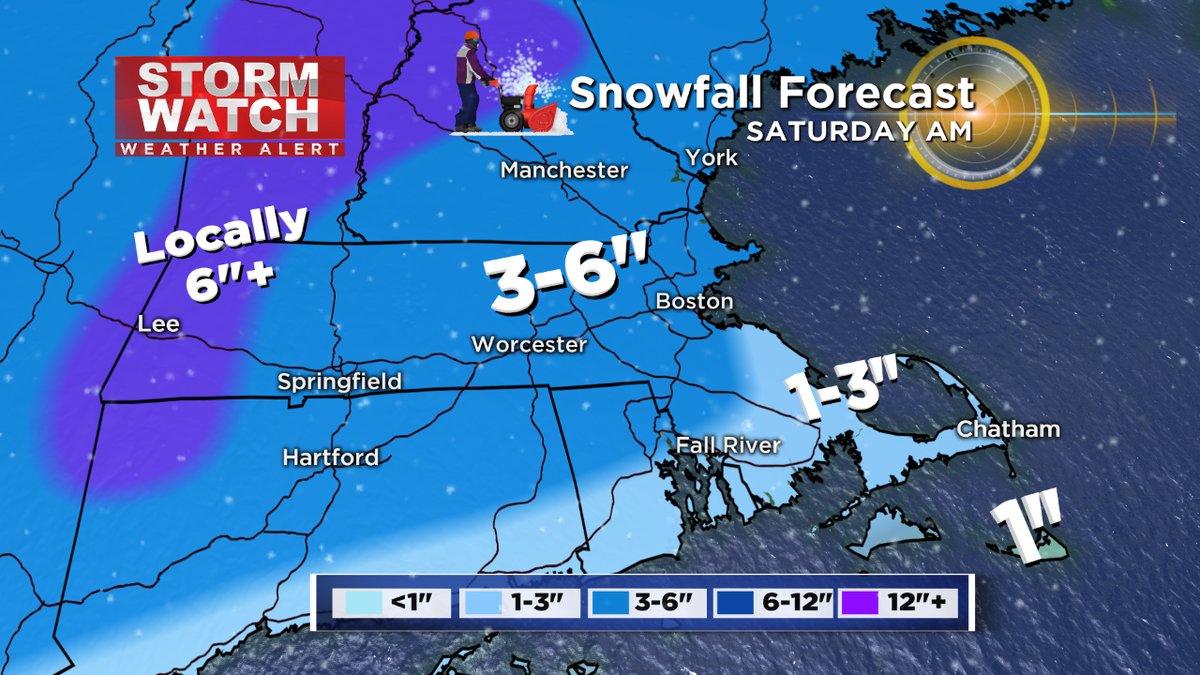 Next Up - A Flash Freeze Potential

There's a tricky little element to Saturday, and that's a small ripple of low pressure that forms along the warm front and heads off to our east. This will help to bring winds back around from a more northerly direction as it passes in the afternoon, letting cold air slip back south across the region. At this point it looks like 20s could dip as far south as the Mansfield area and eastward over toward Scituate. Anyone along or north of that line should expect the potential for things to freeze back up rapidly during the afternoon and evening for a time. So anyone working the roads with salt or sand will end up with a busy day. Even if you change over to rain, especially in the Boston area and points south, remember to be extra cautious as this cold air moves back in. 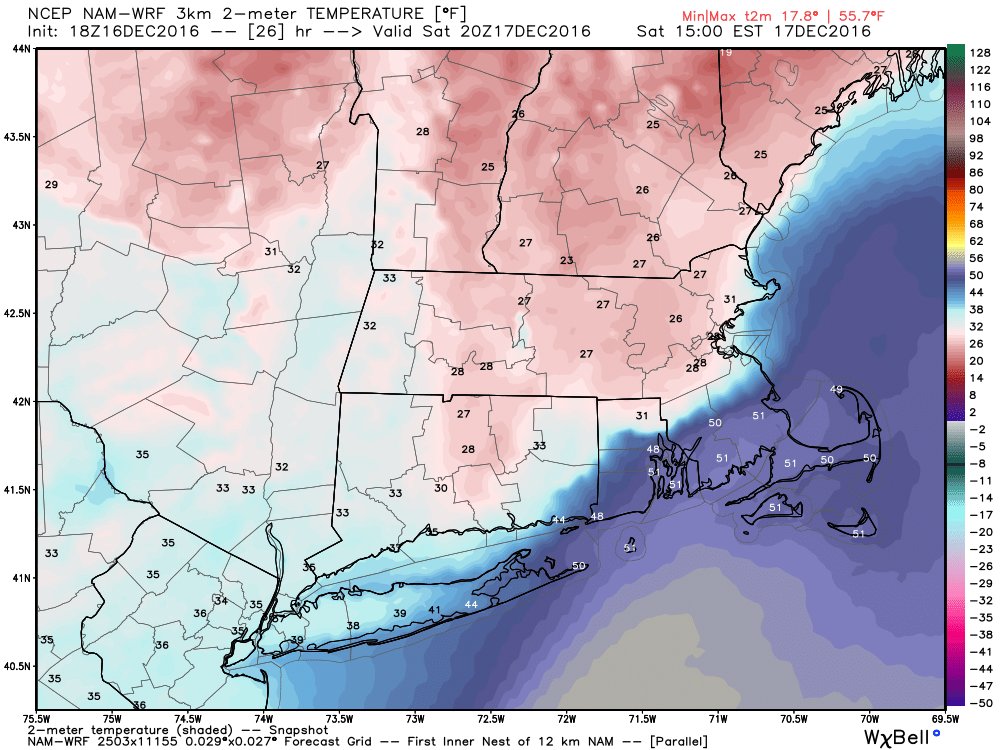 Southwesterly winds will gain control by late Saturday night, and the temps will start to climb. By Sunday morning, we're in the 40s and 50s across the region with rain showers moving through. I don't think New Hampshire or central/western Mass will be able to get to 50, but the Boston area, North Shore, and all points farther south should. The Cape and South Coast may even come close to 60 degrees for a few hours! Rain showers and scattered heavier downpours will likely linger into the early afternoon before tapering off. 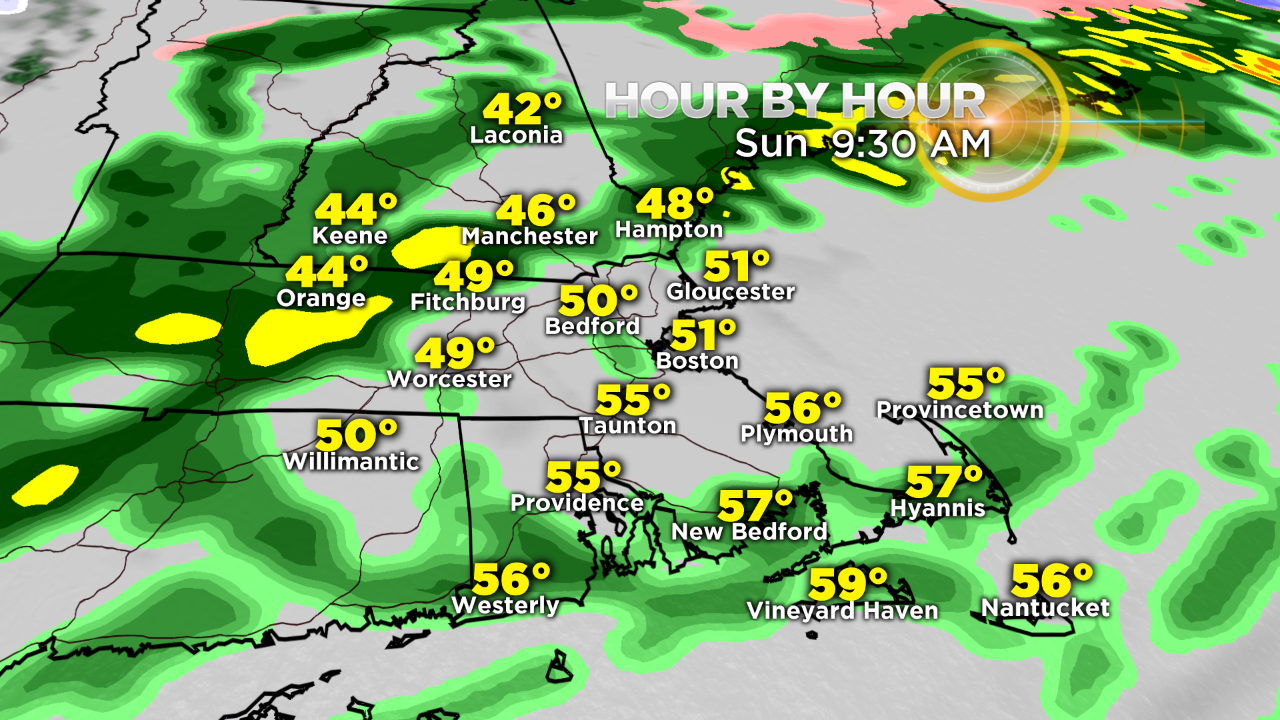 We'll also have a risk of strong wind gusts Sunday morning into the midday hours. Most of the area will see southwesterly winds gusting 25-45mph, but a few gusts 45-55mph will be possible across southeast Mass. The best chance of seeing these strongest gusts will be across the Cape and the Islands. It's been a rough few days for holiday decorations! Those winds will swing around to the northwest during the afternoon. 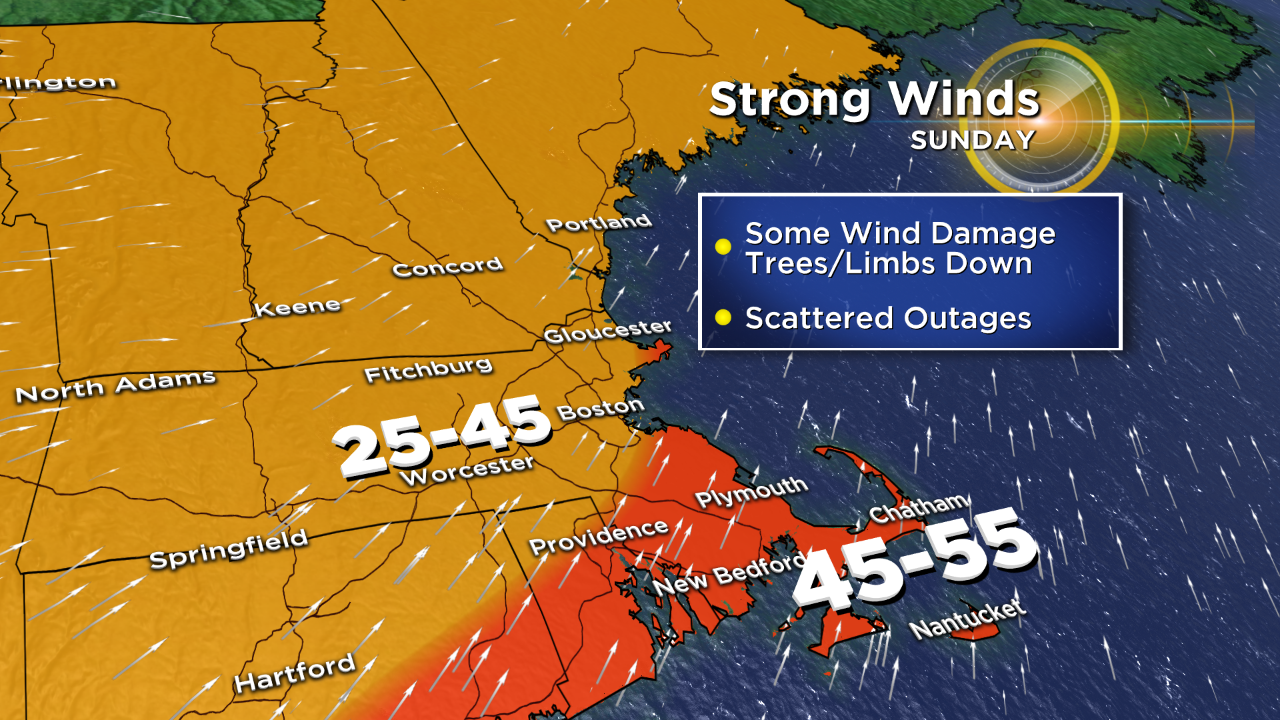 The Finale - Another Flash Freeze?

Even though it will be mild Saturday morning, the very cold air will not be far away. Lurking just to our west, it'll crash back in Saturday afternoon. As we head into the late afternoon and evening everything will start to freeze right back up from west to east. So if you're traveling to go to watch the Patriots somewhere, keep in mind it could be very slick by the time the game is over. Another good opportunity to lay down some salt/sand! We'll dip into the 10s and 20s Sunday night, giving way to a bright and cold start to the work week on Monday. 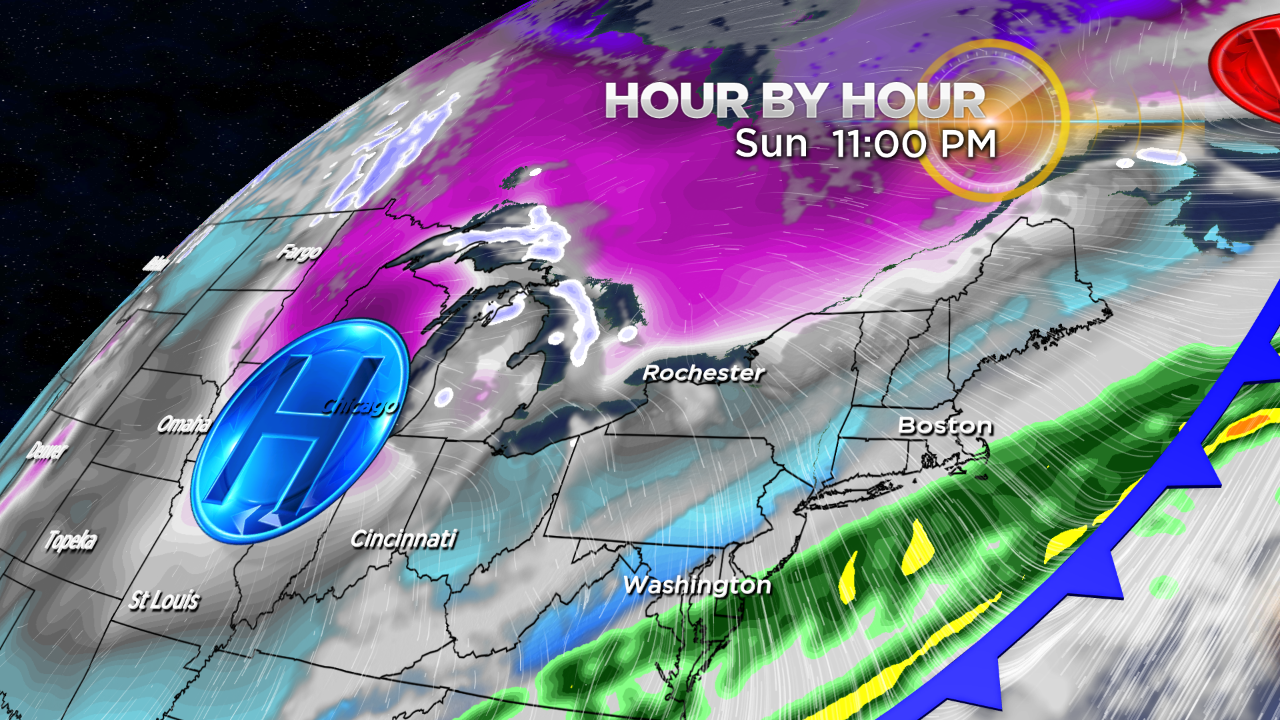