In the previous Matthew post where we took a peek at what may lay ahead, I mentioned how tenuous tropical forecasts can be 4-5+ days out. That theory certainly proven on Tuesday! Model guidance has really decreased the threat of any significant risk to New England this weekend. This part of the track has always been the biggest question mark, and now it looks like we're gaining some better focus. So here's an update on what we're seeing. 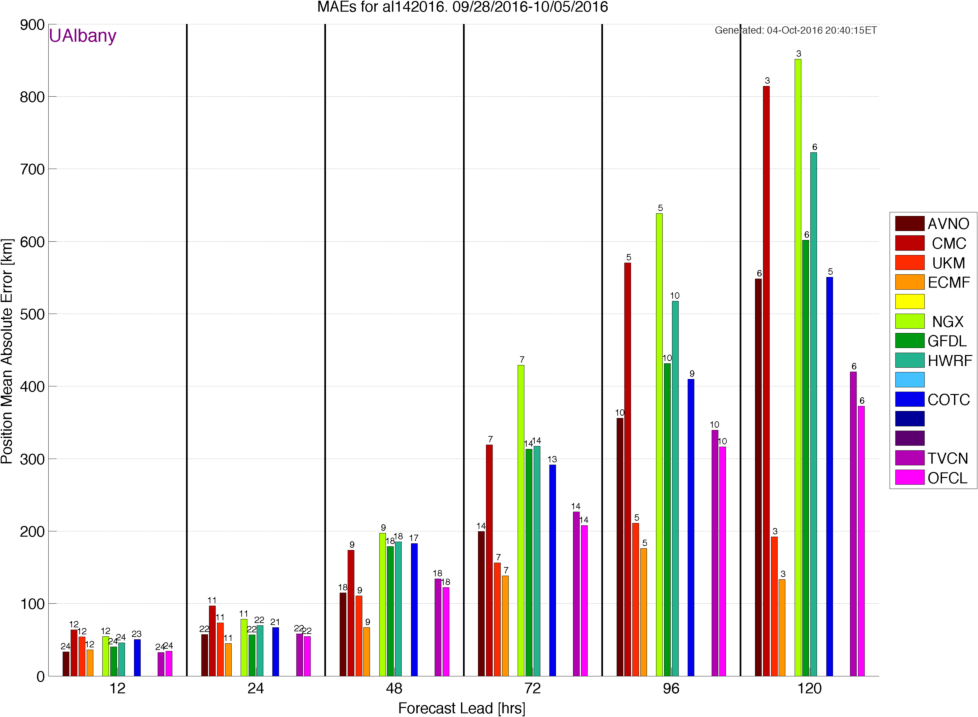 A look at model performance, when it comes to track, over the past several days. The Euro and UKMET are easily pounding the competition, doing a much better job at predicting the slow movement of Matthew. The Euro essentially nailed the exact position of Matthew Tuesday evening with its guidance 8 days ago. Very impressive. Other guidance has been much too fast in racing the storm up the East Coast and/or out to sea. Source: http://www.atmos.albany.edu/facstaff/tang/tcguidance/al142016/

The UKMET and ECMWF models lead the charge, nudging Matthew farther in toward the Florida coast late this week and then pushing it out to sea after North Carolina. Then, the GFS/GEFS and Canadian guidance followed suit. Now nearly all guidance suggests Matthew will not come close to us to provide any meaningful impact Columbus Day Weekend. What was the big change? It seems a strong Pacific jet stream may be to blame, showing how connected all the moving parts of the atmosphere are. This strong jet is forcing a more zonal flow across the U.S. late this week and weekend. In return, a deep trough that was the mechanism to lift Matthew out of the tropics and up the eastern seaboard is not looking nearly as likely. With a flatter trough pushing through, there's a chance that Matthew may get missed altogether and be set adrift along the southeast coast for many days. That's a bad situation from Florida to the Carolinas, but much better news around here. 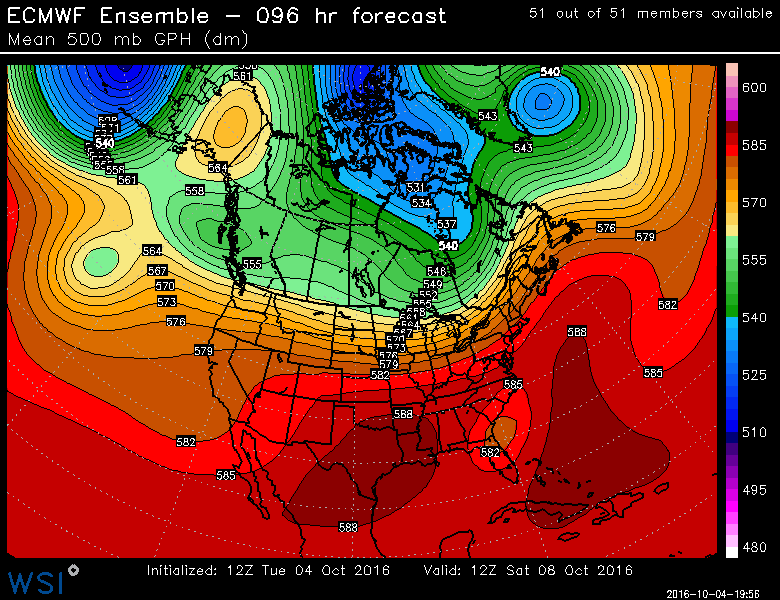 A trough this flat moving across the northern tier of the country will not be enough to draw Matthew up the coast. It also decreases our potential for rainfall. Source: WSI Energycast

The same general idea for the next few days remains the same. Matthew will likely re-intensify over the Bahamas on Wednesday and Thursday and should maintain Category 4 strength. We should probably expect to see the eye clear out again, and it could bring extremely damaging winds, surf, and rain all across the Bahamas. From there it threatens the southeast coast as a ridge overhead nudges it toward Florida. Whether or not it makes official landfall is irrelevant. The center is expected to come close enough to bring huge waves, heavy rain, a risk of spin-up tornadoes, and strong winds to the east coast of Florida late Thursday into Friday. All the while it should maintain Category 3 or higher status with a low shear environment and plenty of warm water to feed off. In fact, if it stays just offshore, it'll stay more connected to that energy source and help to maintain stronger intensity. And with a path that parallels the coast all the way up through South Carolina, many communities near the water may be forced to take evacuation measures. North of Florida I'd be especially concerned about Charleston, SC - which basically floods during high tide if there's a rain shower. Heavy rain plus strong onshore winds could really bring problems to the city.

How about New England? Well below is a set of model guidance from Tuesday afternoon and evening. Every single one of the Euro's ensemble system (51 members) are well south of New England. The GEFS has completely  bailed and followed suit. Tropical models, for the most part, have done the same with the exception of the BAMD (which is a 2-dimensional model based on deep layer steering currents). You can't *completely* write us off yet, but certainly all these models have latched on to the flatter flow regime and responded in kind. If that trough doesn't dig, Matthew is going nowhere. In fact it may turn around and loop around the southeast coast into next week. 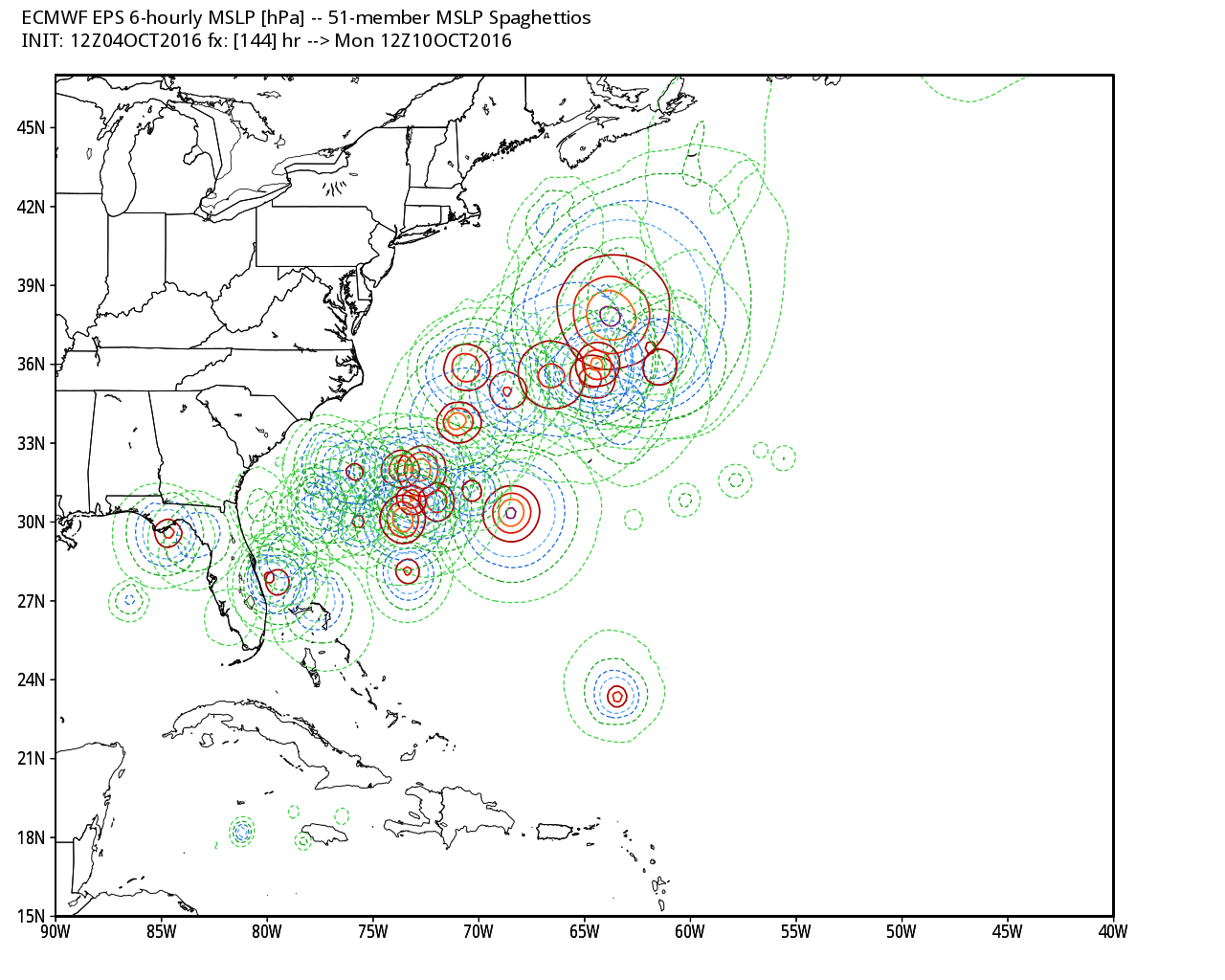 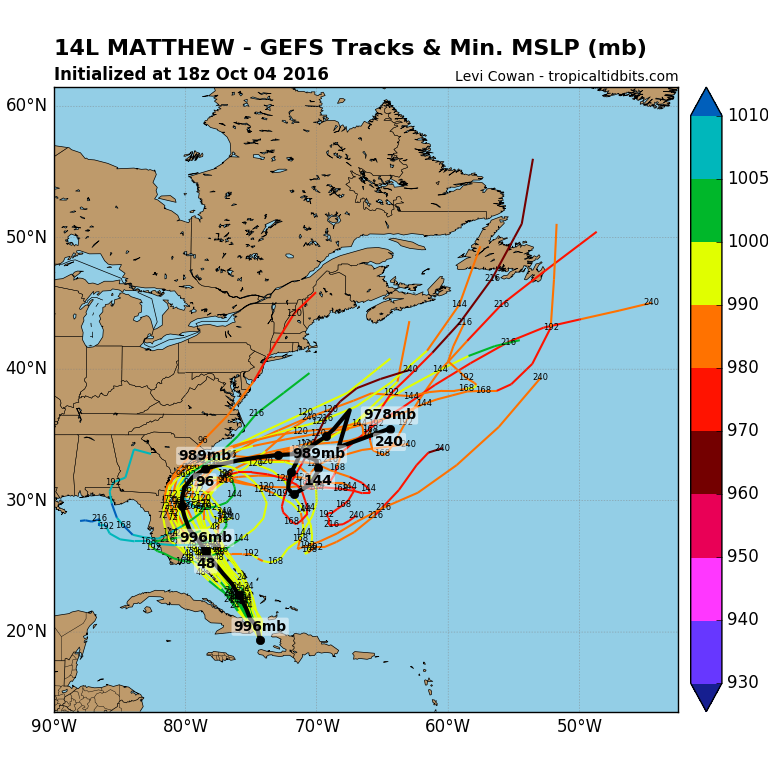 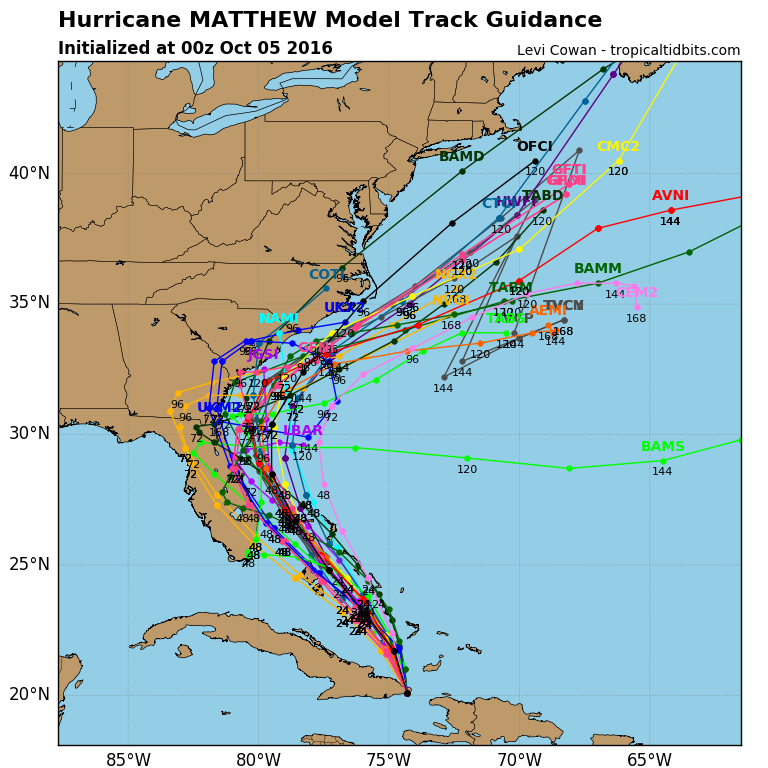 Could it still rain here? Yes. Our home for some beneficial rainfall is if Matthew can come far enough north to send a tropical moisture plume to meet up with a cold front pushing down into New England. For that to happen, I think Matthew will need to at least get to the latitude of North Carolina. It would also be helpful if that trough would dig at least a little bit. But if that doesn't happen, we may get little but a few passing showers and then a sprawling area of gorgeous October high pressure. 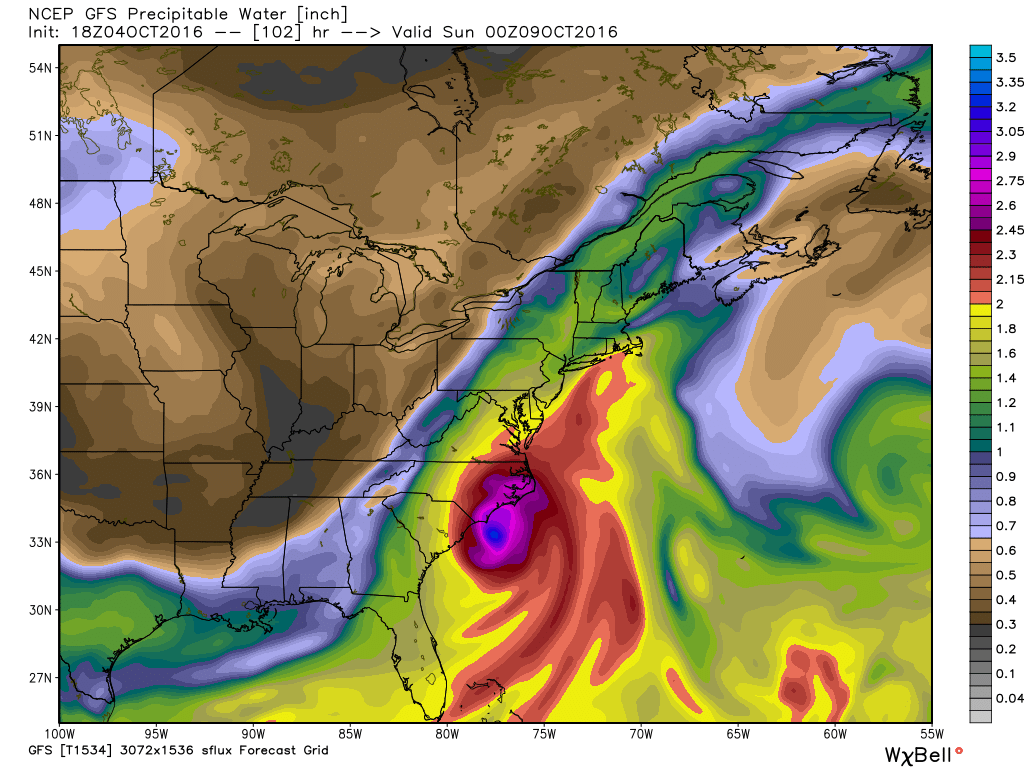 We'll update the forecast as the week continues, but unless there is a very big shift in the next 24 hours I think we can start to breathe a sigh of relief when it comes to Matthew and it's threat to the region.