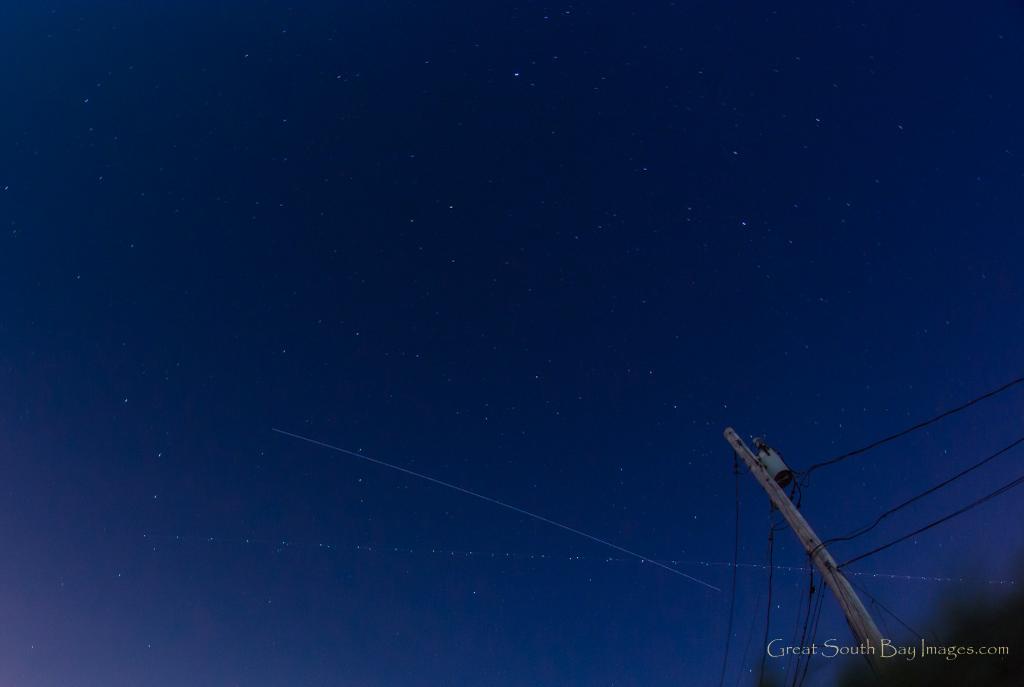 Been keeping up with the ISS (International Space Station) flybys this week? A lot of you have sent in messages after catching this nighttime show - and I have to say there's always something awe inspiring about this somewhat humble looking event. When you're just sitting down on the Earth, looking at that little dot zip across the sky, it's incredible to think what's actually going on. That orbiting collection of metal has people inside, looking down on us from feet up. They're taking amazing photos, seeing our world in a whole different way, taking in sights that a miniscule number of us will ever have the chance to see in person. And they're doing it all while speeding around the planet at 17,000mph! More than a mere dot, I'd say :-)

While the ISS has been great (you can sign up for alerts here, at Spot The Station), there are some other things to keep an eye out for in the nights to come. August tends to be a great month for star gazing because it's more comfortable to be outdoors, there are some quality annual events, and if we're lucky the humidity drops out from time to time as we approach fall.

So far as the weather goes - the next few nights are looking GREAT. There may be some lingering clouds around, especially early on, Thursday evening. But the dew points are going to stay very low through the weekend (mainly 50s to near 60) which helps minimize haze. There's also very little active weather expected after Thursday's scattered downpours, which should lead to an abundance of clear night skies. Get that camera ready!

The Perseid meteor shower is very rarely one to disappoint. I actually remember dragging all my friends out to a baseball field in the summer to go watch it back in high school (they didn't grumble too much about it). The weather is warm, summer days are still going strong, and the night lights up as we plow through debris from comet Swift-Tuttle. Plus, many of us are on vacation during this time, and you don't have to worry about early wake-up calls for the kids (they probably do that on their own anyway).

There's a problem with this year's shower - the moon. It'll be full during the peak, and that's just for starters. It's also the closest Supermoon of the year! Talk about bad luck. A 'supermoon' is when the moon is full at perigee (closest pass in its orbit to Earth). When they coincide, there's a little more light to be had. The moon will be 190,000 miles from Earth, which is about 20% closer than its farthest point of 240,000 miles. Typically, on a dark night, you can spot 50-100 Perseids an hour. But this light, albeit beautiful, is going to pose a problem. 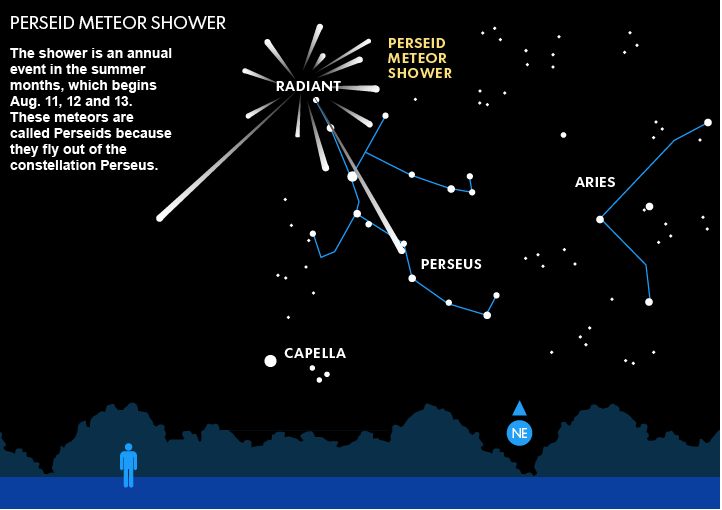 What's a way around this? Start looking up now. There is actually another meteor shower (less prolific), the Delta Aquarids, which is still throwing a few meteors across our sky. The Perseids are slowly building up to a peak, before the flow of debris rapidly falls off after the  peak. So on a good clear night, you're still likely to see some 'shooting stars' (even though we all know they're not stars). Your best shot is going to be just before dawn through the weekend, as the moon will be setting during the middle of the night.

You may notice, next to a bright moon, that there's a twinkling red star. That's not Mars, that's Antares. From EarthSky.org - Antares is the 16th brightest star in the sky, and it's enormous. At our latitude, you can catch it from late spring until the early fall in the constellation Scorpius. Antares is the heart of the Scorpion.

"If by some bit of magic Antares was suddenly substituted for our sun, the surface of the star would extend well past the orbit of Mars!"

Mind blowing stuff right there! It also pushes out 60,000 times more energy than our sun does. 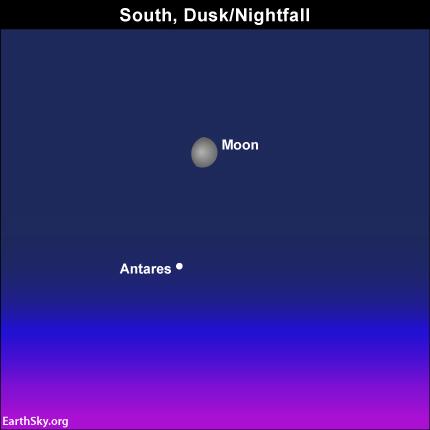 The dog days of August...

I always think it's interesting that people think about August as a sweltering, stagnant month of heat. To me, it's always been the final breaths of summer as days get shorter, average temperatures start to fall, the specter of 'back to school' starts to come around again, etc. But I digress. In any case, the 'dog days of August' doesn't necessarily point to heat, although I suppose it does in a roundabout way.

Early astronomers easily tracked a very bright star in the sky called 'Sirius' in Canus Major. You guessed it, Sirius's nickname is 'The Dog Star.' It's easy to figure out why  it was noticed hundreds of years ago- it's the brightest star in they sky outside of our own sun! It's easiest to spot early on in the year, but the ancients noticed that it ended up rising and setting with the sun during late July and into August. They reasoned that perhaps, since they were both next to each other in the sky at this point and directed right at us, that this is what produced some of the hottest weather of the year. 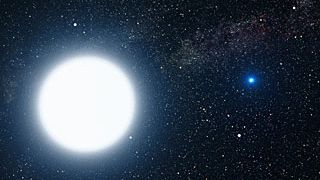 Of course, we don't get much heat from Sirius. It's half a million times farther away than our own sun. Even though it's much brighter than our own, that's a long distance for thermal radiation to travel. But its location in the late summer sky gave name to the dog days, which we still talk about today.