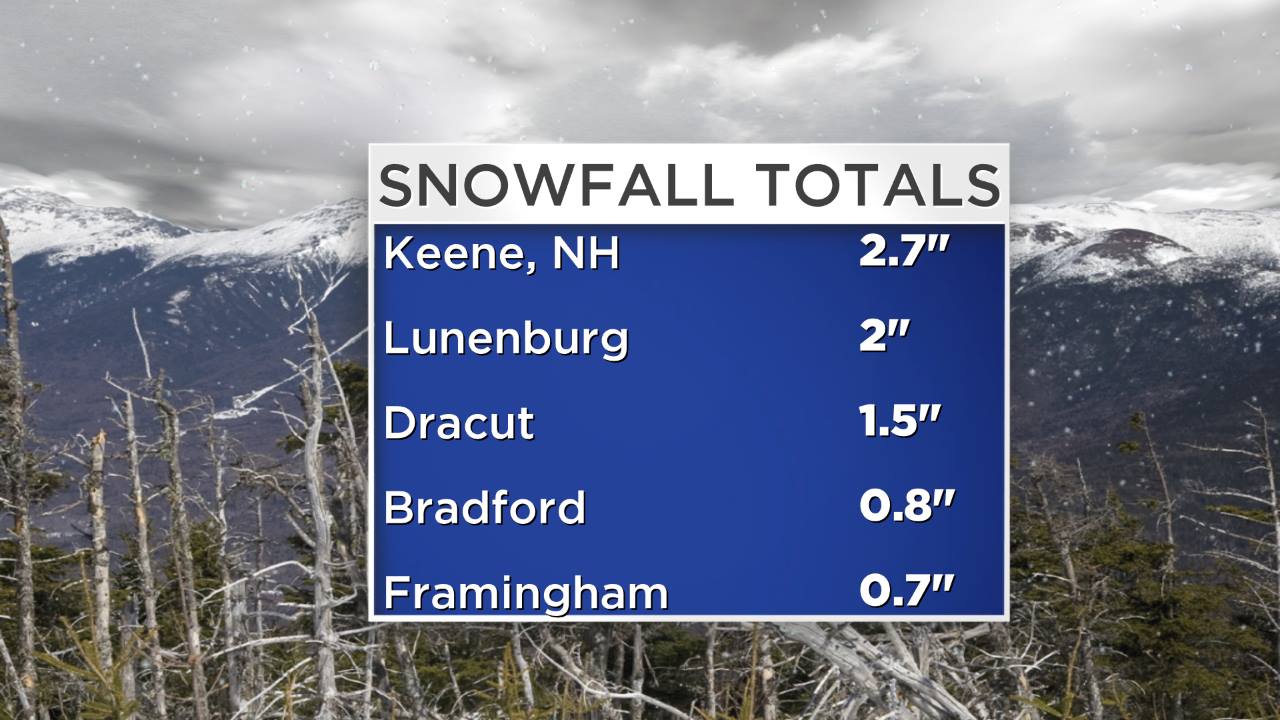 A quick-moving and weak system dusted up the ground today - a day late for a White Christmas! Didn't get word of any major issues except for some slow travel on area roads, and most reports were for a coating to 2". A couple spots in the Monadnock region picked up 2-3", like Keene and Marlborough. You can check out the full list from Skywarn spotters via NWS Taunton. Be very careful out there on the roads and sidewalks overnight with lows in the 10s to low 20s. All untreated surfaces will be slick - great night to toss some ice melt out on the front steps.

The snow will cause more substantial issues in parts of Vermont and Maine, which are still recovering from the weekend ice storm. It's been so cold out that very little, if any, of the ice has melted in many communities. The snow, which in the most severely impacted areas is ranging from 3-7", clings on to the ice and adds weight to the trees and lines. As a result, there may be more outages developing overnight. The Red Cross is still operating several shelters in the state with thousands still in the dark. A thaw is very much needed!

As we head toward the post-Christmas weekend, the weather will take a little breather. Friday looks bright and breezy with seasonable temperatures topping out in the low/mid 30s. Some upper 30s are possible out on the Cape & Islands. Most of the light snow we saw Thursday should melt away, and travel around the region shouldn't feature any issues. On Saturday a warm front will drape across northern New England, and we'll be on the milder side of it here in Southern New England. Highs will pop up into the 40s with a westerly land breeze and a nice mix of sun and clouds. If you're headed north to visit family or hit the ski slopes, cloudier skies should be the rule. Looks like a perfect start for Frozen Fenway on Saturday evening! 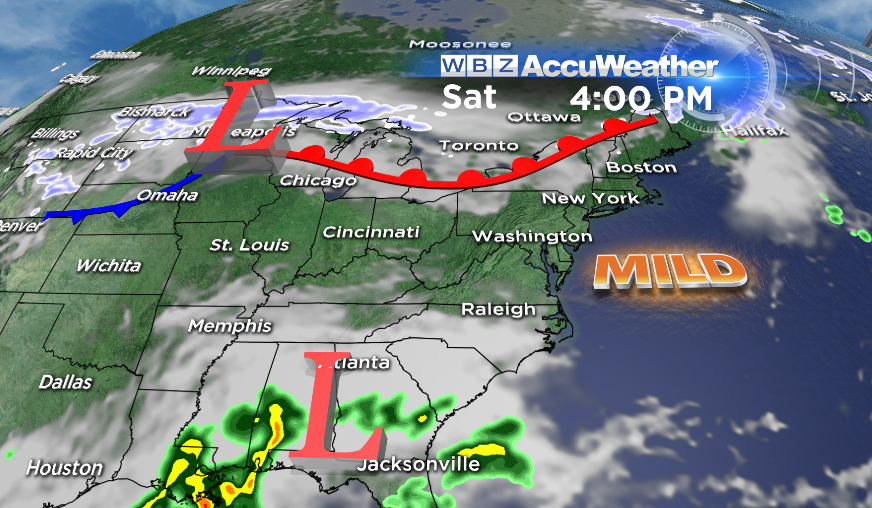 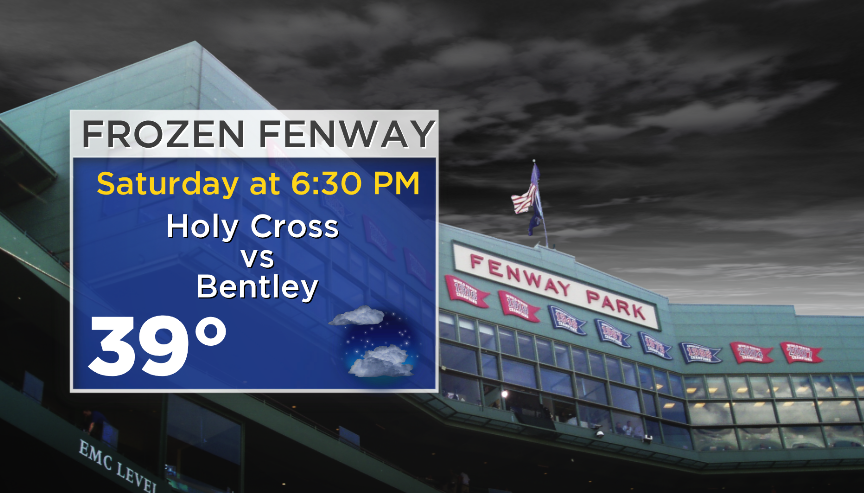 The next storm we're eyeing heads in on Sunday. This will be a potent, quick-hitting storm that will get its origins in the Gulf of Mexico, grab some moisture, and rocket up the East Coast. Being a few days out, there are of course still a few question marks. Namely - the exact track, timing, and projected rain/snow lines. Clouds should overspread us here very quickly on Sunday morning, and I think the leading edge of rain should arrive by midday or early afternoon. With a track like the one depicted by many of the models, we'd often be talking about huge snow here in New England! It's the absence of Arctic air in place for the onset of the storm that makes this a bit of a trickier call. 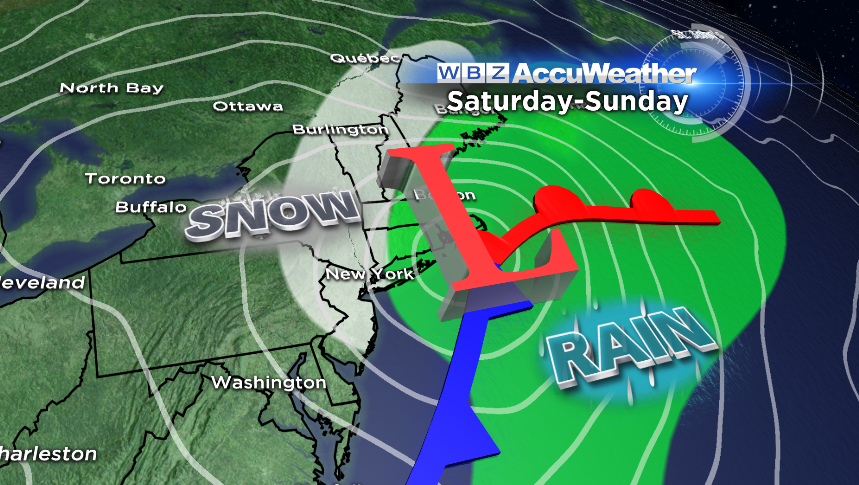 Temperatures will be borderline at best to start, mainly in the 30s to 40s (South Coast & Cape). Above the surface (layer up to 700mb, etc), thicknesses will be very close to cold enough for snow. For now the best shot of snowfall looks to be across the Berkshires, Route 2 corridor, and up into VT/NH/ME. If the precipitation can come down heavily enough it may help cool the column and transition more towns over to snow, and there appears to be great/strong ascent during a small window being picked up on by the models for this system. Sitting here 3 days out, I'd say the possibilities range from 3" to 10" across our forecast area! So yes, there's still some work to be done. And with the borderline temps, we'd probably be thinking about a heavy wet snow type.

For coastal communities (especially SE), it's likely going to stay a rain event. Gusty winds will develop as well, but fortunately the fast speed of the storm should help to limit some of the impacts. All of it will be gone by Monday morning. The highest risk for snow looks to be the ski areas, which could really use a blast of the natural stuff after last weekend's warmth & rain. The Patriots game looks like a mess, with heavy rain for the final regular season match-up at Gillette. With temps in the low 40s, a gusty breeze, and pouring rain...it may not be the most comfortable game of the season. 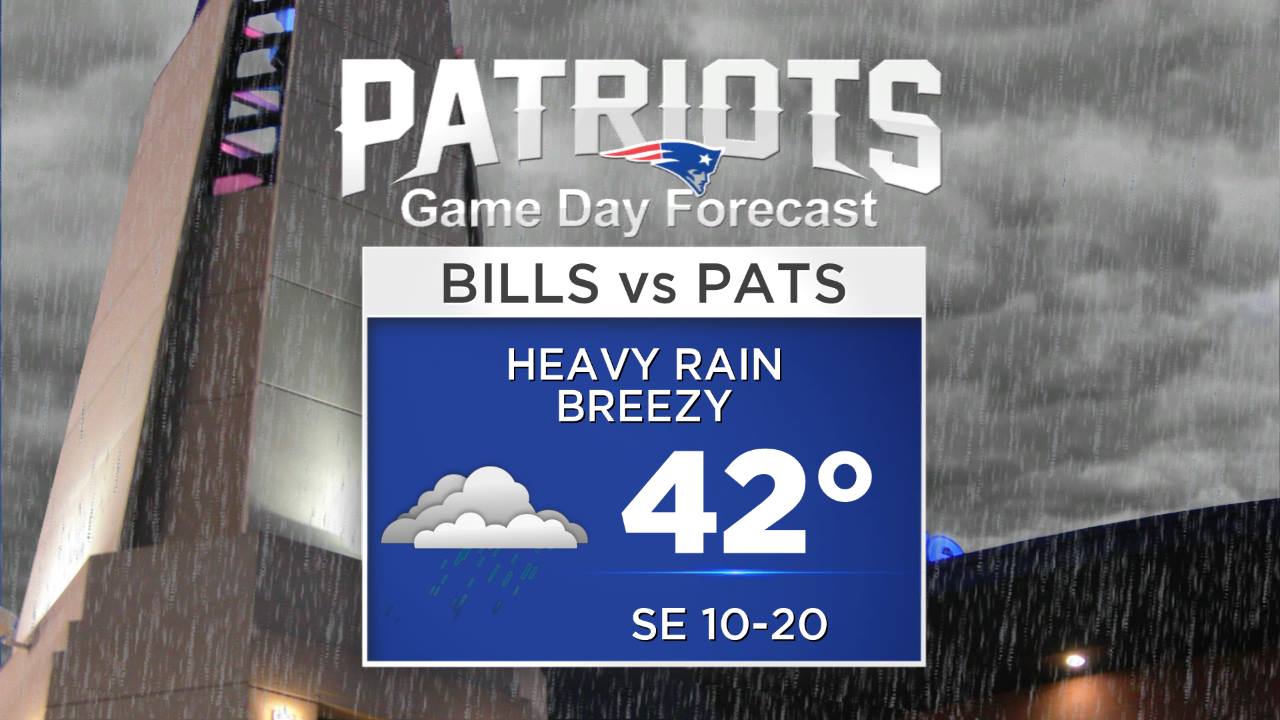 This storm will also be an issue for Mainers, who will likely still have ice on their trees come Sunday afternoon. The low will track just off the Maine coast, and should generate some gusty winds. So while power may be back on to just about everybody by then, the blast of wind and heavy snow could knock them right back into the dark with an even more frigid air mass on the way. This is a situation that will need to be monitored carefully. Temperatures will be a *little* milder for Saturday and Sunday before the storm rolls in, and hopefully some melting can take place before the next wintry salvo heads in. 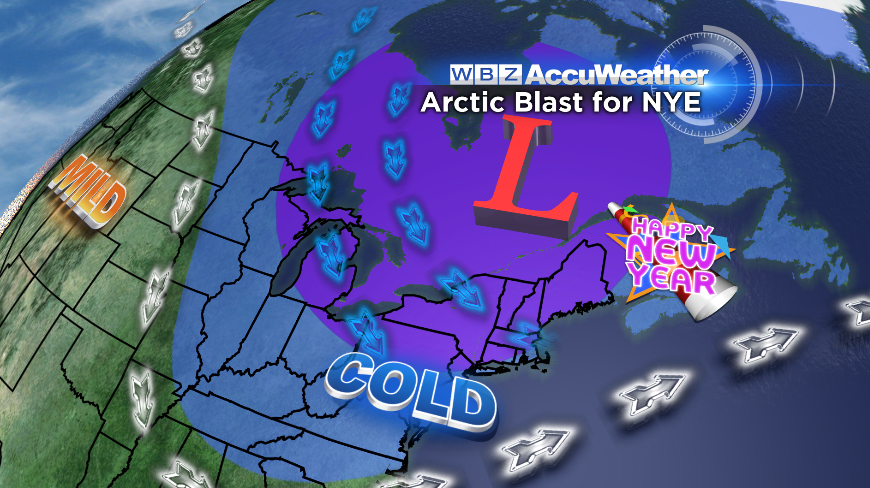 The final day of 2013 and the first several of 2014 look cold to say the least. A piece of the polar vortex will dip down into the Northeast and bring frigid air to ring in the new year. The surge of this bone-chattering air mass is scheduled to start pouring in Monday night. On New Year's Eve, most across the region should be plunging into the single digits, some below zero by the start of New Year's Day. Cocktail dresses may be left at home in favor of parkas and boots this year! We should be looking at a stretch of days in the 10s/low 20s and nights in the -10 to 10º range. Great for ice hockey fanatics who are on the hunt for some thick ice on local ponds, not so great for runners starting their Boston Marathon training. Not to mention Polar Plunges planned for the 1st, which are going to be nothing short of painful! Don't think people will be wading around in the water too long this year.

Also on the lookout for storm potential next week. Models have been hinting at *something* for quite a while now, mainly focused around the 2nd/3rd/4th time frame. It should snow at least once, the question is whether it's a clipper that strengthens or a full-fledged nor'easter barreling along the coast. Still a little too far out to tell, but something we're definitely keeping a wary eye on. 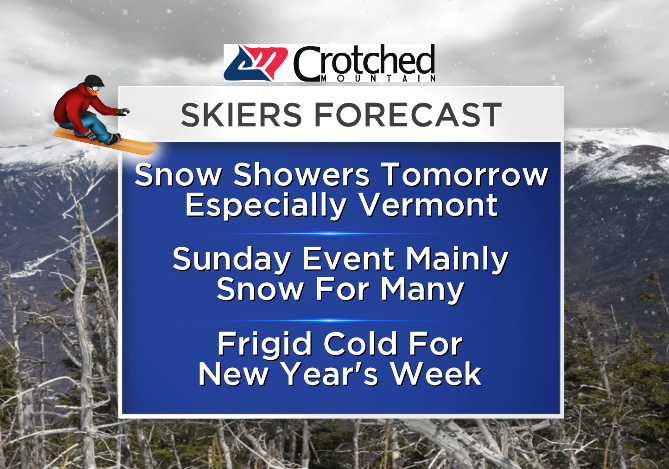