The first commercial radio station in the country, WBZ NewsRadio 1030 has a long and storied history. The staff has told audiences countless stories over the years. But here are a few you may not know about. 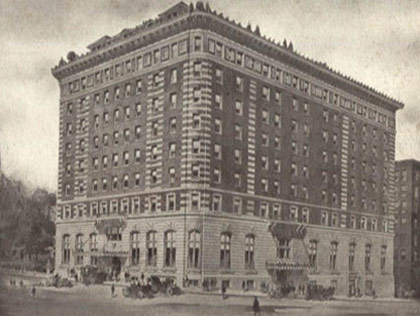 WBZ was the first radio station in the country to receive a commercial license. The first live broadcast aired on September 19, 1921. But it didn't happen in Boston. WBZ originally set up shop in Springfield, and didn't make the move to Boston until 1924. The move from Springfield was to Hotel Brunswick, which was at Boylston and Berkeley Streets. 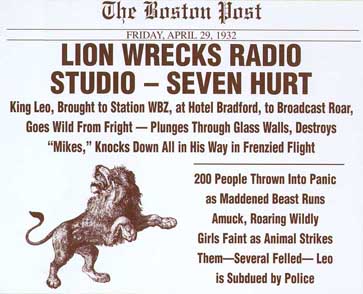 On April 28, 1932, a supposedly tame lion was brought into the studios. It was supposed to be able to roar on cue. At some point, the lion became agitated and rampaged through the studios, injuring 7 employees and causing all kinds of damage to the studio. The headline of the Boston Post reads "Lion Wrecks Radio Studio – Seven Hurt."

When it came to fundraising, longtime WBZ Host Dave Maynard knew how to get creative. He once camped out on a 32-foot raft on the Charles River for as long as it took to raise $6,000 for a summer camp for inner city kids. Topping that bit of hijinks, Maynard ran a penny drive for Children's Hospital. His goal was to raise a million pennies ($10,000). When two months was up, Bostonians had donated an astounding 1,395,597 pennies. 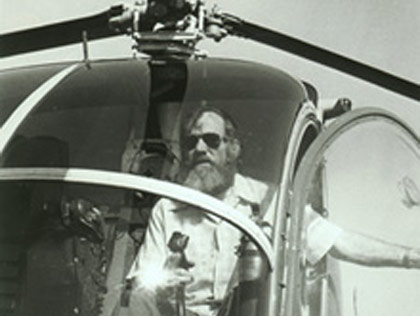 In 1976, a college student wound up stranded on a rock in chilly water in the middle of the Merrimack River after his kayak flipped over. The closest rescue helicopter was on Cape Cod, so veteran WBZ traffic reporter Joe Green was asked to help out. Green managed to position the chopper perfectly, hovering above the river, and he was able to pull the student to safety.

WBZ Radio and WBZ-TV moved to the existing studios back in 1948. About a year earlier, the building's cornerstone was placed. Along with it, a time capsule was buried. It's said to contain a taped transcription of a WBZ program, some 1947 Boston newspapers, a copy of the popular book "Tom Swift and his Photo Telephone," and predictions about the future of radio and TV by various editors of newspapers and magazines. (Wouldn't you love to see what those say?)

Bonus Fact: On August 31, 1954, winds from Hurricane Carol toppled the WBZ-TV tower. A large portion of the building was destroyed. But WBZ Radio survived. The station was off the air for a total of 3 minutes after the incident.

Want to read more? Check out The History of WBZ Radio.